The hunt is on for treasures in Tacoma! 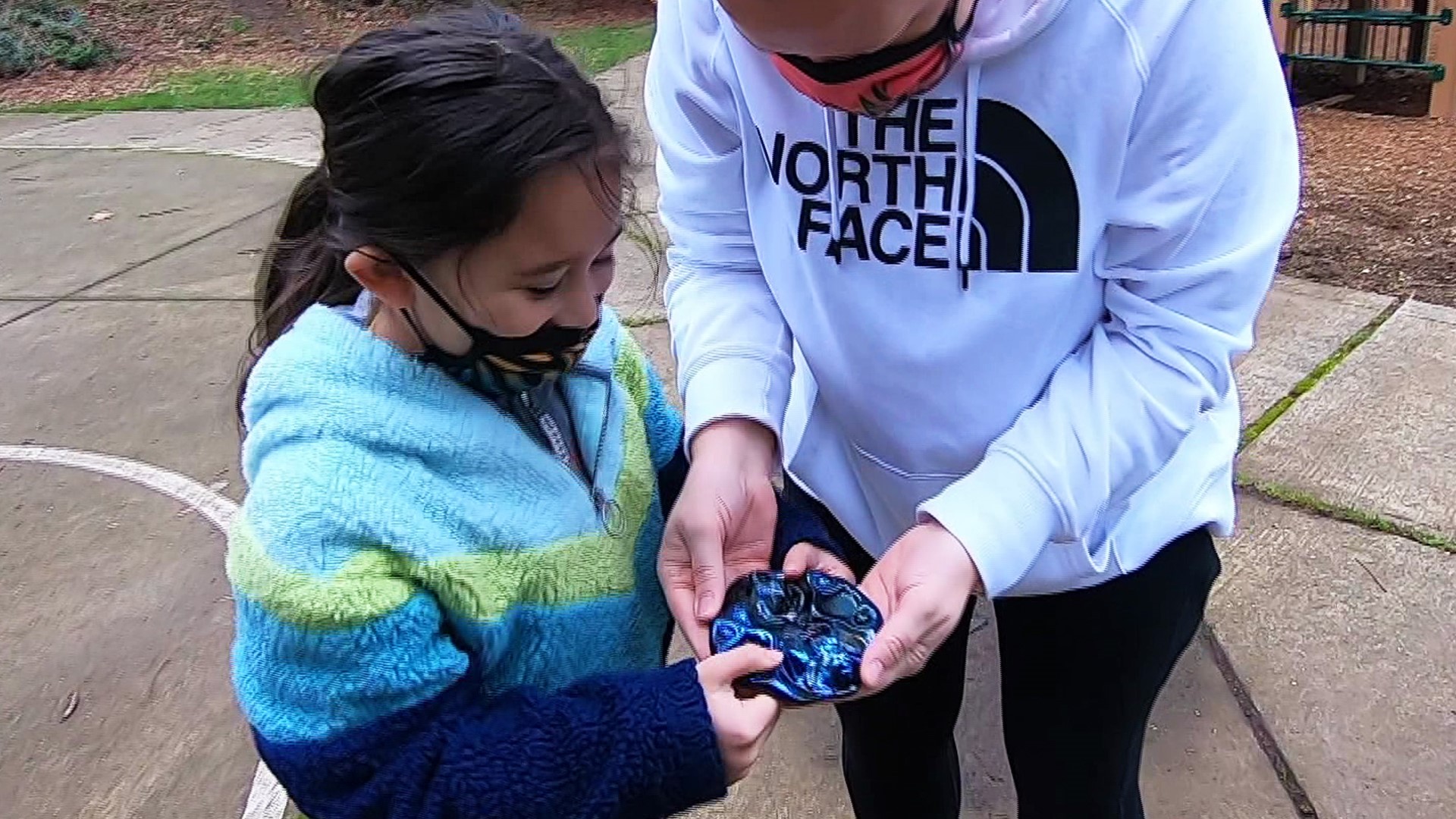 “Today we actually had trouble with school,” says Kelsey Cabilin, “so we're like let's get outside and look for monkeyshines.”

Monkeyshines are just about the most exciting thing you could ever hope to find during these grey Tacoma winter days. They are colorful glass pieces that have been hidden around the city for 18 years.

Who's behind Monkeyshines? A woman who calls herself Miss Monkey doesn’t want to give away her identity.

“We like to keep ourselves hidden,” she says. “It's a guerilla art project.”

Credit: KING TV
The mysterious Miss Monkeyshines has been hiding glass art around Tacoma for 18 years

“We hid them all over Tacoma. People found them and everybody got happy,” she says.

This is the Year of the Ox and 100 people are making and hiding 24-hundred pieces of glass all over Tacoma.

“It was always very important to us from the very beginning that we spread our love everywhere,” says Miss Monkey.

Sam Scalise has been making Monkeyshines since she was 15. But this art teacher has never tried to find one in the wild.

“I have a couple friends and people that I grew up with that look for them every year,” she says. “It's like a tradition for them and their family.”

A tradition that keeps growing. This year prints, paintings, even a skateboard be hidden along with the floats and medallions.

Credit: KING TV
Some of the art pieces you might find in Tacoma this month

There are rules every hunter should know.

“If you find a piece of glass that is awesome.,” says Miss Monkeyshines. “Our rule is only take one.”

“It's always fun to hear stories of people finding them,” says Trenton Quiocho. He carefully packs boxes full of treasures that will be carefully hidden over the next few weeks.

Credit: KING TV
A Year of the Ox medallion

“The glass is out there and it is a treasure for you to find but Monkeyshines isn't about collecting items,” says Miss Monkeyshines. “It's just about giving people a reason to go outside and explore Tacoma which is really the treasure. It's a beautiful, beautiful city."

A beautiful city with beautiful secrets just waiting to be found.