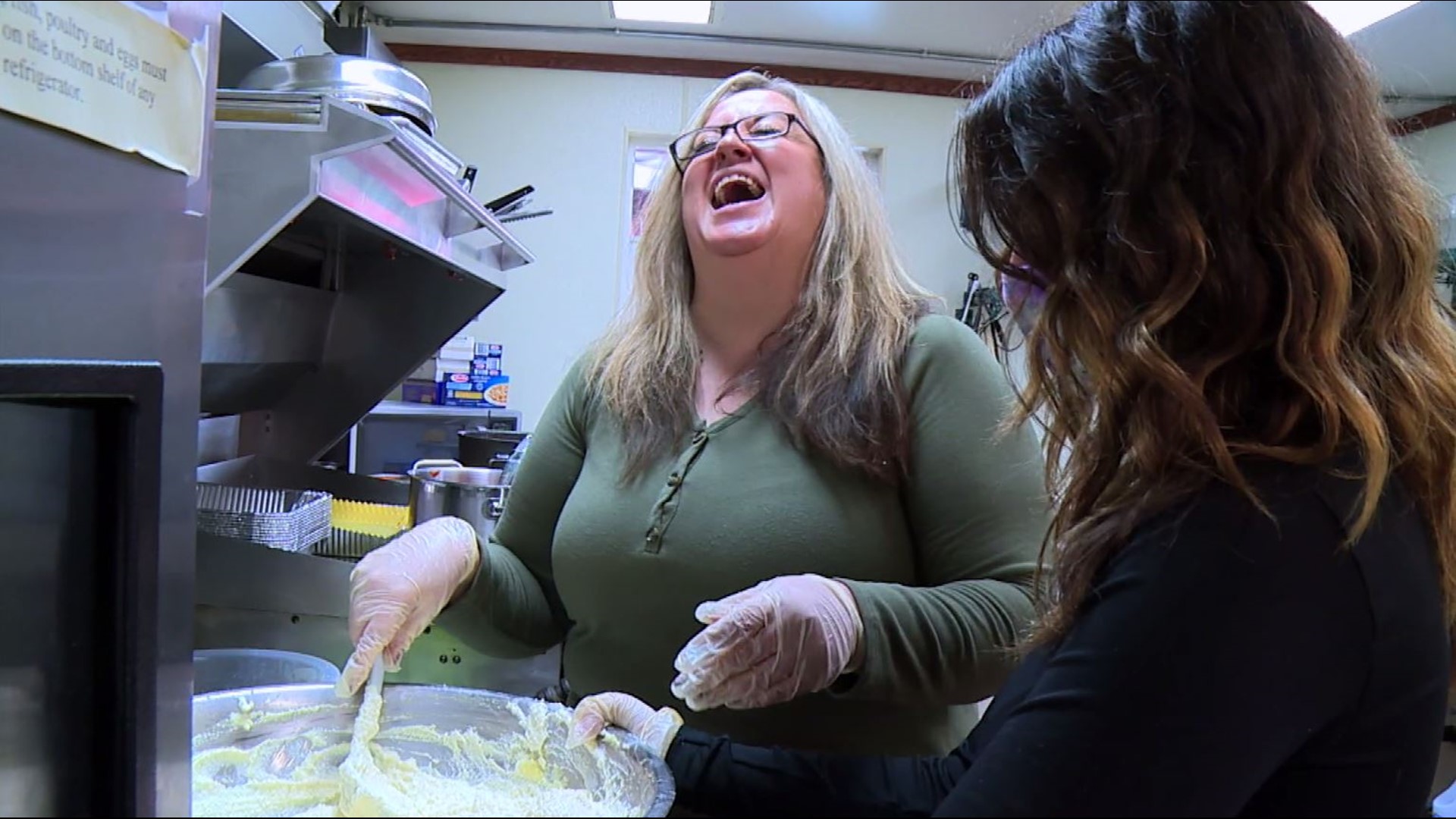 GIG HARBOR, Wash. — When we first met Michelle Brenner at the start of the pandemic, the Gig Harbor woman was spending hours every day baking homemade lasagna she'd leave outside her brightly decorated home.

“So there is no charge to pick up a lasagna,” she told us in April. “If somebody wants something or needs something there's no charge.”

Most of the people picking up lasagna wanted to pay it forward. In just a few weeks she had baked 400 lasagnas and raised more than $5000. Money she put back into baking.

“It's funny each one is different even though they all have the same ingredients,” Brenner says.

She is now making lasagna out of a commercial kitchen donated by the unusually quiet Gig Harbor Sportsmen's Club. Their kitchen would otherwise not be in use and Le Rodenberg, president of the club, is impressed by Brenner’s enthusiasm.

“She seems to have energy that just doesn't quit,” he says.

Brenner usually works alone--8 hours a day, 7 days a week-- but today she's hitting a milestone: 3500 lasagnas. Well, beyond that original goal of one thousand. Her daughter Ashley wanted to be here.

“We need to go worldwide because everybody loves her lasagna,” says Ashley Brenner. “Everybody!”

“I come from an Italian family so I know lasagnas I think,” says Vic Belfiori. “This is as good as it gets.”

Brenner follows her grandmother’s family recipe. She figures one lasagna feeds ten people. So her new goal is 5000 lasagnas.

“What a great accomplishment it would be to say I fed 50,000 people with my two hands,” she says.

Brenner has been featured in newspapers, magazines and morning shows.

“I got a call from the Drew Barrymore show,” she says.

But Brenner isn't baking for fame.

She says despite its ritzy reputation, Gig Harbor has its share of people struggling. Even Brenner is living on unemployment assistance.

Some of the people picking up lasagnas today donate.
Some might not. But everyone walks out with what  Brenner calls a “pan of love”.

Credit: KING TV
One of 3500 lasagnas Michelle Brenner has made since the start of the pandemic. Her new goal is 5000 lasagnas.

“There's not a day in my life that when I am not brought to tears by a story that I hear,” says Brenner. “And that is what keeps me wanting to do more and to push for these higher numbers and higher goals because, God willing, I will do what I can as much as I can.”