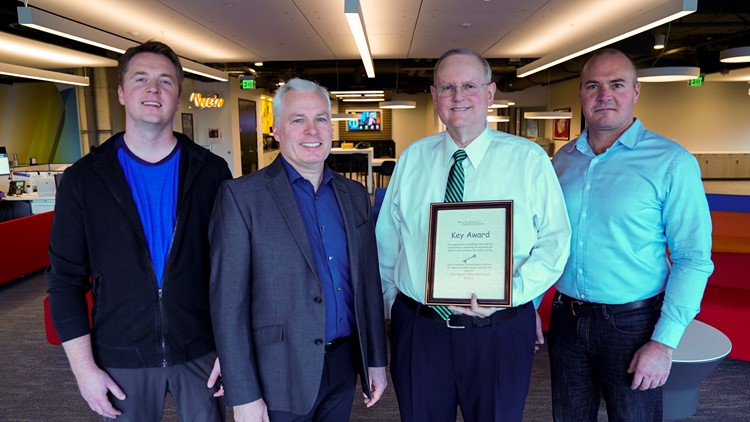 KING 5, the NBC affiliate in Seattle, won a respected Key Award from the Washington Coalition for Open Government (WCOG), recognizing the station for their relentless push for truth, transparency and open records.

“This award is an incredible honor for our entire team,” said KING 5 news director Pete Saiers. “Every journalist at KING 5 takes their responsibility to share the truth with our community very seriously. The Key Award not only tells us that we’re living up to that responsibility, it motivates us to continue to stand for truth and ensure access to public information.”

“One of the most important tools that the KING 5 Investigators use on a daily basis is the Public Records Act. We rely on those records to help us find our way to the truth,” said Ingalls. “I’m proud to work for a company that is willing to fight for that belief in court and I’m honored that The Washington Coalition for Open Government recognized the time and expense that KING 5 has put into this case.”

WCOG is an independent, nonpartisan, nonprofit organization that works through the courts and the Legislature to defend and strengthen Washington’s open government laws and protect the public’s access to government at all levels. WCOG stands for the principle that transparency and public participation are essential building blocks of good government. The Key Award is given to individuals and organizations for going to extraordinary measures to ensure government transparency through the state’s Open Public Meetings Act/Public Records Act.

“Chris Ingalls and Pete Saiers, with TEGNA's support, went to extraordinary measures to expose grave health issues and deaths due to mold in the operating rooms at Children's Hospital. At a time when media companies are pulling back on these lawsuits, we applaud these efforts and the dedication to transparency. Their efforts remind us that public information can, indeed, be a matter of life and death,” said Juli Bunting, executive director of WCOG.

All Key Award recipients will be honored at WCOG’s annual Madison-Andersen-Bunting Award Breakfast in September.