The crew covers both fire and emergency medical services and wants to inspire other women to get involved in the field. 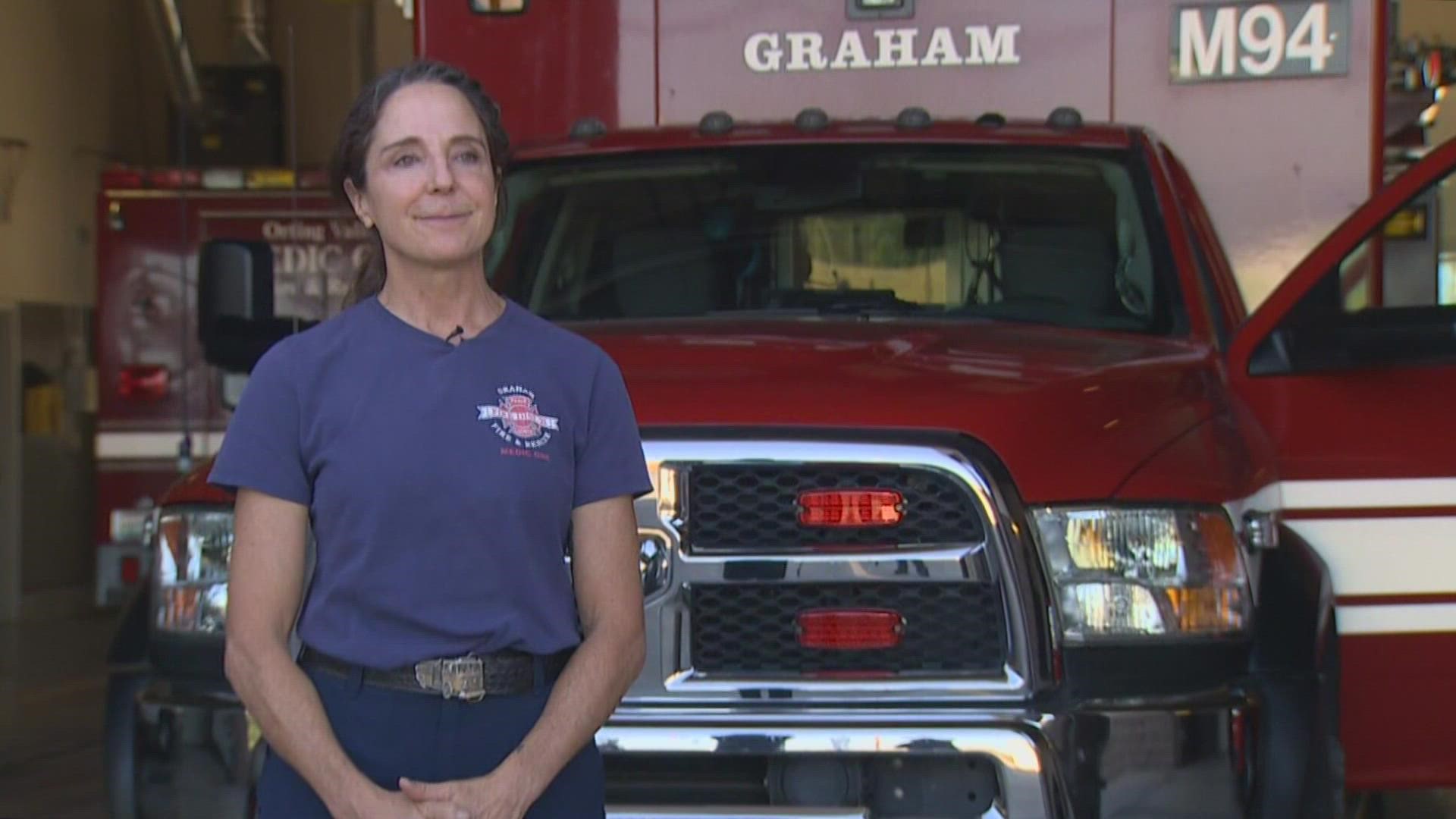 GRAHAM, Wash. — For the first time in Graham Fire & Rescue's history, the department has an all-female crew.

"It can be a challenge to really have women even be interested in the fire service," said Graham Fire & Rescue Lieutenant Jill D'Len. "Not a lot of women think that it's a career that they can possibly pursue. So that's why we're here, to show women you can do anything."

The group of five women staffs the ambulance and the fire engine at one of the department's five stations.

"There's a lot of hard work, a lot of time and practice in researching to be a firefighter, but we are here to say you can absolutely do it," said D'Len.

The crew was brought together because of Georgia Daniels, a veteran of the department who plans to retire at the end of September.

"To see these young women come up and learn the job and be so excited about it, I really regret having to leave," explained Daniels.

Daniels joined the department in 1995. She graduated with a degree in criminal justice and planned to work with the fire department for a short amount of time, but that turned into 26 years of service.

She said there are aches and pains and difficulties she had to overcome to learn the job, but she has no regrets about her career. Mentally, she's ready to retire, she said.

"I wish I could start back over and do it all again," said Daniels.

Graham Fire & Rescue is growing, and this female crew is hoping to inspire more women to become firefighters.

"I think a lot of people don't look into it until they see a female firefighter on the rig, and then they think, 'Oh, I can do that too,'" said D'Len.

Next month, the crew will lead a female fire camp planned for high school students.

"We're going to run them through the day in the life of a firefighter and have women there to empower them and show them this is something they can do," said D'Len.