Tribal members say more needs to be done in telling the story of the tribal connections to the land, and some believe the tribes should be the ones in charge. 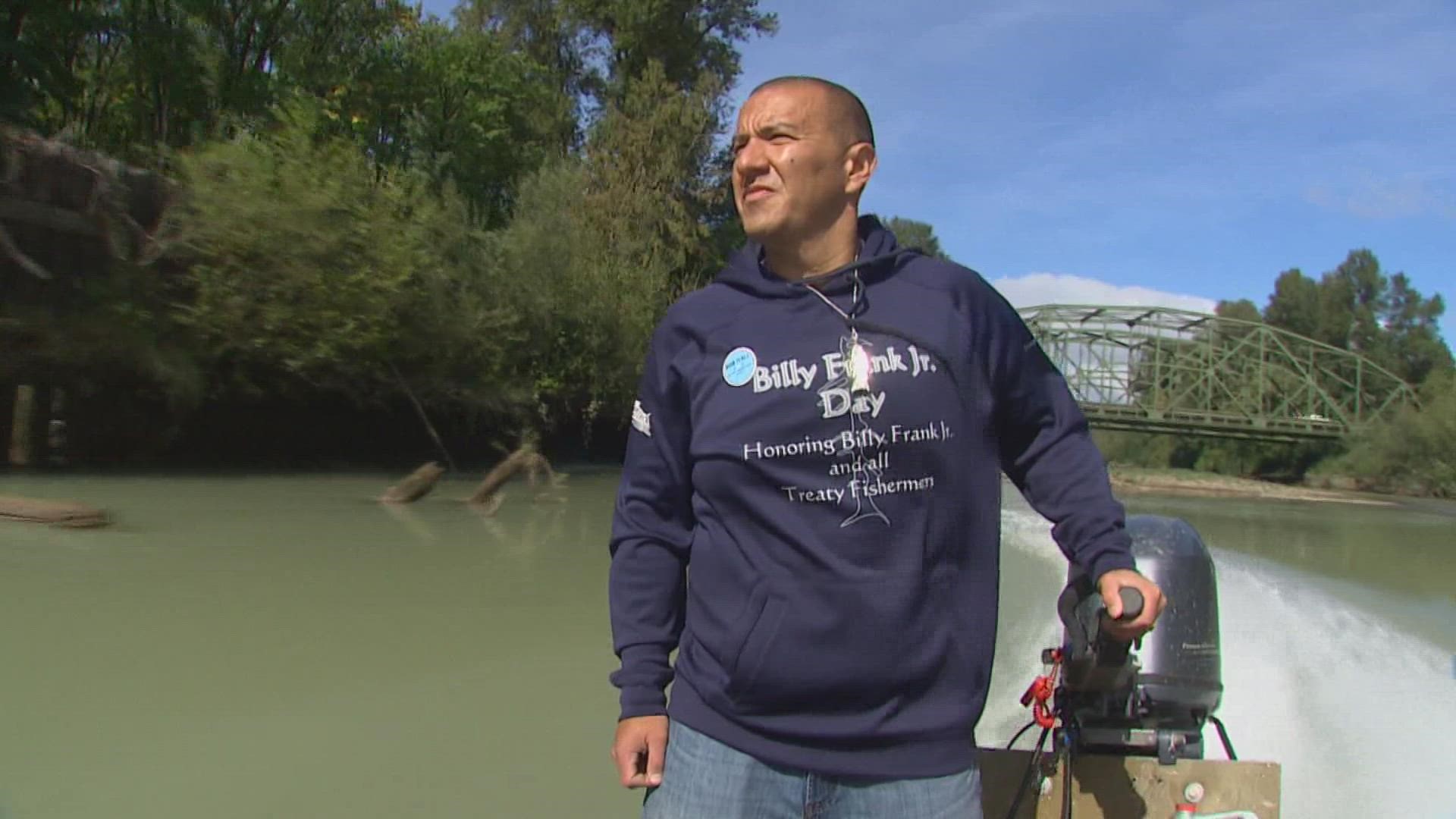 Tribal members have a better idea: give park properties to Native American tribes with historic connections to the land.

“When you say, ‘Is that a crazy idea of us running it?' No, we’ll always be here. We aren’t going nowhere. The crew running it now, there is no continuity,” said Hanford McCloud, council member for the Nisqually Indian Tribe.

The tribe has not formally requested a transfer of land, but it's an idea the tribe is pursuing.

McCloud supports the idea of returning lands owned by the federal government, in the form of national parks, to tribes, the subject of an article in The Atlantic.

McCloud said the National Park System does not do enough to celebrate the history or current relationship between the property and the tribes, who relied on the lands long before they were designated as national parks.

”People who come and visit the mountain, they say, ‘Where are all the Indigenous people? We come to see them. We want to hear their story, not the park ranger.'”

Greg Dudgeon became superintendent of Mount Rainier National Park in July, but he said there is room for improvement when it comes to national parks telling the stories of Indigenous people.

“We can do better,” said Dudgeon. ”I haven’t had an opportunity yet to have the conversations with the tribes that are going to be so important to understanding: what are the stories? How should we be telling them? And is it always appropriate for us to be telling them? And I would suggest likely not.”

Evidence of past tribal connections to the park can be found within the property on trails dating back thousands of years, park staffers said.

The park created a designated area in 2015 for Nisqually tribal members to camp and hold ceremonies.

She said the park has made it a priority to include tribes in efforts to reintroduce wildlife to the park.

According to a press release from the association, the project will “help facilitate regular, robust and meaningful dialogue between Tribes and the NPS.”

Hanford McCloud has trained interpretive staff on the tribe’s connection to the land and he’s briefly featured in the educational film played at the Henry M. Jackson Memorial Visitor Center at Paradise.

But he said more needs to be done telling the story of the tribal connections to the land, and he believes the tribes should be the ones in charge.

”These legends, they go back thousands of years to our people. And when we tell them, it gets you excited,” said McCloud.

”It’s unfortunate we still have this battle going with the federal government to try and get our land back that is originally ours,” said Willie Frank, III, chairman of the Nisqually Indian Tribe.

His father, Billy Frank, Jr., was arrested dozens of times fighting for tribal fishing rights. Frank, Jr. is now remembered as a civil rights hero. His statue will soon represent the state at the U.S. Capitol in Washington D.C.

Frank, Jr.’s son said the tribe has new allies in this latest battle with the federal government.

“I feel like, with this current administration, this is going to be one of the best shots we have at it,” said Frank, III.

A spokesperson for Interior Secretary Haaland said the department would not comment on the matter, but in an email, wrote, “We are committed to our trust and treaty obligations at Interior, which includes collaborative management of federal land.”

The Nisqually and Squaxin Island Tribes have reached out to the Interior Secretary's office, inviting the secretary to tour their reservations and to discuss accessing national park property.

“We would want to explore, along with our brothers and sisters, in acquiring land back,” said Ray Peters, Squaxin Island Tribe’s Intergovernmental Tribal Liaison.

Peters said at the very least the Squaxin Tribe would like more of the park set aside for use by the tribe.

In a KING 5 News poll, conducted in October, Survey USA asked 650 adults across the state of Washington if the U.S. government should return national parkland to Native Americans.

Results were split with 43% of respondents saying yes, 32% responding no and 25% said they were not sure.