The model minority theory stereotypes Asians as smart and able to achieve more success than other minority groups. However, advocates say this is a dangerous myth. 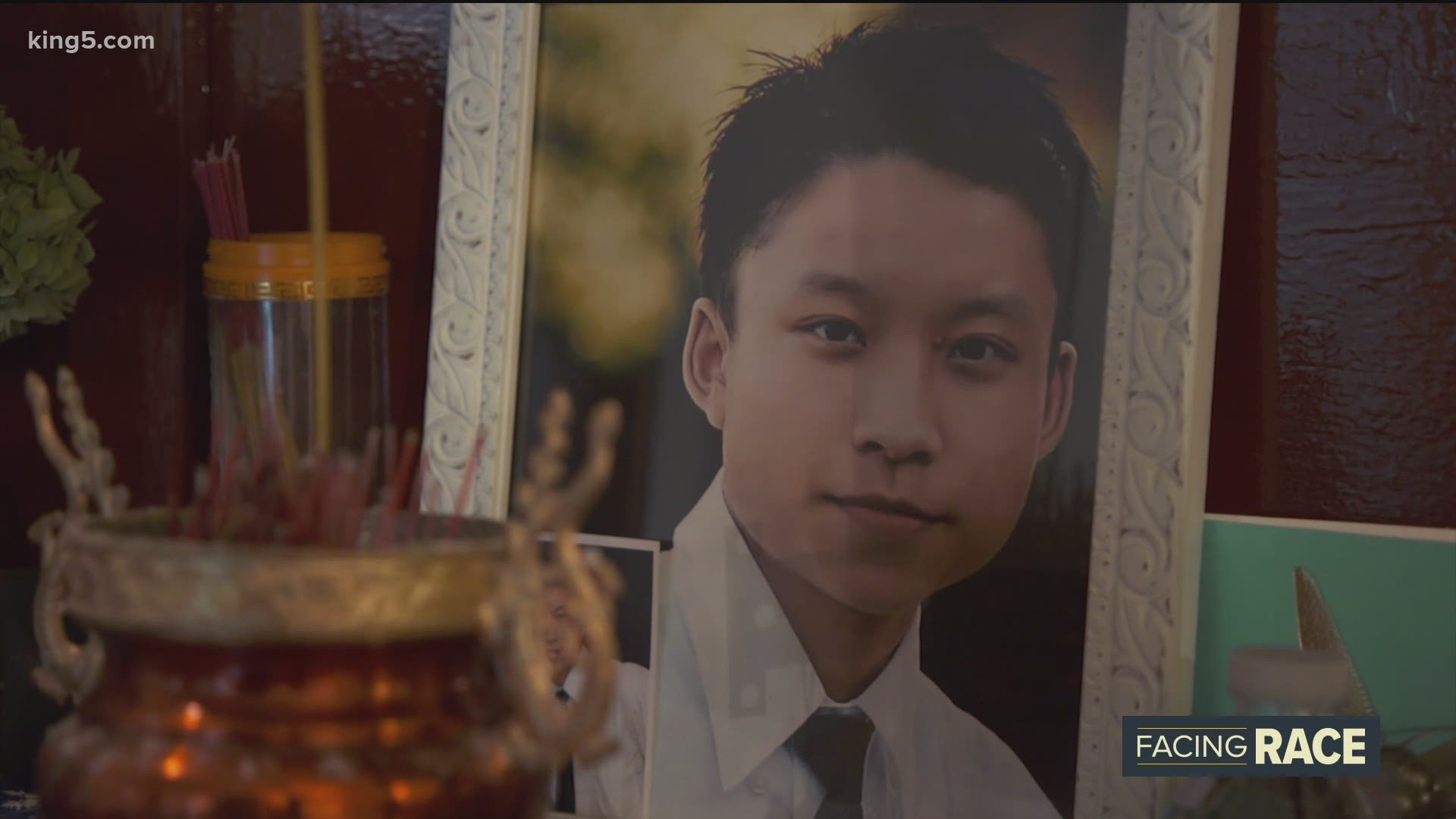 SEATTLE — Beneath the smiles, laughter and conversation that fill the Le home in South Seattle, there is an emptiness that just doesn't ever seem to go away.

It's an unmistakable grief that comes with losing a child, nephew and grandson.

"We still celebrate his birthdays even though he's not here. We miss him and it's difficult knowing he's not around," said Uyen Le, Tommy Le's aunt.

In 2017, a King County Sheriff's Deputy shot and killed Tommy in Burien. He was 20 years old and set to graduate from high school the next day.

The sheriff's office told the family Tommy was threatening neighbors with a knife and charged toward deputies with the weapon in hand.

But the family couldn't believe it. How could Tommy, a dedicated student, avid reader and chess player who loved his grandmother more than anything, suddenly become a violent criminal? His family described him as gentle and obedient.

Credit: KING
A photograph of Tommy Le in the Le family home.

"It just was so shameful, and they just villainized him and made him look like a criminal or some bad person that deserved to, you know, be killed, because he was attacking, you know, people and officers," said Uyen. "And then to find out, that's not even the truth."

The truth is the deputy shot Tommy in the back. The sheriff's office later admitted he wasn't holding a knife but a ballpoint pen.

The deputy was cleared of any wrongdoing, but the family didn't accept that outcome. They filed a civil rights lawsuit against King County and the deputy, demanding accountability and going public about it.

That's a brave and difficult step for most Asian immigrant families.

Police mistreatment against Asians are often unreported, because families stay silent and are either afraid to report cases or don't know how to navigate the system.

"First, roughly two-thirds of our community are first generation Americans,” said Diane Narasaki, former executive director of Asian Counseling and Referral Service. “They are immigrants and refugees. In the case of refugees, they may have fled countries where challenging the police is done at the risk of your life. They could have come from countries in which culture stress respect for authority, therefore trust an authority. There is the language barrier as well as cultural barrier. It's oftentimes hard for people to tell their stories."

Narasaki is a dedicated police accountability advocate and was one of the dozens of people who filed a complaint with the King County Sheriff's Office about the outcome of the internal investigation. That complaint led to an independent review of the case by the Office of Law Enforcement Oversight (OLEO).

Narasaki says because Asian Americans are often depicted as model minorities, many assume they live without any problems and do not experience racism. The stereotype, which characterizes Asians as smart, hard-working and able to achieve greater educational and financial success compared to other people of color in our society, can be harmful for a number of reasons.

Narasaki applauds the Le family for going public with their pursuit for justice. Their voices have already led to change and police accountability.

The outside review of the Tommy Le case by OLEO blasted the internal investigation conducted by the sheriff's office, saying it failed to include critical facts before determining the shooting was justified. The report included 29 recommendations for the sheriff's office, which has already made changes to the way the department investigates use of force incidents.

The Le family remains hopeful they will see justice.