Study finds link between racist housing policies of the past, heat exposure in the Northwest

Facing Race looks at the recent heat wave that roiled the Pacific Northwest and at who was hit hardest. 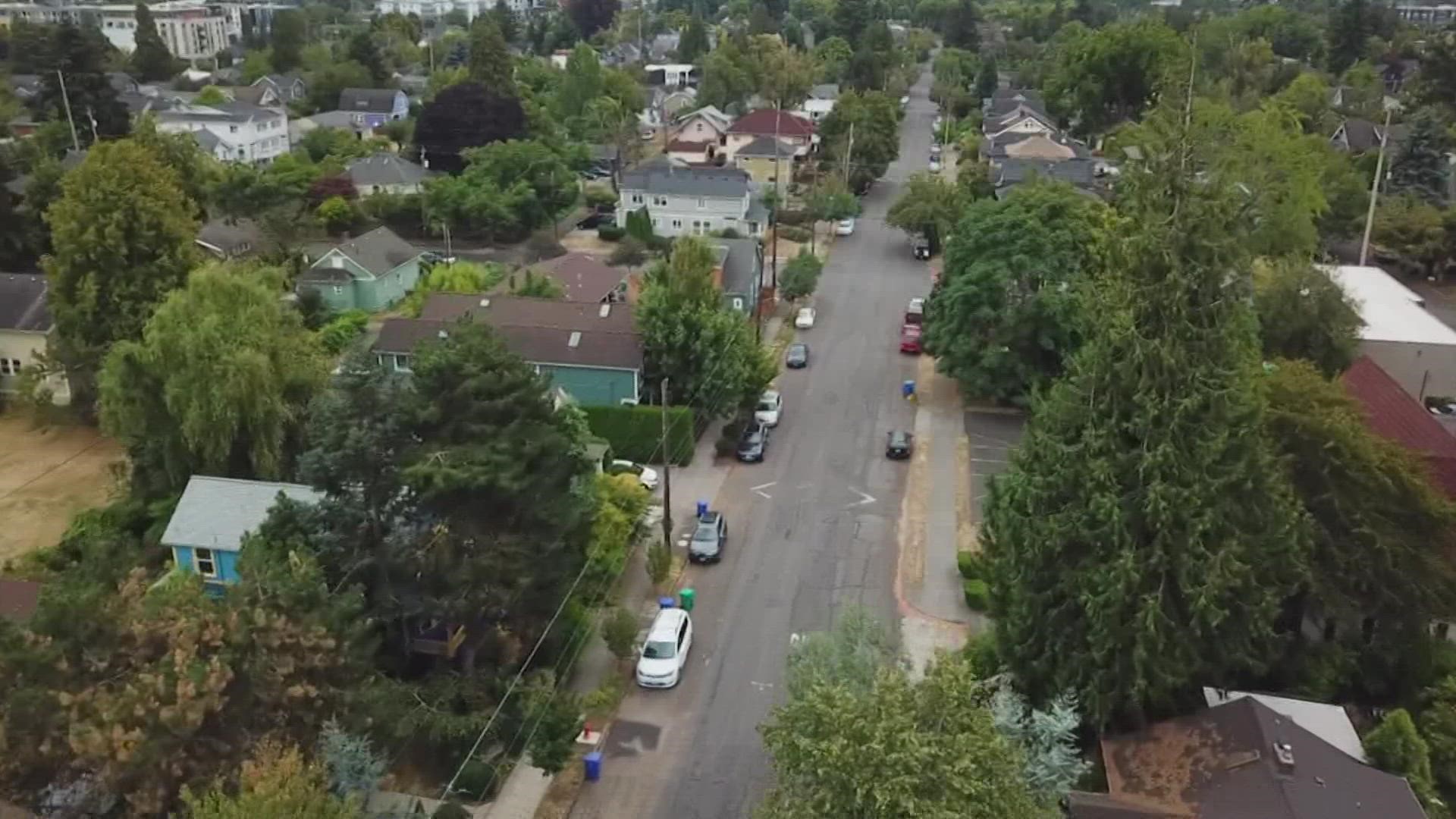 SEATTLE — Byrd is a Portland native who goes by one name, and she is on one mission. She is working to help her community survive the next heat wave because she says the death toll from the last one is so devastating.

She began taking matters into her own hands, coordinating with community members to collect air conditioners and fans.

"We were able to help get fans and air conditioners to about 200 people,” said Byrd.

She wanted to do something after what happened in late June. Punishing heat in the Pacific Northwest sent thousands of people to emergency rooms, and between Washington and Oregon there were hundreds of deaths.

“You seriously could start in east county and drive your way through Portland in the southwest and feel the difference in temperatures,” said Byrd.

A recent study examining heat exposure in urban areas across the country found extreme heat can be more dangerous depending on your zip code. Places with less tree canopy, more pavement, and large buildings retain heat, creating urban heat islands as you find in Portland’s Albina area. That’s where Byrd's family has roots.

"It is a layered issue that did not have to happen,” she said.

Part of that layered issue involves redlining. Redlining is illegal today, but in the 1930s and for the several decades that followed it was a common discriminatory practice of disinvestment with lenders being discouraged from issuing mortgages in certain neighborhoods. In Portland and many other cities including Seattle, banks used a map to highlight what they considered the city's "best" areas in green and "hazardous" areas in red. Albina, with a large black population at the time, was formerly redlined with the hazard being listed as "racial."

Back then, there were also restrictions on where communities of color could live because of covenants.

Kayin Talton Davis works for a nonprofit called Albina Vision Trust. She said that covenants would say things like “no Negro, no Mexicans, no Japanese could buy a home.”

Talton Davis and her husband Cleo are artists who live in Albina. They say over the years a community was built, but racist housing policies of the past combined with construction projects that demolished homes led to more pavement and fewer parks, making Lower Albina one of the places that are disproportionately warmer today.

"Between the 1950s and 60s is when the Oregon Department of Transportation began running highways, I-5 through the neighborhood,” Cleo Davis said. “Just ran a trench right through our neighborhood."

There are studies tracking neighborhood temperatures in Portland and King County. A year ago, Lara Whitely Binder, King County's Climate Preparedness program manager, was part of a heat mapping project. On a July day, drivers set out on 15 pre-determined routes at the same time, collecting temperature data.

Places like north Seattle was cooler than south Seattle, especially near the interstate in south Seattle. It also was hotter along the Renton, Kent, and Auburn corridor, all places where there are larger populations of communities of color. Across the county, at the same point in time, there was a nearly 24-degree temperature difference.

"We were expecting to see the urban heat island effect. I think we were surprised at how high the temperature difference was,” said Whitely Binder.

"As the event set up, it was sobering,” Whitely Binder said. “We broke our records in multiple ways."

Dinah Wilson, the Senior Community Development Block grant coordinator for the City of Kent, said the city worked to advertise cooling centers as a way to escape the heat, especially because a lot of people in the region don’t have air conditioning.

“I was worrying about people who might not have the capacity to respond to the heatwave. We know that people who are disproportionately impacted by heat waves are more vulnerable. They often have underlying health care conditions. They don't have the capacity that someone with means might have to respond to the impacts from extreme heat,” Wilson said.

"Every time I think about it, people died because they were hot in their homes," Byrd said. "It makes no sense to me."

There are efforts underway in Washington and Oregon to plant more trees and find long-term solutions, but Byrd has no time to wait. She's too busy getting ready for the next round of extreme heat.

"What we do know, there's going to be another heat wave,” she said. "You have some of the folks who have been the most targeted, you know, living in an area where you can't even get relief from heat. It is very sad."

That's why Byrd continues to collect air conditioners and fans for anyone in need.

"That's what it is all about. I cannot read another report that a person died because of heat. That's crazy,” Byrd said.