The Paths Intertwined exhibit, which features the work of eight artists, is currently on display at Wing Luke Museum in Seattle. 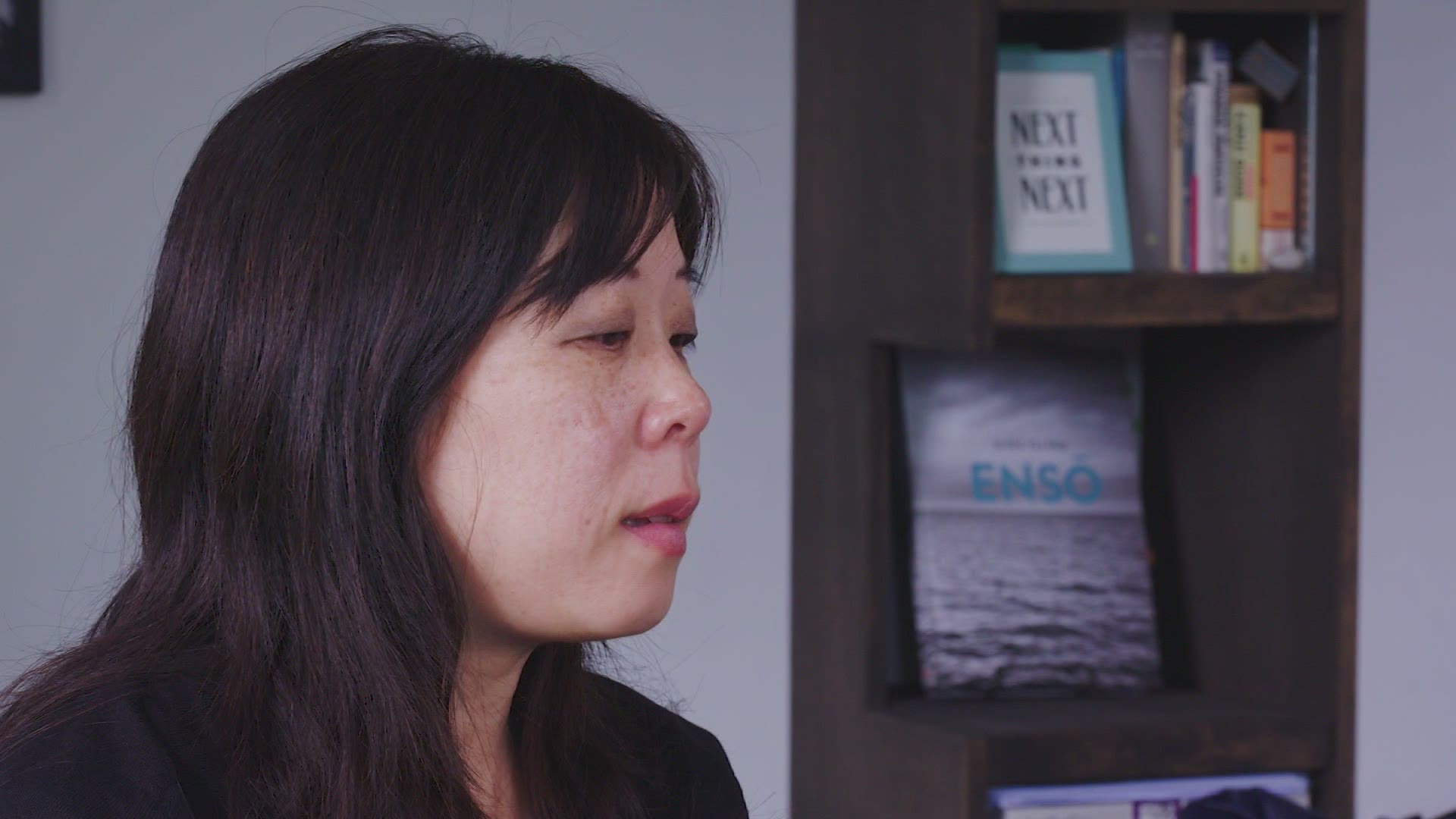 SEATTLE — Shin Yu Pai is an award-winning writer who finds ways to extend her work into other realms by creating poetry-based objects, like photographs printed on leaves and poems hand-stitched on cloth.

Since March, she's seen the surge in hate crimes against Asian Americans, and how those painful experiences have, at times, sparked something powerful.

"I do feel like there is a rise at this moment in Asian American voices and stories, women's voices, women writers claiming their experiences," Pai said.

Work like that is on display now at Wing Luke Museum in Seattle. The exhibition is called Paths Intertwined.

"It is an exhibition that brings together artwork by artists of the Chinese diaspora which includes not only people from mainland China but also Hong Kong and Taiwan," Pai said.

Pai contributed a visual poem written after a trip to a seaside town in Taiwan.

"The community basically takes a period of about three years to prepare for this boat burning that takes place," Pai said. "They load it with broken dreams, misfortunes, and illness, and they just put it all on the boat. The festival culminates in incinerating this boat with fireworks."

"I hope that people viewing these individual artworks get a sense of the richness of the Chinese and Chinese American experience, and the way in which they think about their identities and places where they are from and how that is in part, defining of one’s experience," Pai continued.

"I think it's an excellent idea, you know, to see how these people bring in their roots and background, and showing their art because I think art is universal," said Agnes Lee, one of the artists whose work is on display.

Lee sees art as being more direct than words.

"Words you have to learn the meaning of words, however, in painting the emotion and impact could be more direct," Lee said.