More than 100 students staged a walkout Tuesday at Cedarcrest High School over the school's response to a Halloween photo posted by students. 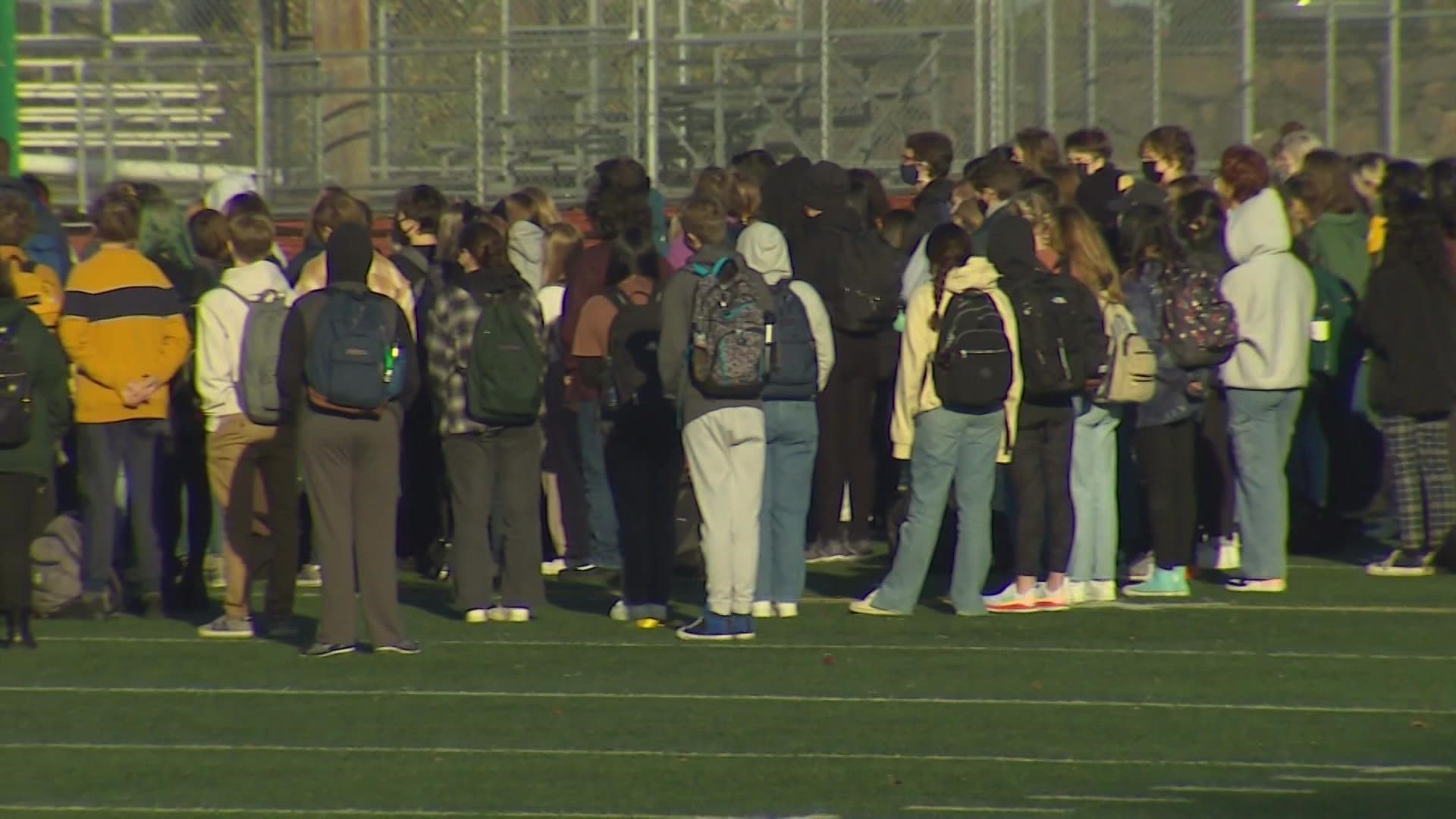 DUVALL, Wash. — More than 100 students at Cedarcrest High School walked out of class Tuesday morning, calling on the district to “take action” after a picture circulating on social media, posted by a student, was called insensitive and racist.

KING 5 is not naming or showing the faces of the students behind the picture since they are minors. The image, posted to Instagram, shows a student dressed as a police officer resting his knee on the neck of another student in an orange jumpsuit.

This depiction, presumably of the murder of George Floyd by a Minneapolis police officer, quickly spread among students of Cedarcrest High School in Duvall. On Tuesday morning, the students organized a walkout to make it clear they don't support that image or how their school handled it.

“As someone who went to the school, as someone who’s lived here for a while, my heart just broke to see something so ugly,” said Cedarcrest alumni Alek Sanchez, whose brother currently attends Cedarcrest.

“It’s not enough for this to be a ‘one off’ or swept under the rug or dealt with. It needs to be a catalyst for a larger conversation and change,” Sanchez continued.

In a written statement, the Riverview School District called the photo “insensitive, extremely inappropriate, and disappointing." While they go on to say they’ll continue to provide a venue for students to discuss their thoughts and emotions, they point out that the photo in question was snapped off campus and outside school hours.

“I just don’t think they have the language or the cultural awareness to understand what these kinds of images can do to communities of color, to people of color,” Celaya added.

Nearly 1,200 students and community members signed a petition calling on the district to hold the students in question accountable.

“They’re still making it known that they’re not going to let things like this stand and they’re willing to fight for our community,” Sanchez said.

District Superintendent Dr. Anthony Smith said he is currently working with students and parents on this issue and said the district is bringing in national consultants that focus on diversity, equity and inclusion.

Smith wouldn’t comment on the students in the photo, citing an ongoing district investigation.

Child and family therapist Toni Williams said a lack of diversity can lead to a lack of empathy.

"At the end of the day, you get high school students who are teenagers getting ready to be 18 and graduate and go out into society who still have these ideals that this kind of behavior is OK, when in all actuality you are contributing to the problem and the perpetuation of racism in that system," Williams said.

She said parents need to have open and ongoing conversations with their children about race and inclusion.