Resources to learn about race, racism and inequity in Pacific Northwest

From books and movies to watch to organizations to partner with, these resources are designed as a first step to learn more about racial inequity in Washington state 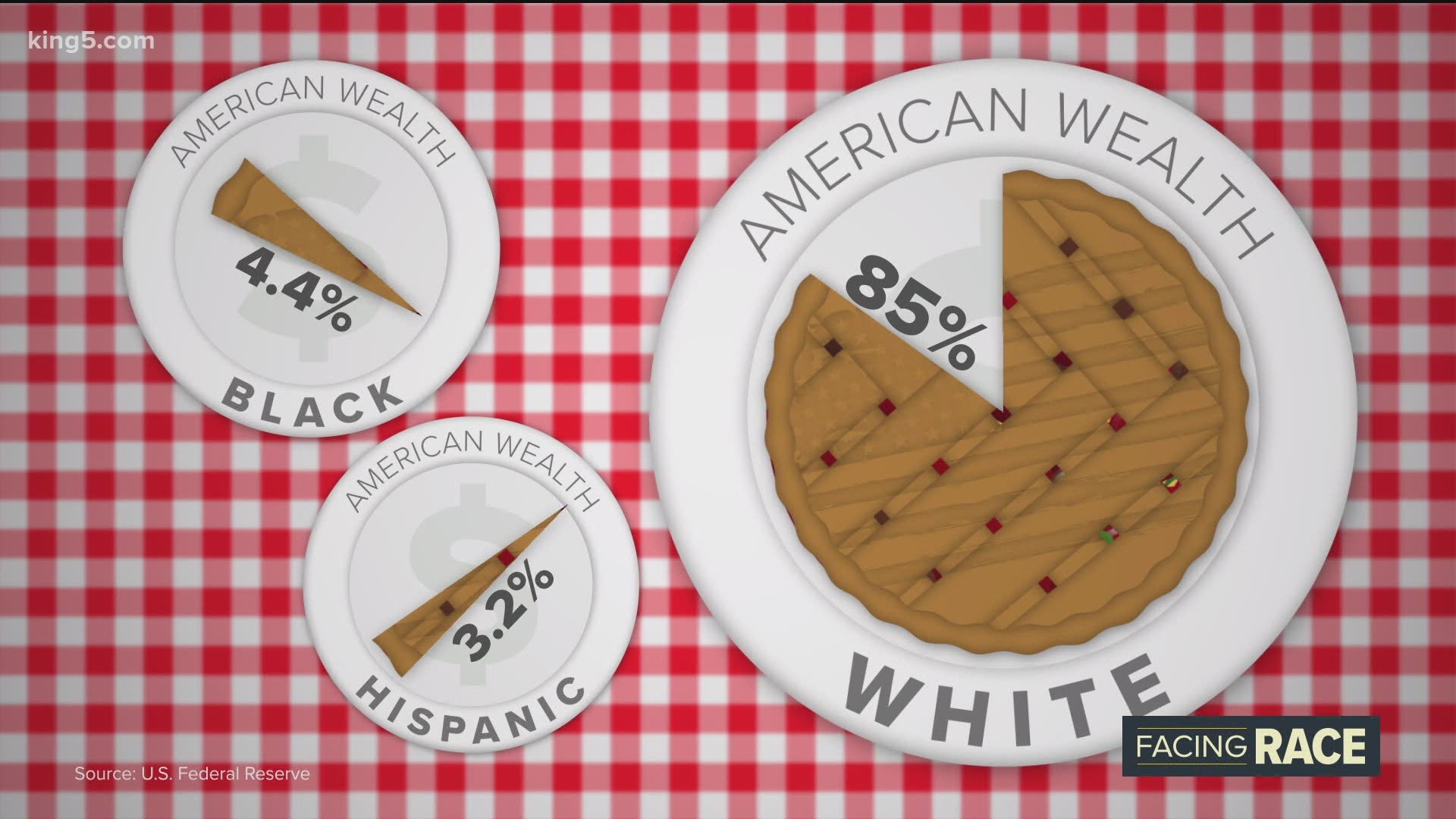 Just starting to learn about racism and racial inequality in the Pacific Northwest? We put together this list of resources, including educational materials, tips for talking about race and ways to take action in your community.

If you have a question about race or want to share your race-related experience, fill out this form. We may answer your question during the Frequently Awkward Questions segment on an upcoming episode of “Facing Race.”

This is not an exhaustive list, but it is meant to be a place to start.

RELATED: Microaggressions may sound small, but they're a big problem

Systemic racism – When institutions and structures, such as government, education and health care, uphold racist policies that lead to racial inequity.

RELATED: Systemic racism explained: Four dimensions of racism and how to be part of the solution

White privilege – Holding advantages or facing fewer barriers than a person of color because you are white.

White supremacy – A belief that white people and culture is superior to people of other races and cultures.

Not sure what term you should use when referring to a person who looks different than you? Check this inclusive language guide from the University of South Carolina Aiken for tips.

Educate yourself about race issues

Race educators say one of the first steps to taking action against racial injustice is learning about the issues surrounding race. Here are a few books and movies experts recommend.

“So You Want to Talk About Race,” by Ijeoma Oluo. From understanding microaggressions to navigating conversations that went downhill, Seattle-based author Oluo candidly answers your questions on race and offers practical tips.

“Me and White Supremacy: Combat Racism, Change the World, and Become a Good Ancestor,” by Layla Saad. What started as a 28-day challenge on Instagram has turned into a workbook for white people to learn about white supremacy, identify white privilege and figure out how to move forward.

“Stamped from the Beginning: The Definitive History of Racist Ideas in America,” by Ibram X. Kendi. If we’re going to understand how to dismantle racism, we need to know where it came from. In this ambitious book, Kendi shows readers how racist ideas transformed from Europe in the 1400s to Barack Obama’s presidency.

"The New Jim Crow: Mass Incarceration in the Age of Colorblindness,” by Michelle Alexander. With millions of Black Americans locked up in prisons, Alexander argues the criminal justice system is a new system of racial control.

“White Fragility: Why It’s So Hard For White People to Talk About Racism,” by Robin DiAngelo. A University of Washington professor, DiAngelo argues white people oftentimes don’t have the skills needed to cross racial divides, which means racial stress leads to defensiveness, anger, fear or guilt – white fragility. However, white people need to work through that tension to help fight racial injustice.

“I Am Not Your Negro.” Directed by Raoul Peck, this documentary envisions writer James Baldwin’s unfinished book and takes viewers through the stories of Medgar Evers, Malcolm X and Martin Luther King Jr.

“13th.” Ava DuVernay’s documentary examines the American prison system and how racial inequity has impacted the criminalization of African Americans.

“The Black Power Mixtape 1967-1975.” Recently discovered footage of the Black Power movement from the 1960s and 1970s is brought to light and combined with new interviews with activists, artists and scholars.

“BlacKkKlansman.” Based a true story and directed by Spike Lee, “BlacKkKlansman” follows an African American police officer who infiltrates a Ku Klux Klan branch in Colorado in the 1970s.

“The Hate U Give.” A 16-year-old girl who lives in a poor, black neighborhood and attends a rich, white prep school witnesses her childhood best friend be shot to death by a police officer. Now she must stand up for what’s right. Based on the young adult novel by Angie Thomas.

Exercises to work through

The non-profit Project Implicit, which was co-founded by a University of Washington researcher, put together a test to examine unconscious thoughts and feelings you have on various topics and help identify bias.

Robin DiAngelo’s checklist, adapted from Dr. John Raible, helps identify areas where you support marginalized groups and where you have room to grow. While following a checklist is by no means the end goal, it can be a helpful place to start.

Tips for having conversations about race

Talking with your kids

There is no “too young” to talk about race. Experts say conversations about race are appropriate for all ages, because kids develop conceptions about race from a young age, even if they don’t get it from you. If we don’t talk about race, Ashlee’ Thomas, a coordinator for local community engagement at the John Perkins Center at Seattle Pacific University, warned it can create implicit bias.

Normalize seeing color. When people say they “don’t see color,” Thomas said this means people are hopeful that we can all be treated same, but that doesn’t reflect reality. Instead, we should teach our kids to acknowledge and celebrate other cultures and identities.

Have many conversations. Race shouldn’t be just one big conversation, like “the talk” you may have with your teenager. Look for small moments with your kids that expose them to people of different races, such as reading books with diverse characters and talking about what you’re seeing.

Talking with other adults

Do your research. While you don’t need to be an expert, Seattle author Ijeoma Oluo urged people to learn a little about the issues happening around you and listen to what Black, Indigenous and people of color (BIPOC) communities say are problems.

Don’t know where to start? Robin DiAngelo and Anika Nailah put together a list of “silence breakers” to help white people open up tough conversations. Examples include: “Can you help me understand…?” and “I’m still working through this, but right now where I am at is…”

Don't turn the conversation into an argument. Dr. Ralina Joseph, a professor of communication at the University of Washington, recommends keeping your tone neutral and asking clarifying questions. You can share your experience but don't try to "beat them down into submission," Joseph said.

Don’t just talk about it. Oluo warned people to not let conversation distract you from taking action and urged people “to talk and do at the same time.”

“Have conversations and learn, but at the same time say, ‘I’m going to trust these people who’ve been doing this work for a long time. I’m going to ask what they need and I’m going to start doing the things that they say they need,’” Oluo said.

How do I become anti-racist?

Know it’s developmental. Being anti-racist doesn’t happen overnight. Dr. Caprice Hollins, co-founder of Cultures Connecting and a race educator, cautioned you will mistakes, but the point is to learn and approach it differently the next time.

“[Anti-racism is] something you constantly strive to be, and you’re doing it more than you’re not,” Hollins said.

Recognize your own bias. Hollins recommends noticing situations where you’re surprised and asking yourself why. For example, if you ask to speak to the manager or your child’s principal, and you’re surprised that person is in a wheelchair or is Black. Why does that surprise you?

Take action. Being anti-racist means you’re constantly challenging the system, your friends and family, or your boss when you see discrimination or injustice happening, Hollins said. If you feel discomfort and there’s a risk at stake, Hollins said there’s an opportunity to learn something from the experience.

“Being anti-racist means other people’s pain is more important to you than that risk you are about to take, and you do that in all aspects of your life,” Hollins said.

Organizations to partner with

Want to get involved? Here are some Seattle-area organizations that are focused on work around diversity, equity and inclusion.

Host a training on diversity, equity and inclusion

If you want to host a diversity, equity and inclusion seminar in your workplace or school, here are some Seattle-area organizations that offer sessions with trained race educators.