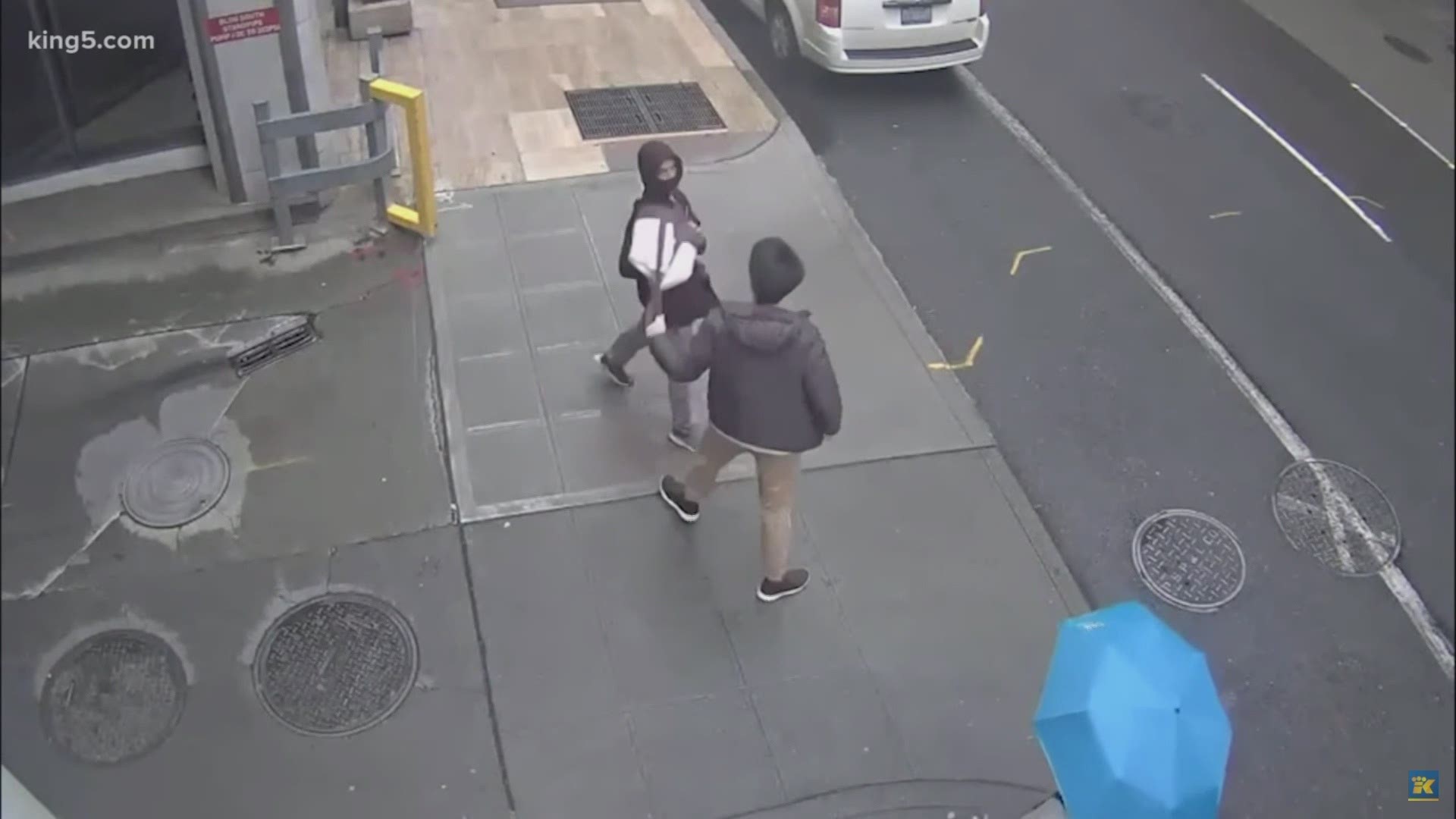 The virtual rally and discussions came on the day the King County Prosecuting Attorney's Office filed yet another hate crime case that targeted Asians, making it the 10th hate crime charged by the office so far this year, and the third that was specifically tied to Asians.

Christopher Allen Hamner was arrested Thursday and charged with violent, anti-Asian behavior, according to the King County Prosecuting Attorney's Office.

On March 16, an Asian woman, who was with her two children at the time, reported Hamner yelled "F*** you, Asian bi***," and punched his fists while yelling "Get out! Get out!" before throwing items at her car, according to the charging records.

Three days later, in a separate incident, two Asian women were in their car when they reported they tried to drive by Hamner. He "cut them off, blocked traffic, and yelled "F*** you Asian," the charging records said. 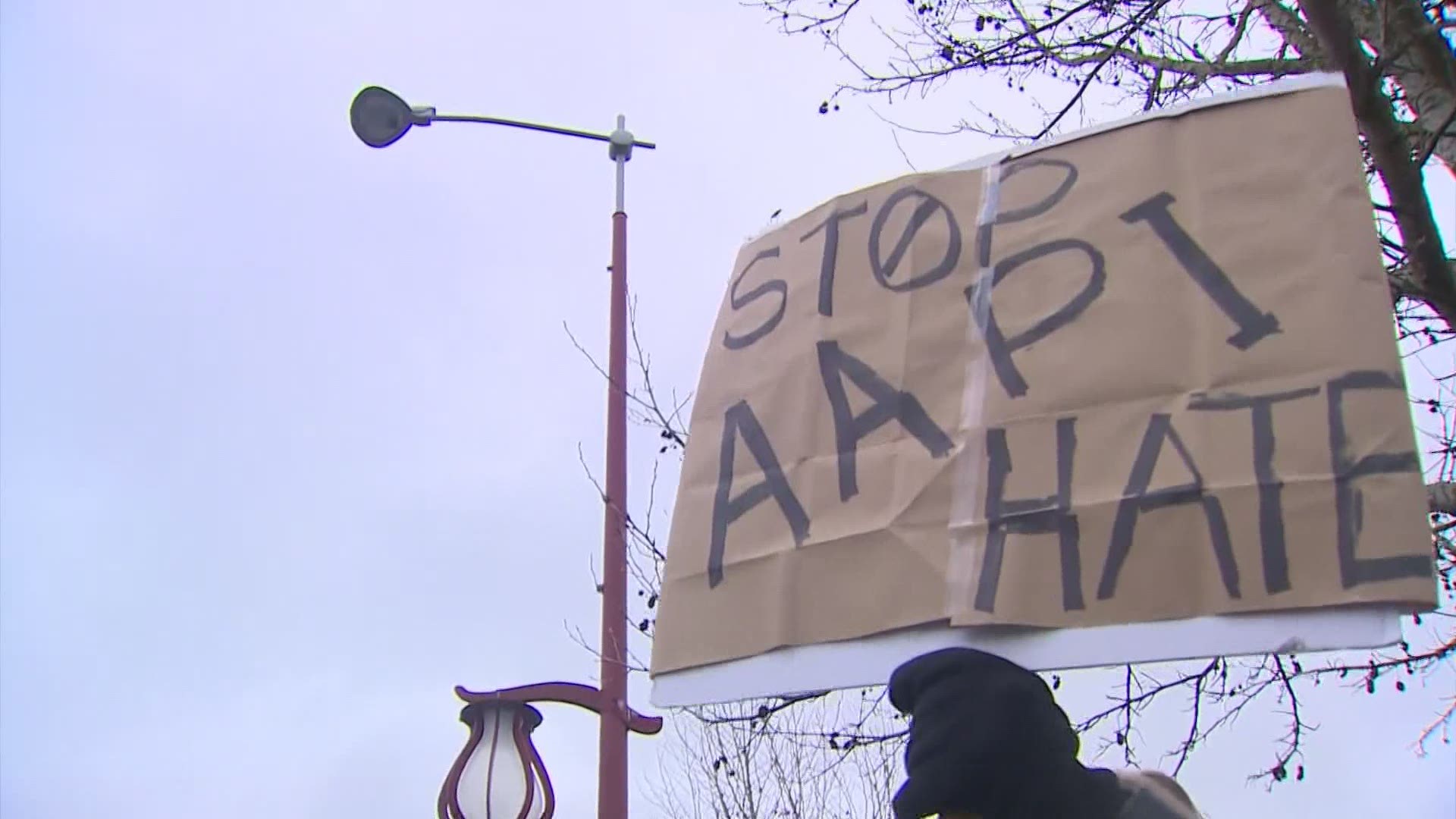 U.S. Rep. Pramila Jayapal of Seattle joined AAPI members to show support for a community that has endured a challenging year amid the pandemic and most recently, spa shootings in Georgia that murdered eight people, including six Asian women.

"I think all of us feel that this is not a simplistic thing that we are talking about when we talk about anti-Asian hate. That there is structural racism. There are the events of hate that happen on the streets," Jayapal said.

She referred to a case involving Noriko Nasu, a teacher who was attacked in Seattle's International District in February. Nasu said her attacker hit her on the face with a sock containing a rock.

"I feel as if I was abused twice. First by the attacker, and second by the legal system," Nasu said in a news conference with Gov. Jay Inslee and other local leaders on Monday.

Sean Holdip, the defendant in the case, was charged with felony assault, not with a hate crime.

Prosecutors and law enforcement alike have said there are challenges in charging incidents as hate crimes if there is a lack of evidence, such as the blurting out of a racial slur.

"Hate crimes against Asian Americans and hate crimes, in general, are not really treated seriously by law enforcement,” Jayapal said in regard to the difficulties in proving hate crimes in the court of law.

“The legal system is not actually set up to believe us," Jayapal said.

Grace Huang, Director of Policy at the Asian Pacific Institute on Gender-Based Violence, said investing in better resources to prevent violence is critical.

"We call upon our communities at large to recognize that racism and xenophobia and misogyny are not mutually exclusive, but our solutions need to integrate all of these intersections," Huang said.

Joon Bang, President and Chief Executive Officer of the National Asian Pacific Center on Aging, remarked on the intersectionality of elder Asians, in particular.

Bang cited a study that asked more than 5,500 people, many of them older Asian American adults, about their experiences with discrimination during the pandemic. More than 60% said they felt a sense of heightened fear, according to Bang.

"Just for being alive and living in this country, while being Asian American," Bang said.

Community leaders continue to provide platforms for dialogue on the issue, including an event that highlights Asian American women's history.