How to help kids of color navigate racist experiences

A Renton therapist says racist experiences are a form of trauma for kids and can chip away at kids’ personalities. 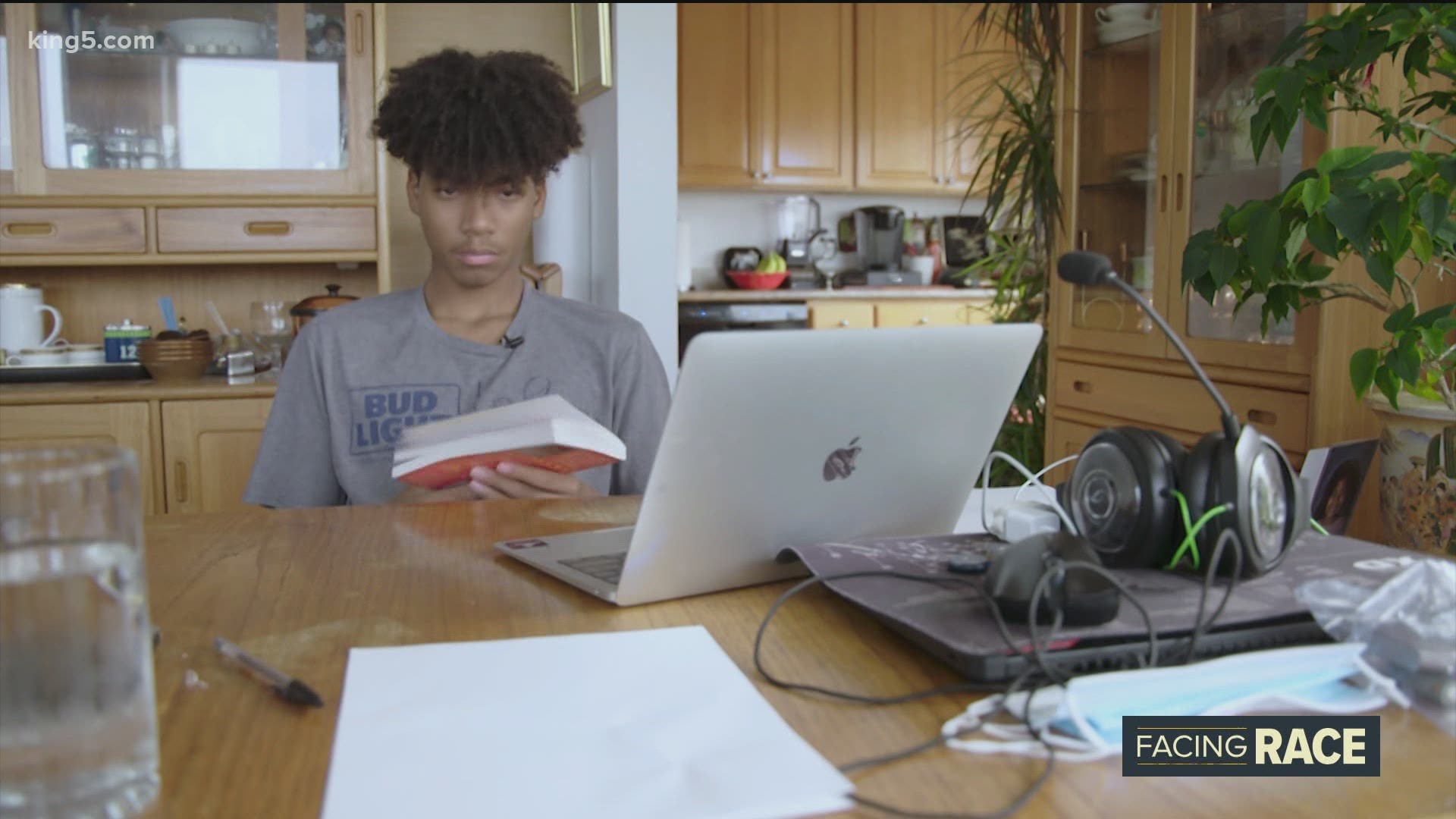 For many people of color, their first experiences with racism happened when they were very young.

“I knew right off the bat that I was going to have more struggle in this world than one of my white friends or one of my peers, solely based off something I can't control," said Muzzey.

Muzzey says he’s carried this burden for as long as he can remember.

“The majority of people in my class can either fit themselves in one of these three categories, right? They're white, wealthy, and they're super privileged because of all the wealth that comes with that, and it feels like when I'm the only kid who looks like me in my class, it makes me feel like I always have to choose D, which is the other," said Muzzey.

Muzzey isn’t alone. Kids much younger than him already face racism and Islamophobia from their classmates.

When asked if there’s been a time when someone said something about skin color that made her feel different, Lydia Choi said, yes.

Hussein Hyek was asked the same question and said he experienced Islamophobia and being bullied in school.

RELATED: How and when to talk to children about race and racism

Mental health therapist Toni Williams, who helps kids process their experiences with racism, says these experiences are a form of trauma.

“Often times we may not even know that a traumatic event happened and it could be something as miniscule as someone asking you, 'Why are you so dark?'" said Williams.

When asked if there was a time someone said something about skin color that made him feel different, Muzzey said there were many.

“The peculiar time that I can think of was when my eighth grade Spanish class where my teacher, who I'm not going to name just for private reasons, she addressed me as aggressive," said Muzzey.

“It comes from lack of representation in schools, cultural competency," Williams said. "Aggression for our Black kids is different when it's aggression in white kids. It's seen as they're just being naughty, they're voicing opinions, but with our kids, you're being aggressive, you're threatening, I need security when it just may be passion, and that hinders growth in our children too, because now they feel as though their opinions don't matter."

Williams said she’s very concerned about how racism impacts young Black boys like Muzzey, who may feel such a sense of loneliness.

“Walking around with that burden on you and that responsibility, at what point and time are you able to grow and be who you are as a person," said Williams.

Williams says racist experiences can chip away at kids’ personalities, making it crucial for parents to check in with their kids at least once a day.

Williams provided these tips on how to talk to kids about racist experiences: