How and when to talk to children about race and racism

Two families shared how they confront race in their own homes, and an expert weighed in with best practices for having these conversations. 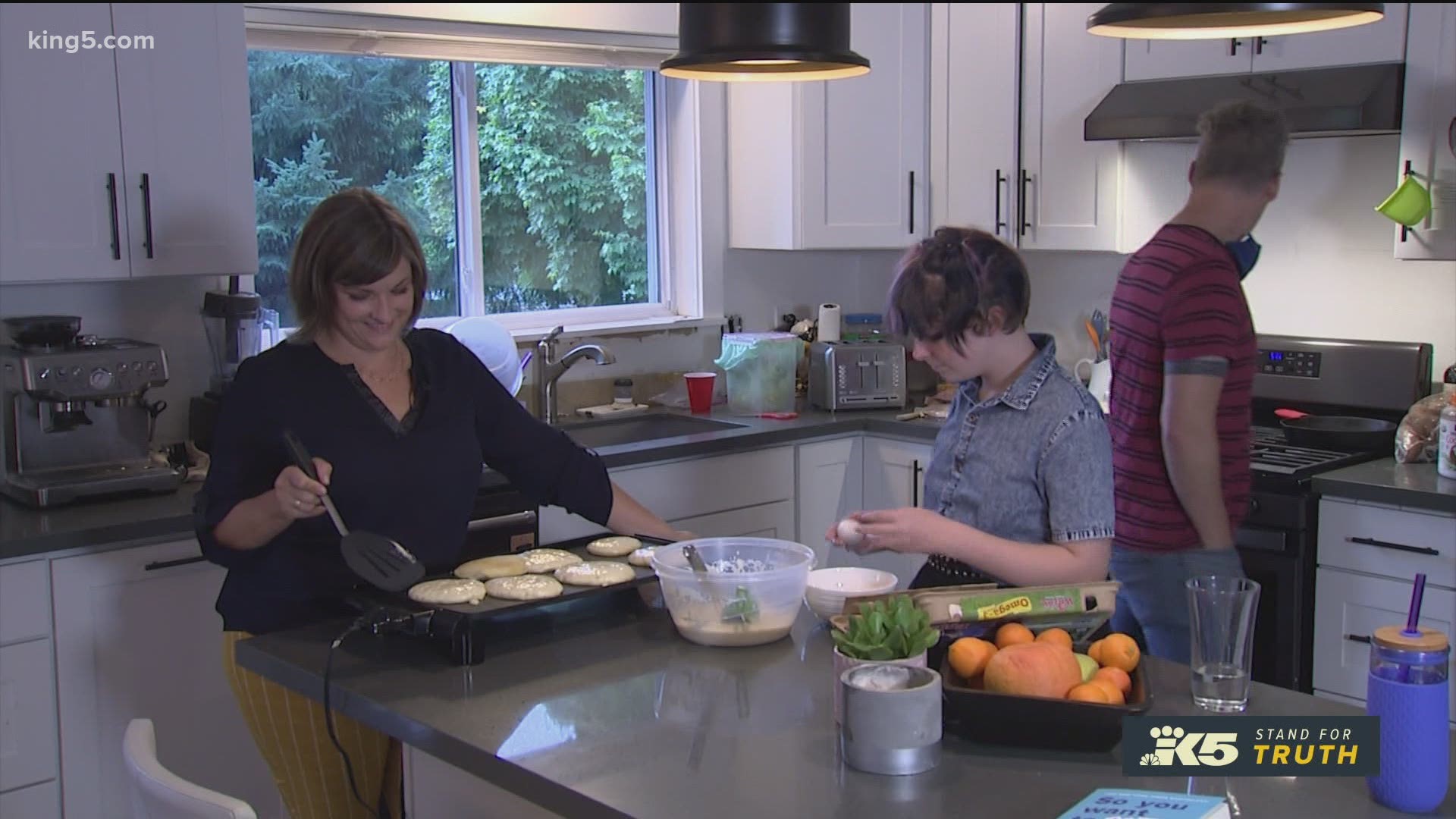 SEATTLE — Mel and Ben Parsons from Seattle started their journey to fight racism 17 years ago. They have four children, and talk about race began when they were toddlers.

"With our little guys it's role play, and they do listen to us talking," said Mel. "They know we will talk about how we are going to march with people. And we march with people because of racism."

The Parsons also read age appropriate books, and for their teenagers, they encourage them to take action. On Breonna Taylor's birthday, the family sent birthday cards to Kentucky's attorney general.

Mel says it can sometimes lead to uncomfortable conversations.

"The teens said, 'It feels like you guys hit us with the heavy racist stuff that's happening around the world,' and we're like, 'Oh, you poor white teens. You can't have a dinner without hearing about racism. Well, imagine walking across the street and encountering it. We're not going to stop talking about it just because you are uncomfortable,'" said Mel.

Anti-racism is defined by not only opposing racism but promoting racial tolerance.

Tiffany Jewell of New York City is the author of "This Book Is Anti-Racist." She spent many years teaching in independent schools, and her anti-racist curriculum became quite popular on social media.

Her method with young kids involves them learning about themselves first.

"We start with ourselves and affirming who we are, our their skin color, hair texture, gender, the things we like and our expression," Jewell said. "And while we are doing that we learn the proper words for it. We don't talk about our skin like a food color, and we use actual colors, and we make our skin color...for concrete learning, especially the youngest children between 0-6, they are super concrete, so to compare skin color to food is very confusing. They are like, 'Brown, like chocolate? So my skin is chocolate?' That's confusing. But if you're like your skin is light brown, a mix of white and pink and brown, and then you mix the colors of paint, and then they are like, 'Oh!' And that makes so much sense."

RELATED: How to help kids of color navigate racist experiences

Jewell added that once children understand themselves and their differences, she then will begin talking about race.

"We say race is this thing that was created by people," Jewell said. "It's not this natural order in the world. Our skin color is different, because of the melanin to protect ourselves from the sun, so we go into the science of it."

For some parents, the idea of talking to their children about race early on makes them a bit nervous.

Jeff and Kayla Scofield have two boys, and while they plan to talk about race at some point, they want to hold off for awhile.

"I want him to notice differences, because they are beautiful, and there's something we can learn from the differences," said Kayla. "But I don't want that to be the focus either. I think it's shifting where the focus is, not saying it doesn't exist, but what are we going to focus on....As they get older, they will confront the hard issues, and we will sit them down, tell them about civil rights. Humanity can be evil, but here are ways we can be a force for good."

Jewell says this is a common concern.

But she says research shows by the age of three, children start to develop pre-prejudice behaviors and show preferences for certain skin colors.

"They start to choose playmates who are more like them and can also begin to ask questions about people and their differences," said Jewell. "If we don't talk about these differences openly and honestly, children will create their own 'truths,' which are usually based on stereotypes and myths."

Jewell added there are things you can do without saying a word.

"It's so important for us to know and commune with other people, because then we grow our understanding of humanity. It gets bigger and beyond us. If we stay in our little bubbles, it's like only people like me and my family deserve to be human."

Do see color and talk about race

Adults often worry that talking about race will encourage racial bias in children, but the opposite is true. Race educators point out that silence about race reinforces racism by letting children draw their own conclusions based on what they see.

Be thoughtful about charitable work

When you think about connecting with people who don't look like you, don't assume it should be about charity. Experts suggest first asking a community what they need.

How often have you been at dinner or a gathering and someone says something racist or stereotypical, and everyone just goes silent? Not speaking up or saying something later sends the message to your kids that they should be silent about race, and experts say that reinforces racism.

Tiffany Jewell pointed out taking action could be something as simple as going to a different park or a different library, or you could write a letter to a lawmaker or participate in a peaceful march.

Don't be afraid to acknowledge when you've made a mistake and said something stereotypical. And if it's your child who is correcting you, being able to acknowledge that is important.

Elementary:
"I Am Every Good Thing," by Derrick Barnes

Middle school and older:
"This Book Is Anti-Racist," by Tiffany Jewell
"Ghost Squad," by Claribel A. Ortega
"Tristan Strong Punches A Hole In The Sky," by Kwame Mbalia

Adults who are raising white children:
"Raising White Kids: Bringing Up Children in a Racially Unjust America," by Jennifer Harvey