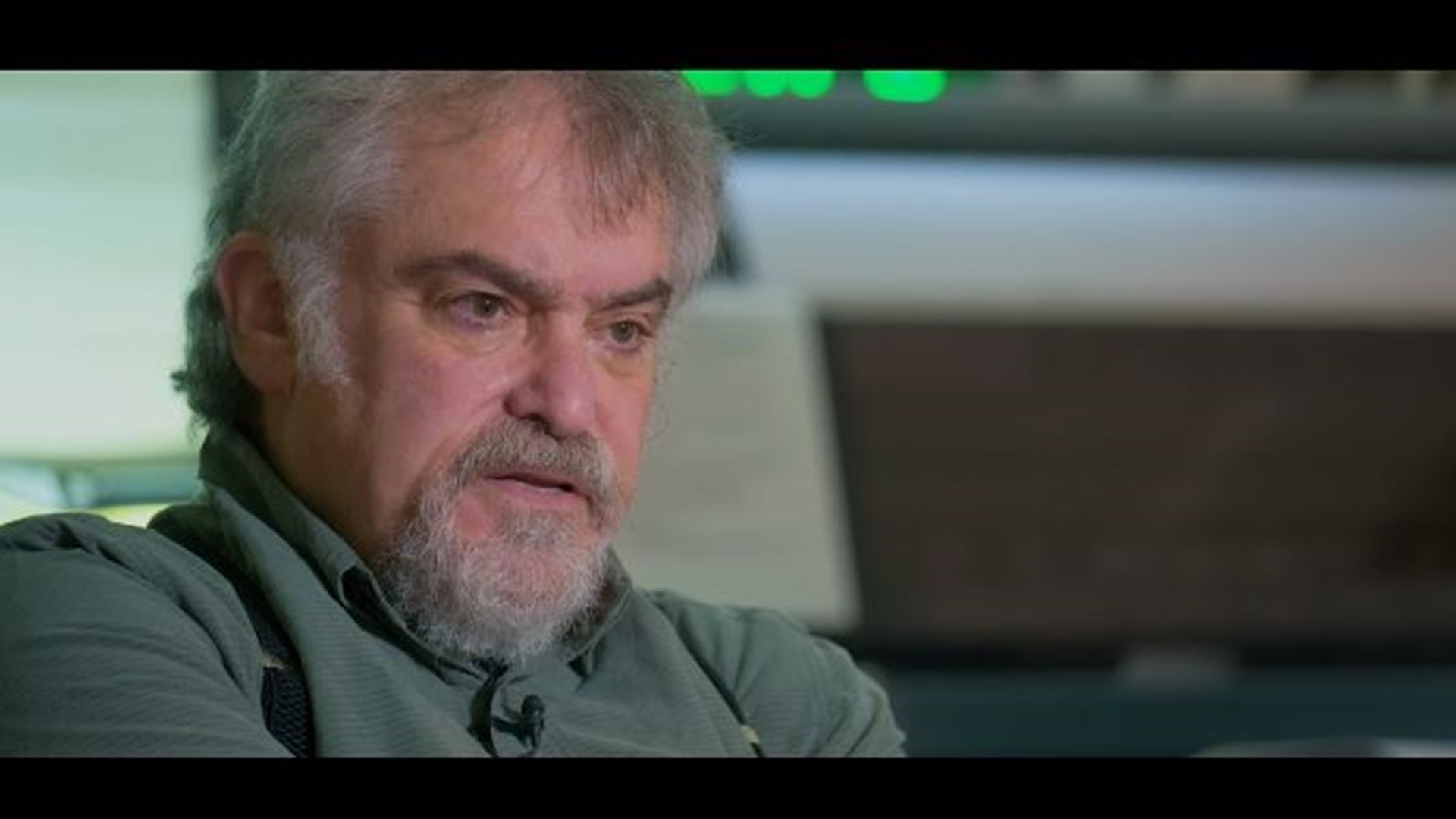 LANGLEY, Wash. — Rich Frishman, a photographer from Langley, Washington, has spent more than four years traveling the country in an effort to capture images of racial injustice in America. Frishman is hunting down the history for his project called Ghosts of Segregation.

"The ghosts of segregation are all around us. Wherever we live, we can probably find some trace. We certainly can find history all around us," Frishman said. "I want it to, in some way, harken those spirits, the importance of what transpired."

Frishman, a former newspaper photographer, is currently in pursuit of what he sees as painfully alive: America's racism.

"It has been an issue for 400 years, and it's still an issue," said Frishman. "The idea of segregation exists now in a somewhat different form, but all those Jim Crow laws still reverberate."

In Chicago, he photographed the back wall of the bandstand at the Sunset Cafe. Frishman said the once-vibrant jazz club was also a haven from segregation.

"Count Basie or Ella FitzGerald or so many, I mean, like every legendary jazz performer had been on the stage, where now they have racks of knickknacks and stuff. And that history was elusive," Frishman said.

From the Midwest to the Northwest, where Frishman captured an image of the side door at Seattle's Moore Theatre. Decades ago, it used to be the only entrance for Black audience members. In the summer of 2020, near the door, the marquee read "Black Lives Matter."

"The marquee had changed after George Floyd's murder, and the awareness that really brought to the issue that Black Lives Matter," Frishman said.

"I've been to Centralia dozens of times and never knew that, and I think most people don't," Frishman said.

Quintard Taylor, Professor Emeritus of History at the University of Washington, knows the story.

"George Washington, this Black man, lost his parents early on. He was adopted by a white couple, eventually they make their way to Missouri," Taylor explained.

"He had decided that by trying to live in other towns across the country, that if he was going to live in a place that would accept him and that would not have racism, he would have to found it himself. And he did," Vogt said.

Washington's portrait is on the wall in Vogt's office. There is also a statue in town honoring George Washington and wife Mary Jane.

"I hope that people will look at these pictures and realize history is all around us, good and bad," Frishman said.

Raising awareness about the nation's racist roots is what takes him below ground, into the basement of Seattle's Panama Hotel.

Jan Johnson is the owner of the hotel, which is considered a national treasure.

"I wanted to build something where people would come and learn," Johnson said.

She wants people to learn about the luggage that ended up in the basement nearly eight decades ago, during World War II when an executive order led to the relocation and incarceration of Japanese Americans. Families, given just days-notice, came knocking on the hotel's door.

Johnson said many of the families who were forced into concentration camps for years never came back for their belongings.

Today, directly above the basement, there's a window providing guests a glimpse. But Frishman received a rare look. Johnson allowed him to go into the basement to capture images of the crates, covered in dust and filled with memories.

"We, as individuals, have a chance to change the future, but we have to witness the present and learn from the past," Frishman said.

Frishman wants his Ghosts of Segregation project to spark honest conversations. He hopes his images will bring understanding, compassion, and eventually change.