The Duwamish Tribe has been fighting to be recognized by the federal government, and they think they now have a better shot at achieving that goal. 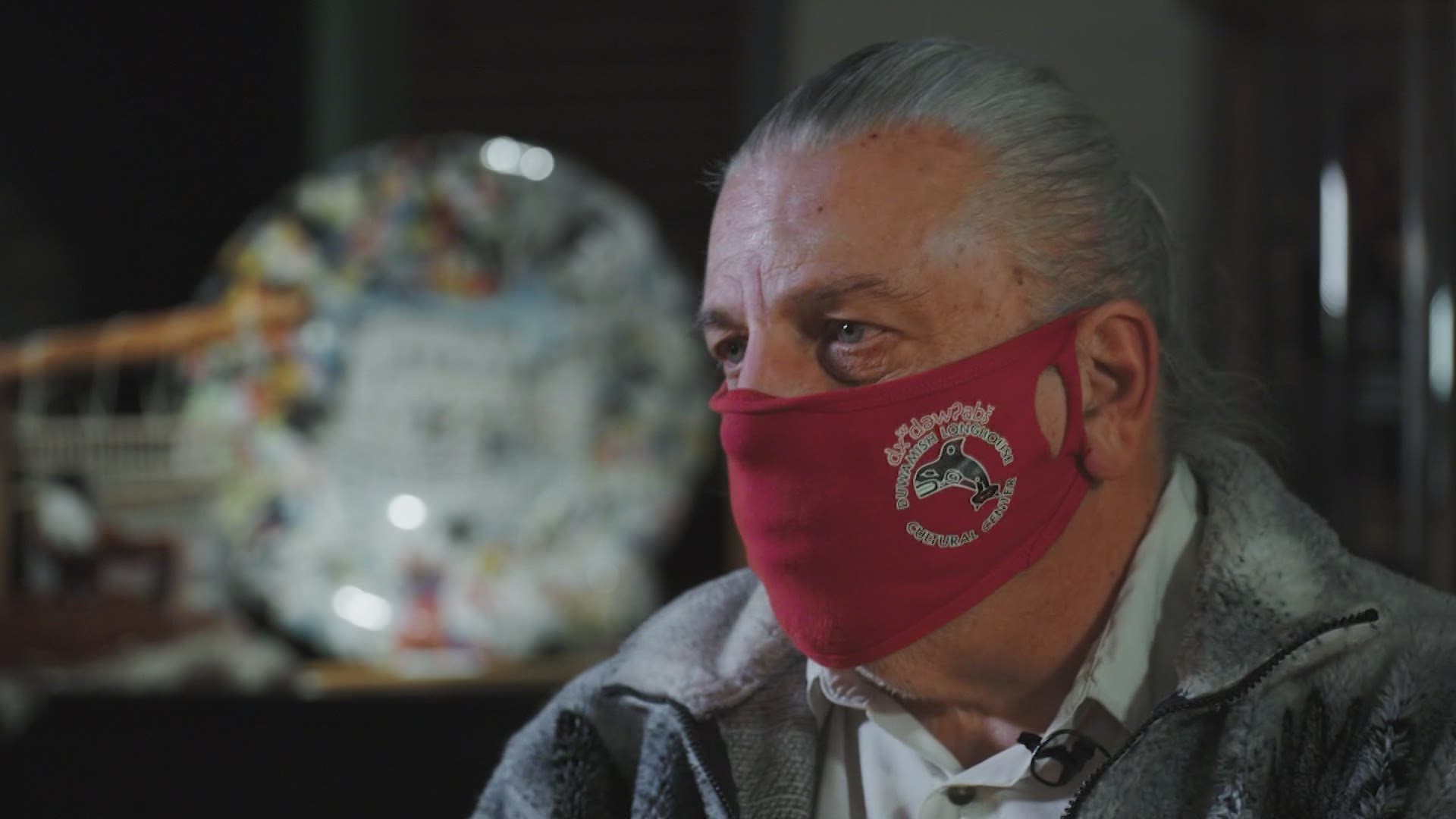 SEATTLE — A community of Seattle’s first people is making a renewed push to right what they say is a decades-old wrong.

The Duwamish Tribe has been fighting to be recognized by the federal government, and they think they now have a better shot at achieving that goal.

“We're going to try our damnedest to make sure that this wrong is righted,” said James Rasmussen, a member of the Duwamish tribal organization.

Seattle’s Duwamish River, now an industrial artery, was once home to the Duwamish people.

When white settlers arrived in Washington in the 1800s, the Duwamish and others signed a treaty with the U.S. government, giving up thousands of acres of land, which today includes much of King County.

In exchange, the U.S. was supposed to guarantee the Duwamish hunting and fishing rights, as well as land.

None of that happened, and today the government still does not recognize the Duwamish as an official tribe, denying them funding for housing, education and health care.

“What we hope is that in the near future, one way or another, this will be settled,” said Rasmussen.

After decades of setbacks, Rasmussen and other Duwamish tribe members say they are more optimistic today than they have been in years.

“It definitely gives us a lot more faith than during the Trump administration,” said Rasmussen. “It gives us hope that maybe new eyes will see things differently.”

A petition in support of federal recognition has garnered more than 30,000 signatures, and a growing number of people are paying a kind of “rent” into a fund that supports the Duwamish and their roughly 600 members.

The Duwamish, however, face some significant hurdles.

Some other tribes, which are federally recognized, oppose the Duwamish efforts.

The Muckleshoot, for example, say they represent the descendants of the Duwamish people, and the U.S. government backs up their claims.

“The history and culture of Seattle’s native inhabitants lives on in the many proud Duwamish descendants whose ancestors chose to be part of Indian communities on local reservations, and who are today members of federally recognized Indian tribes,” the Muckleshoot said in a statement.

KING 5 asked Sen. Patty Murray’s office if she supports federal recognition for the Duwamish, and she responded in an interview earlier this year: “It's one of many, many, many issues facing us right now. And obviously, as always, we have to listen to all the people involved and work through the process. And I will continue to do that, as I always have.”

“The door to Patty Murray's office, for us, has been closed,” said Rasmussen.

He said he thinks Murray and others in power are reluctant to support the Duwamish because of opposition from federally recognized tribes.

Murray's office followed up with a statement in April: “I’m monitoring these efforts closely and I’m going to keep listening to the voices of my constituents on this matter. I’m proud to have consistently supported Tribal self-determination throughout my time in Congress and I will continue to do my best to serve as a voice in the United States Senate for Washington’s Tribal governments and Tribal people.”

“Should the Duwamish tribe be recognized? That's what needs to be decided, without anybody else getting involved with that decision,” said Rasmussen.

A committee of Duwamish leaders meets regularly to strategize their next steps.

The Interior Department previously denied their application for recognition, and the tribe could continue challenging that denial.

A judge could also decide whether they’re an official tribe, and Congress could step in and make it happen.