'Everybody needs to be an activist': Dolores Huerta talks progress for farmworkers

Legendary labor activist Dolores Huerta says there have been strides in the farm labor movement, but there's still more work to be done. 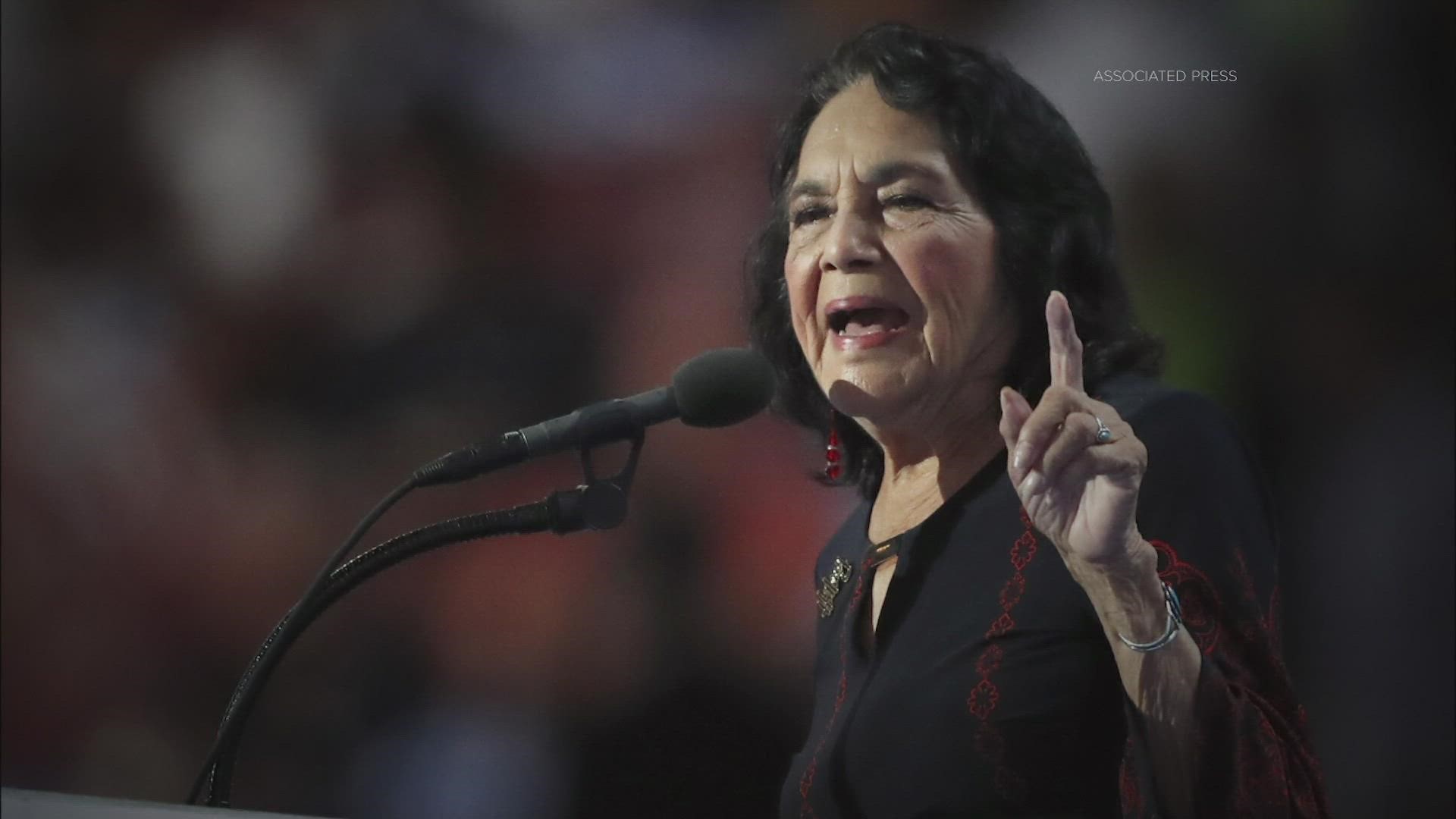 This story was produced in conjunction with the Mindful Headlines podcast, which explores how our psychology intersects with current events. Listen to Dolores Huerta share on the podcast about her advocacy work and where the labor movement can go from here.

Legendary civil rights leader Dolores Huerta, who coined the phrase “si, se puede” (roughly translated “yes, we can”), has inspired generations to fight against injustice. Huerta is best known for co-founding the labor union that would become the United Farm Workers alongside Cesar Chavez.

At 91 years old, Huerta continues to be a force in the fight for farm workers’ rights and women’s rights.

KING 5 News Anchor Jessica Janner Castro spoke to Huerta during Hispanic Heritage Month about the progress Latinos have made in America since the 1960s and a new Washington state labor law affecting farmworkers.

“Farmworkers, who are doing the most essential work of feeding everybody, they were so discriminated in the fields that they were not even provided bathrooms in the fields,” Huerta recalled about the 1960s.

She also said farmworkers weren’t given adequate rest and drinking water, a problem she claims is still happening today.

There have been some strides made in the farm labor movement. Farmworkers across Washington state will be eligible for overtime pay starting in January 2022.

“We have made some progress in California, Hawaii and New York,” Huerta said. “We do have unemployment insurance for the farmworkers. They have a good workers’ comp law if they get injured on the job that their injuries are paid for. But these are the only three states in the United States that have these protections for farmworkers. I think Washington state is probably doing better [than most states]. I don't think that they have the right to organize into a union though.”

Huerta has also been an outspoken activist for women’s rights and said she “always saw myself as a feminist.”

Huerta says women should “stand up and not be hesitant about getting in front of the cameras; be spokespersons and [take] credit for the work that we do.”

Huerta also said that more Americans should study history about the contributions Latinos have made to the U.S.

“This is not racial history; this is American history,” said Huerta.

Despite her accolades, including receiving the Presidential Medal of Freedom, Huerta says she still faces discrimination. Huerta, an American citizen who was born in New Mexico in 1930, says she was recently called a “wetback” and told to “go back where you came from.”

In 2002, Huerta founded the Dolores Huerta Foundation, a non-profit focused on civic engagement and voting rights. The foundation is led by her daughter, Camila Chavez, and is about to expand after a $15 million grant meant to open the Peace and Justice Foundation in Bakersfield, California.

Huerta hopes her foundation will inspire the next generation. She says hopefully her legacy will inspire more people to become activists, “because I think everybody needs to be an activist.”