City of Milton demands removal of angel from 9/11 memorial

The memorial is set to be dedicated on the 20th anniversary of the 9/11 attack. 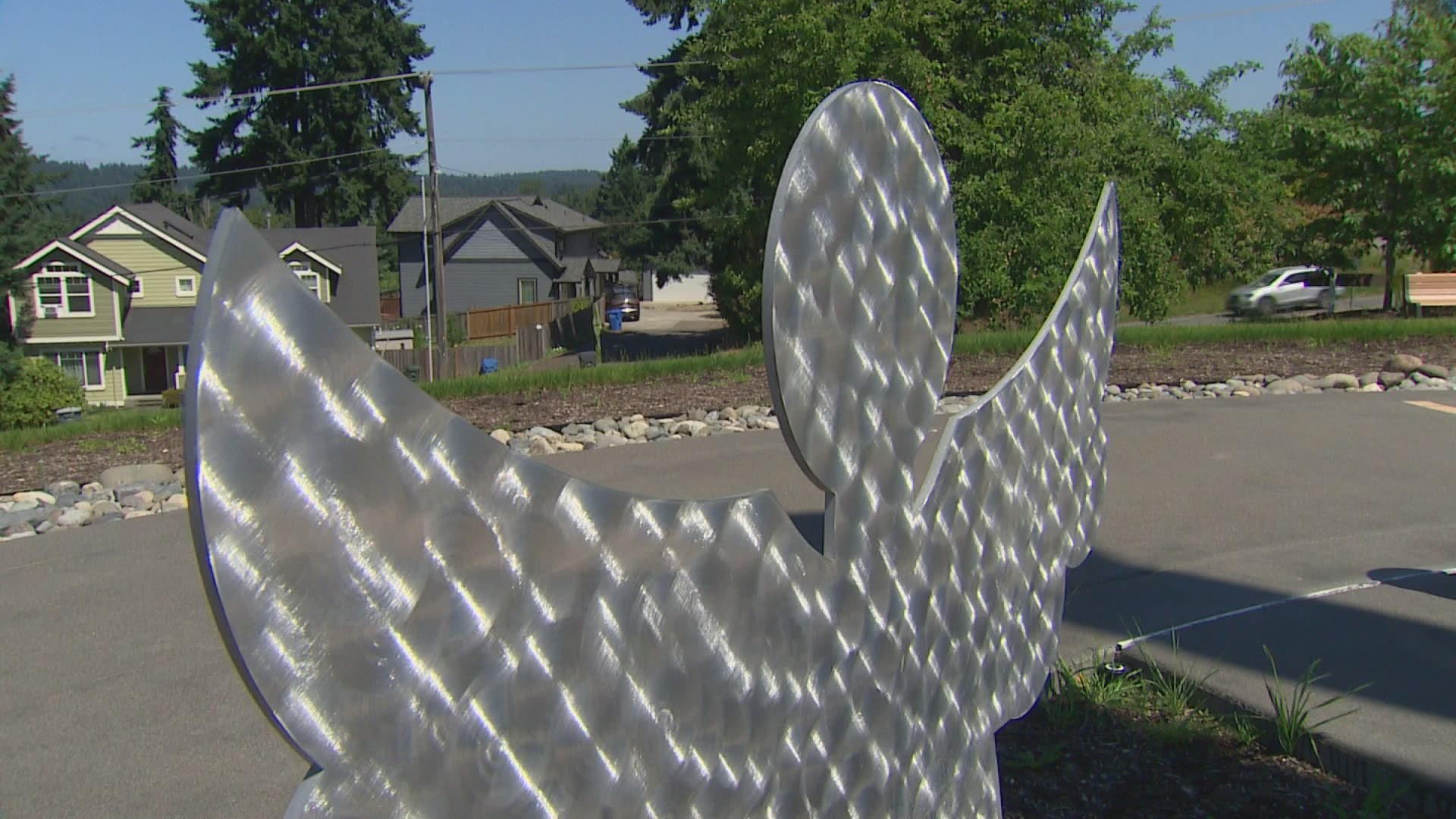 MILTON, Wash. — A guardian angel is creating problems in Milton.

The city is demanding the volunteers building a 9/11 memorial remove the  silhouette of an angel from the display.

The centerpiece of the memorial is a 35-foot section of the World Trade Center. Circling the piece of steel are silhouettes of the angel, the New York City skyline, airplanes, and first responders.

A citizen complained about the not quite 3-foot tall angel, citing concerns that it was a governmental endorsement of a religious belief.

The city decided it should be removed, but not over religious concerns.

“The statue was not a part of the plans submitted by the foundation and approved by the city,” said Milton City Attorney Andrew Tsoming.

Tsoming wrote a letter to Jack Chandler, with the the Milton 9/11 Memorial Committee, informing him if the angel is not taken down, the city has the authority to do so.

Chandler has no plans to remove the angel.

He said the display signifies a secular angel of mercy and should not be removed.

He said the city does not have to approve every detail of the memorial, which is scheduled to be dedicated on September 11, 2021.

It's not known if the dispute over the angel will jeopardize those plans.

Chandler said work on bringing the steel to Milton began in 2012.

Finding a place to display it took volunteers years.