An oasis of art in a neighborhood under stress 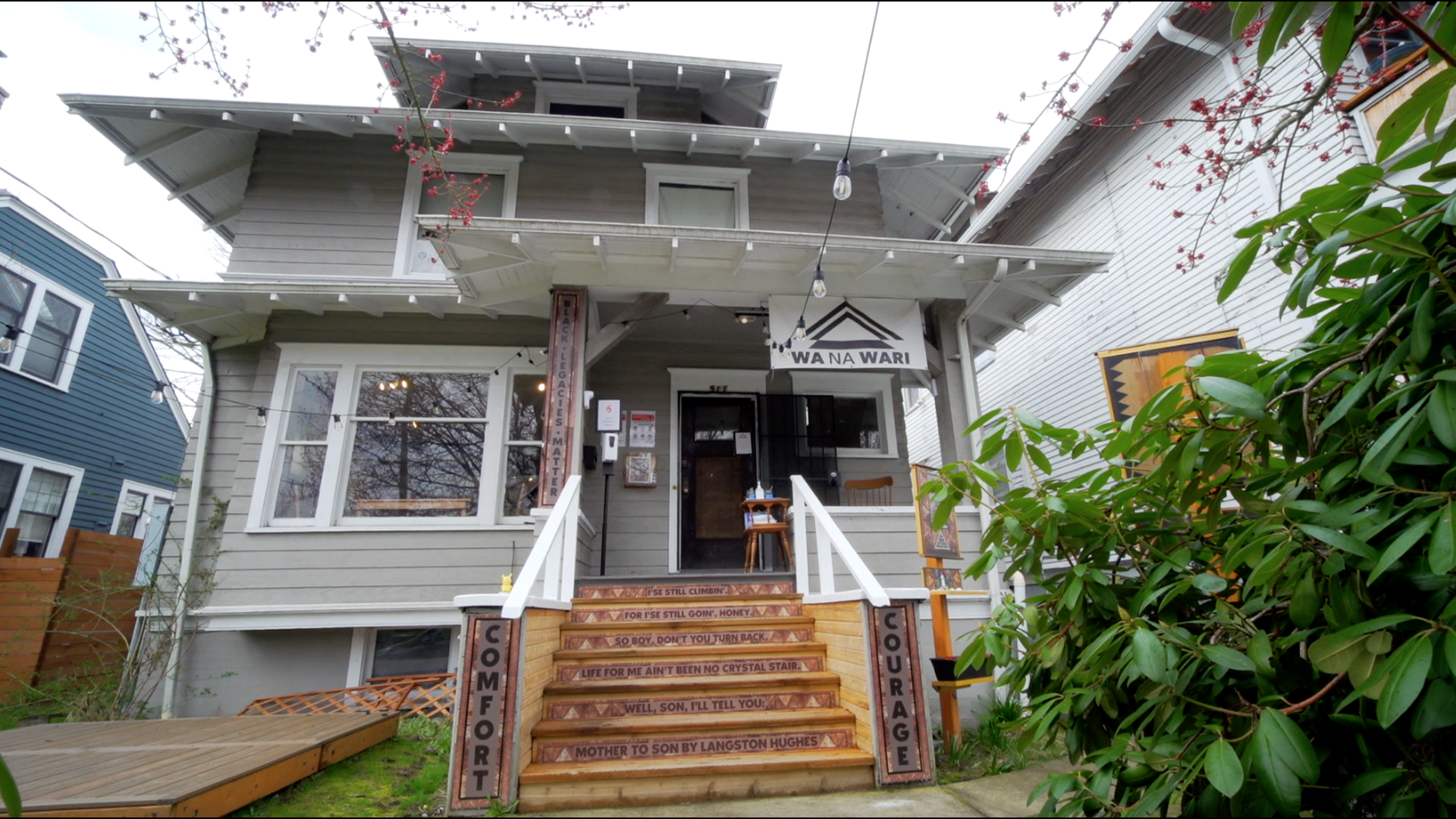 SEATTLE — In a neighborhood under the social strain of gentrification and displacement, this arts and cultural center is a place of beauty, reflection, and community. Here in the Central District, the Black population is just one-eighth of what it was a generation ago. Wa Na Wari is leading the artistic resistance.

The Nigerian word refers to this facility, as well as the neighborhood it occupies.

"A functional process of really thinking about how we can use arts and culture to stop the displacement of Black people from this neighborhood," Johnson said.

The work of Black artists now fills this space that was home to five generations of African American families.

"On the face of it, you will always see four to five Black artists from all over the world shown in our gallery," Johnson said, "And we do that because we're really interested in the dialogue around what it means to be Black right now."

RELATED: Making a statement at 1st and Union in Seattle

Lisa Myers Bulmash is one of the currently featured artists with an exhibition called "Holding Patterns." The name of the show is a reference to the work she's created during the pandemic, while the whole world has been on hold.

Myers Bulmash said, "The images I'm using are talking about issues that have literally been a problem for centuries."

"The overarching story is about the vulnerability of Black bodies," Myers Bulmash said, "I realized, wow, my children are literally in danger because they're breathing in and out."

Lisa and the other artists of Wa Na Wari can't solve the pain of racism and inequity, but they can open our eyes. And, with any luck, our hearts.