For the next two months a fleet of six Boeing-Stearman biplanes planes, flown by a number of volunteer pilots, will crisscross the country picking up veterans along 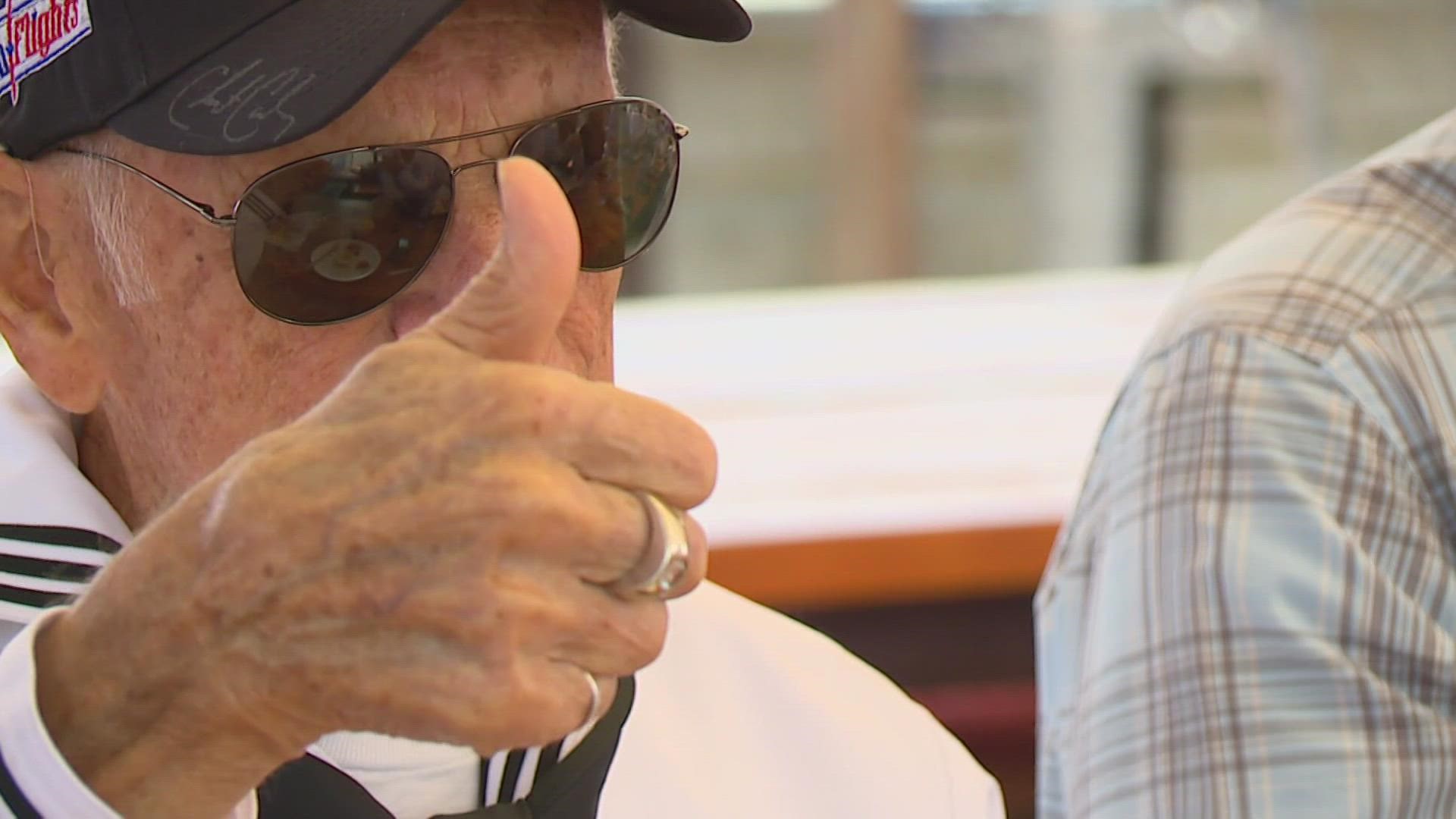 GIG HARBOR, Wash. — A few hundred feet from the runway, on a restaurant's patio at the Tacoma Narrows Airport, Navy veteran John Glomstad of Bremerton is holding court.

“Boot camp was good. I got my first choice of school,” Glomstad said, recalling his service in WWII.

The 96-year-old veteran is still riding high after a ride in a 1943 Boeing-Stearman biplane, an aircraft that was mass produced for the US military as a trainer during WWII.

Glomstad is one of many WWII veterans that will ride along on the classic aircraft as part of an experience provided by the national nonprofit Dream Flights.

“When I’m flying the veterans it’s a real feeling of appreciation and gratefulness and thankfulness that they sacrificed so much for us to live the life we live today and to be able to give back to them. It’s absolutely fantastic,” Cawley said.

Sunday, Aug. 1, marked the first day of a months-long mission to get as many service men and women in the air that want to fly.

“It brings stories to life. It brings emotions to life,” Cawley added.

For the next two months, a fleet of six Boeing-Stearman biplanes planes, flown by a number of volunteer pilots, will crisscross the country, picking up veterans along the way. It's a mission that has a renewed sense of urgency as the population of WWII veterans gets smaller every day.

The COVID-19 pandemic didn’t help their cause as precautions kept dream flights grounded for an entire year.

Sunday in Gig Harbor it was time to make up for lost time.

“I don’t remember much of anything along these line in the first 75 years after the war,” said Army veteran Dave Parker.

Parker enlisted in the Army ahead of getting drafted and saw combat in Europe during his deployment during WWII. Seventy-five years later, the distinct roar of the biplane’s engine brought back memories.

“It was a nice flight. Nice and smooth – oh I’d do that anytime. Yeah,” Parker said shortly after the flight.