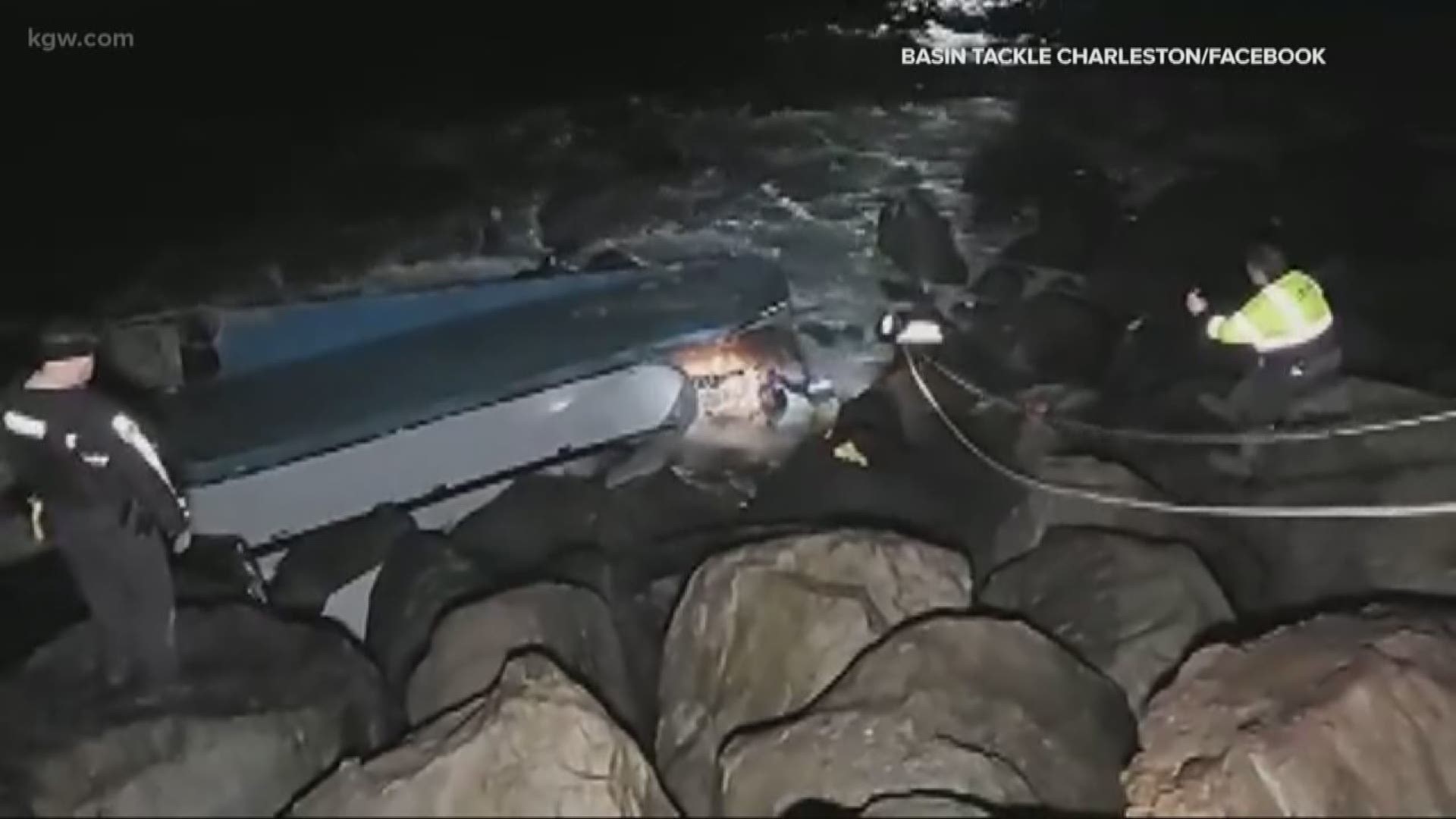 The fishermen were cold but otherwise unharmed.

A routine training flight spotted the boat Tuesday evening and reported it to the Sector North Bend Command Center, officials said. The Coast Guard said the fishing vessel that capsized was a 38-foot Pacific Miner. The vessel reportedly also had 300 crabs on board.

Air and boat crews from the Coast Guard and were sent to find the three men on board.

The rescue operation was livestreamed on The Basin Tackle Company's Facebook page. The owner, Robert Gensorek, who witnessed the rescue, said the three fishermen were inside the boat for more than an hour.

While rescue crews searched for the men, some rescuers heard screaming from the wrecked ship, according to the North Bay Fire District, which assisted in the rescue.

Rescuers made their way to the ship and started to cut through the capsized boat to reach the men. Jerry Wharton, the fire chief for the Hauser Rural Fire Department, said it took the crews 20 minutes, working in 37-degree water, to get the men out of the boat.

"They rescued three men that, by all rights, should not be alive right now. Everybody got out alive. All the rescuers, all the fishermen walked away. This doesn't happen, this never happens," he said.

"It was the most amazing maritime rescue I think the West Coast has ever seen and I don't say that with any hyperbole. It was amazing," he said.

READ: 'Our hearts could not be more broken': Two children swept out to sea on Oregon Coast

READ: 'It can be really dangerous really fast': Officials warn visitors about deadly waves on the Oregon Coast