Car-tab confusion: the math behind your big bill

If this year's increased car-tab renewal fees - courtesy of Sound Transit Three - left you scratching your head, you're not alone.  A ton of people are venting about the big bills through social media, as well as through calls and emails to our newsroom. 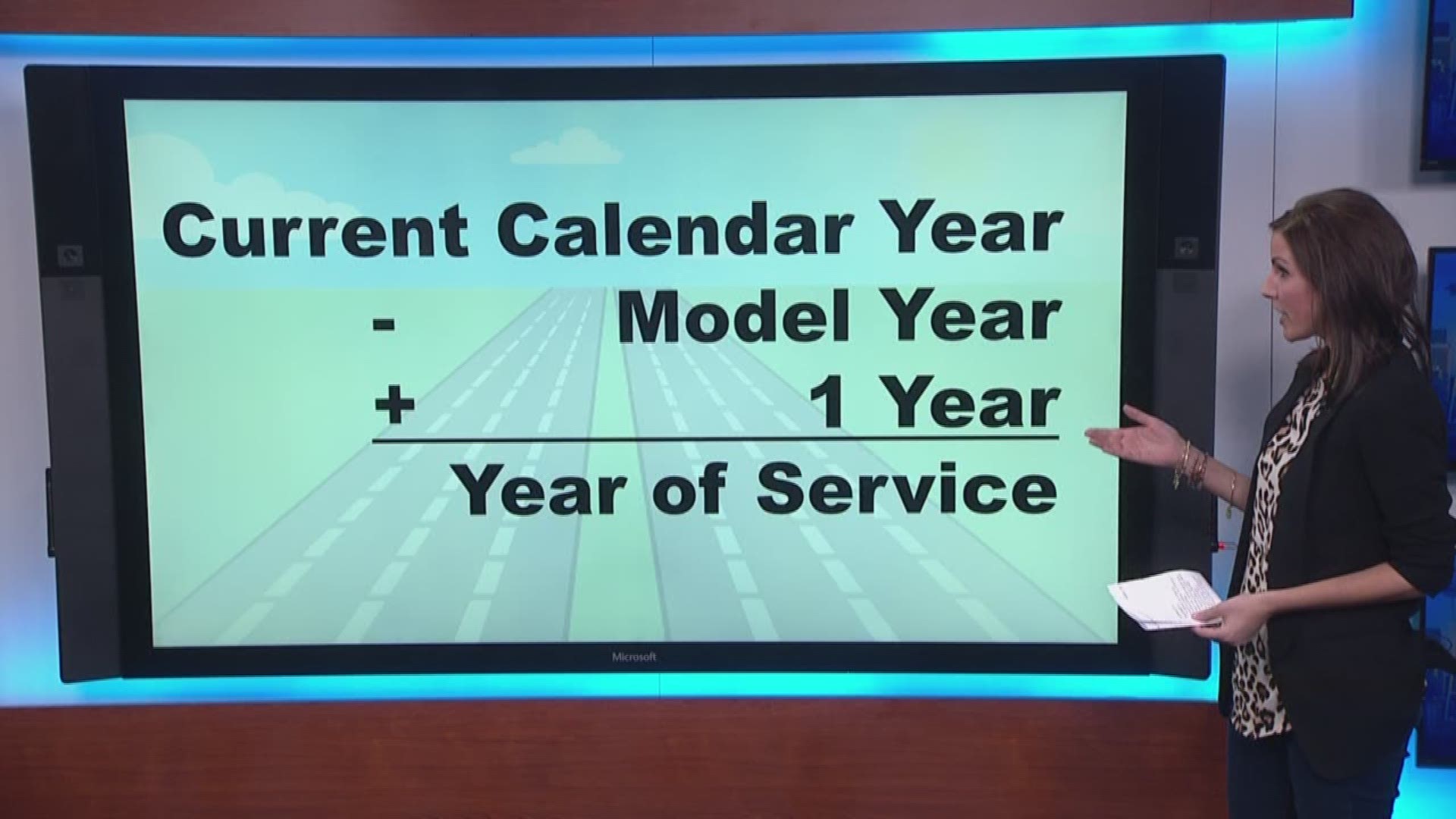 If this year's increased car-tab renewal fees - courtesy of Sound Transit Three - left you scratching your head, you're not alone. A ton of people are venting about the big bills through social media, as well as through calls and emails to our newsroom.

But what do all those numbers mean for drivers and taxpayers?

How do you know if the bigger-than-usual bill that showed up in your mailbox is actually right? Is there a way to check the state's math?

KING 5 took a closer look at the formula used by the Department of Licensing.

GRAPHIC: Take a look at the math

The tax, which shows up as the 'Regional Transit Authority' line item on your car-tab renewal, is calculated based on the depreciated value of your vehicle.

The question a lot of people are asking: How does the state determine your vehicle's value?

It's a somewhat complicated formula.

Next, find your car's age, or year of service. To do that, take the current calendar year, subtract the model year of your car, then add one year. Once you have the year of service, use this chart to find and apply the corresponding percentage to the vehicle's MSRP. That resulting number is the taxable value of your vehicle, according to the Department of Licensing.

"I think this is why people are so confused," said driver Michael Martinez, who lives in Mukilteo and voted in favor of ST3. "It's really kind of sad. It felt, at least from my perspective, that we were duped."

That was Martinez' reaction to his increased car-tab renewal fee. It was more than three times what he paid last year, with a Regional Transit Authority fee totaling $406.

We'll use Martinez' vehicle to test out the Department of Licensing's formula.

When Martinez called the Department of Licensing, he was told the MSRP for his 2010 Range Rover was $76,895.

Based on DOL's instructions, we took the current calendar year (2017), and subtracted the model year for his car (2010), then added one year. The result? His car's year of service on the chart equaled eight, with a corresponding percentage of 48-percent.

We then took that number and multiplied it by the new tax rate, which is 1.1 percent.

That means the Department of Licensing's math checked out when we used their formula.

But Martinez and many other drivers feel the formula is unfair, and far from accurate. He points to the Kelley Blue Book value of his car, and says he could never sell the car for $36,910.

"It doesn't equate to the true value of the vehicle," he said. "I'd really like someone to explain that."

On Sound Transit's website, it's explained like this: "For the purposes of this tax, your vehicle's value is set by the state legislature and isn't based on the fair market value. The tax is based on the depreciated value of the vehicle using the MSRP, not what you paid for the vehicle."

A spokesperson for the Department of Licensing told KING 5 essentially the same, stressing that the formula DOL uses is set by state law.

"That disclaimer in itself is pretty bad," said Martinez. "Just at its core value, that they know it's not fair market value."

The Department of Licensing said it's gotten hundreds of calls and complaints regarding the car-tab renewal fees and how they are calculated.

A car-tab estimator is available on the Department of Licensing's website.

Martinez is encouraging other drivers to do the math themselves, just to make sure they're not getting overcharged.

And if he had known all this back in November, he says he would not have voted for ST3.

"It feels like a complete bait and switch," he said. "How could you have a bill that says the tax increase is going to be 0.8-percent, and then have some other calculation thrown in after the fact?"

The money brought in by the ST3 tax increase will be used to expand the region's light rail system.

A spokesperson for Sound Transit said the formula used to calculate a vehicle's taxable value has been in place since 1997. The formula is not set to be updated until 2028.