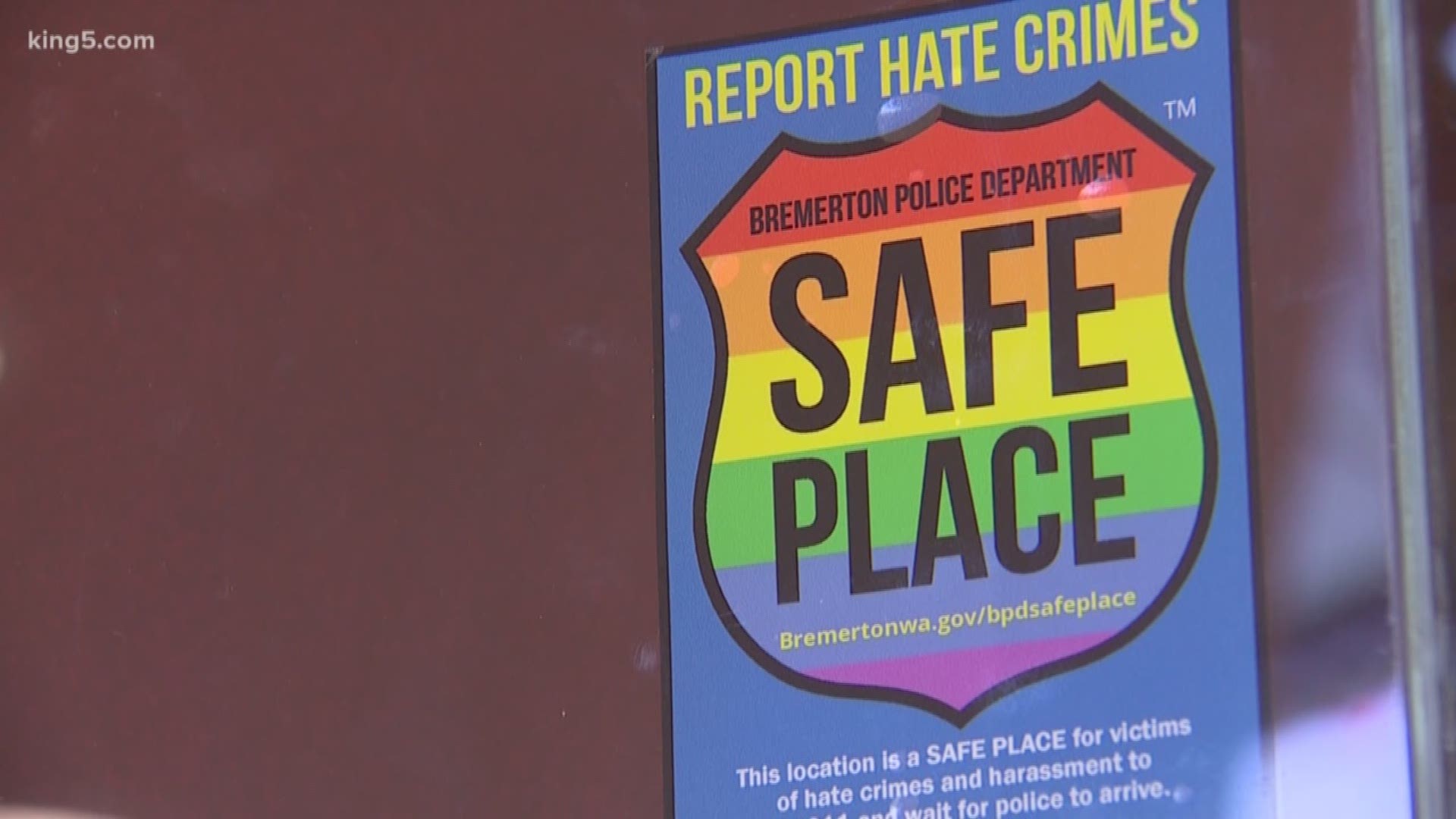 BREMERTON, Wash. — A program first created to help victims of LGBTQ+ crimes, and later expanded to include all victims of hate crimes, is catching on in Bremerton.

The Safe Place program started in Seattle back in 2015 is a way for businesses to become safe places for victims of hate or bias crimes. It's an initiative the Bremerton Police Department is jumping on board with, along with departments across the country.

Local businesses are using rainbow-colored decals to signal to anyone experiencing a hate or bias crime that they can seek refuge there. The Safe Place Program is meant to open the lines of communication between the community and police. Victims of hate or bias crimes can go to any location with a decal and talk to the employees there. Employees are trained to call 911 and allow the victim to stay at that business until police arrive.

This program is personal for Officer Mitchell Chapman, who says he's had his own experience with a hate crime.

"When I was a young gay man living in Denver, Colorado, I had my own experience with a hate crime,"  said Officer Chapman. "And I could see that if someone is panicked or they're being chased or they're fearful, that they're being hurt; that when they see these stickers they know they can duck into that business."

Hate crimes are considered malicious harassment in Washington state. That includes verbal or physical assault, robbery, or property damage that targets someone based on their race, sex, sexual identity, sexual orientation or religion.

Officer Chapman hopes that, as the program grows, people will feel more comfortable reaching out to law enforcement if they experience a hate or bias crime.

"It opens up a conversation between the police department and communities that may not normally ask for our help it helps the businesses let the community members know that we value them our city values people of all backgrounds," Chapman said.

For more information about which businesses are currently participating or you're a business owner interested in participating, click here.