The push is part of a nationwide initiative to educate boaters – the annual “Spring Aboard” campaign. 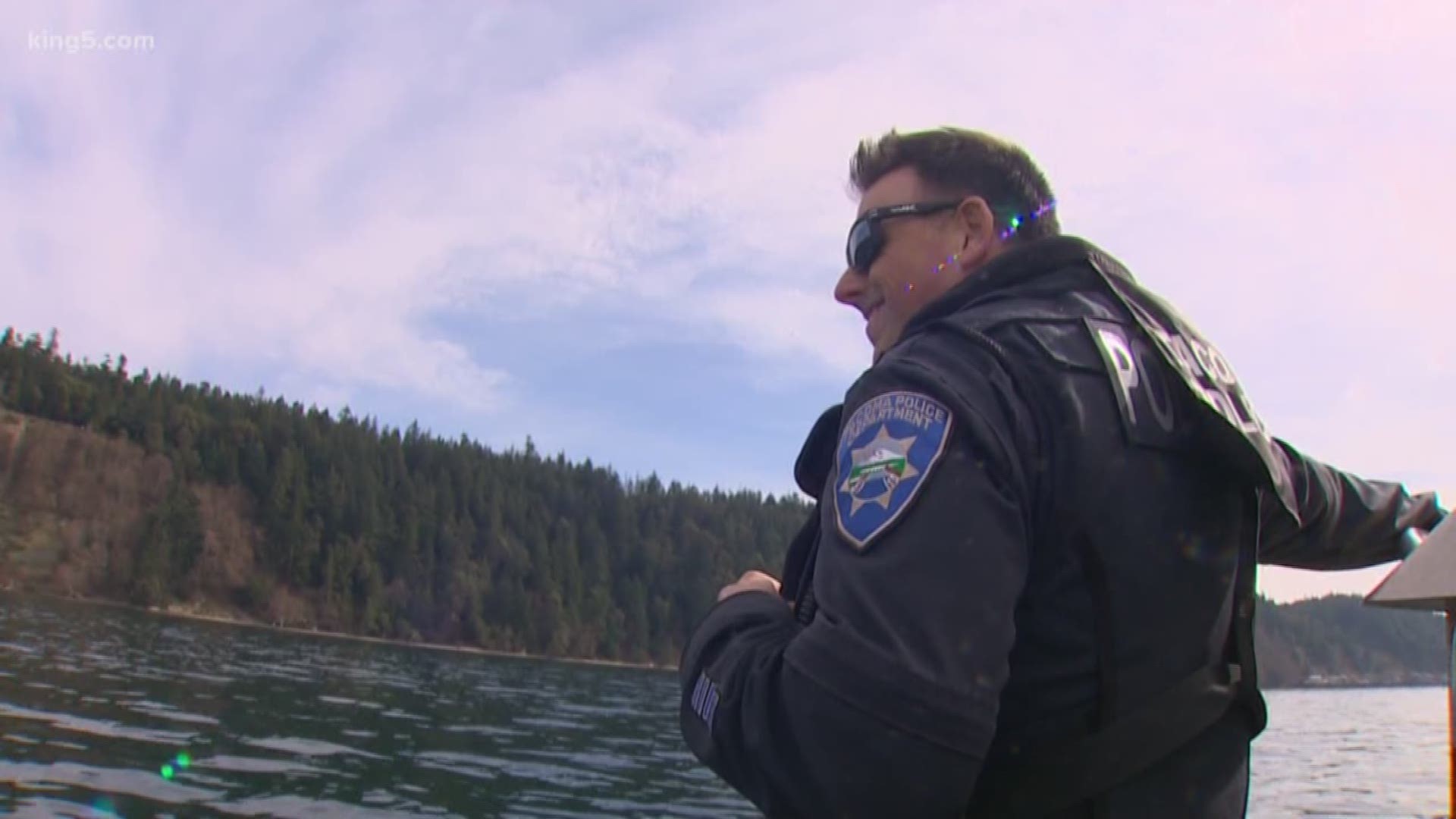 TACOMA, Wash. — Tacoma police officers took to the water on off Point Defiance on Saturday to educate boaters about safety.

“Lots of fishermen out today, so we’re going to make sure they’re all squared away on the equipment,” said Sgt. Aaron Quinn.

The team patrolled the waters of the South Sound – not ticketing boaters, but performing inspections and discussing safety essentials.

“We’re not here to hassle anybody, we just want to make sure they’re safe and have a good time,” said Quinn.

The push is part of a nationwide initiative to educate boaters – the annual “Spring Aboard” campaign.

According to State Parks officials, generally: “In Washington state, boaters who operate a vessel with a 15-horsepower engine — or greater — must be certified and carry a Boater Education Card to prove they passed an accredited boating safety education course.”

“When people take a boating safety course, they learn a wide variety of skills that can make them a better — and safer — boater,” said Rob Sendak, State Parks Boating Program Manager. “We strongly encourage all boaters to take a safety education course, even if they aren’t legally required to.”

“Boating out here is a pretty tight-knit community and follows the rules,” said Quinn. “A lot of times they’re just missing a piece of equipment – like that guy didn’t have a throwable life vest. Technically he didn’t need one, but it is nice to have.”

They hope by reaching out to boaters before the season starts – they can prevent tragedies on these popular waterways.

“We’re just out here to educate people on how to be safe,” Quinn said.