Army veteran lost his sight in combat and overcame odds to pursue a career as a tattoo artist. 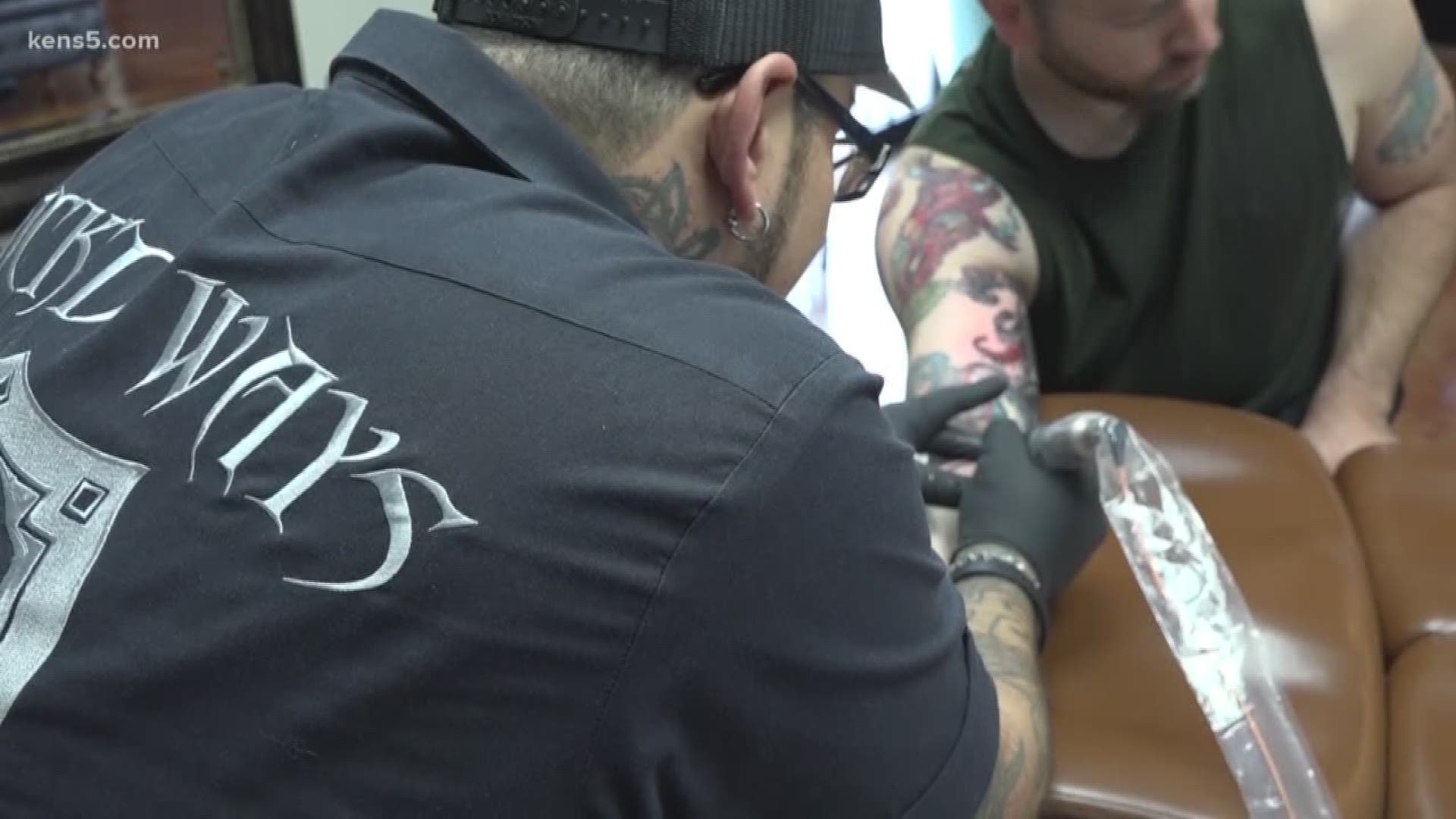 SAN ANTONIO — An army veteran has been a popular tattoo artist in San Antonio for more than a decade, but it was a long road to success.

He suffered an injury while serving overseas—changing the course of his life forever.

Tonee Vas has always had an eye for good art.

“I’ve been drawing since I was four,” he said.

Vas has been a tattoo artist in the San Antonio area for over a decade.

But there’s more to his story than meets the ink, and the eyes.

He was injured in combat when he served as an Army medic in Operation Iraqi Freedom.

In 2003, he was driving a vehicle when his unit drove over an IED.

“The blast happened right outside my door. I took all the shrapnel into my elbow, and my face,” said Vas.

“I was disfigured, my whole eye was singed, and I was blind,” he added.

Vas received a Purple Heart for his bravery, but recovering from his injuries was a difficult challenge.  He felt like his courage had hit rock bottom.

“It's kind of like the first two years I was walking around like I was drunk. I couldn't find my footing a lot. I had vertigo all the time,” he said.

A while later, he regained some vision, but it wasn’t the same.

“It feels like I’m seeing you with two eyes but I'm not. I can see shapes, but I can't focus on anything,” said Vas.

During recovery, art became his therapy.

“I ended up just teaching myself how to tattoo. Nobody really wanted to teach a blind artist,” Vas said.

His clients at Wicked Tattoos off 1604 and Babcock Road, keep coming back.

And, not just because of his creative talents.

“He started telling me about himself and his story and his military story. My wife and I are both in the military as well. So, it's really inspirational, what he's been through and what he's continued to do,” said client Matt Peters.

That’s all because Vas is teaching the world to never lose sight of your dreams.

“I think anything's possible,” said Vas.  “It's cheesy, cheesy stuff. But as long as you put your mind to it, I think you could do anything.”