'Blew me away': Owner of stolen box truck finds it by accident on Portland street

The truck was stolen two weeks ago in Southeast Portland. The theft was caught on video. 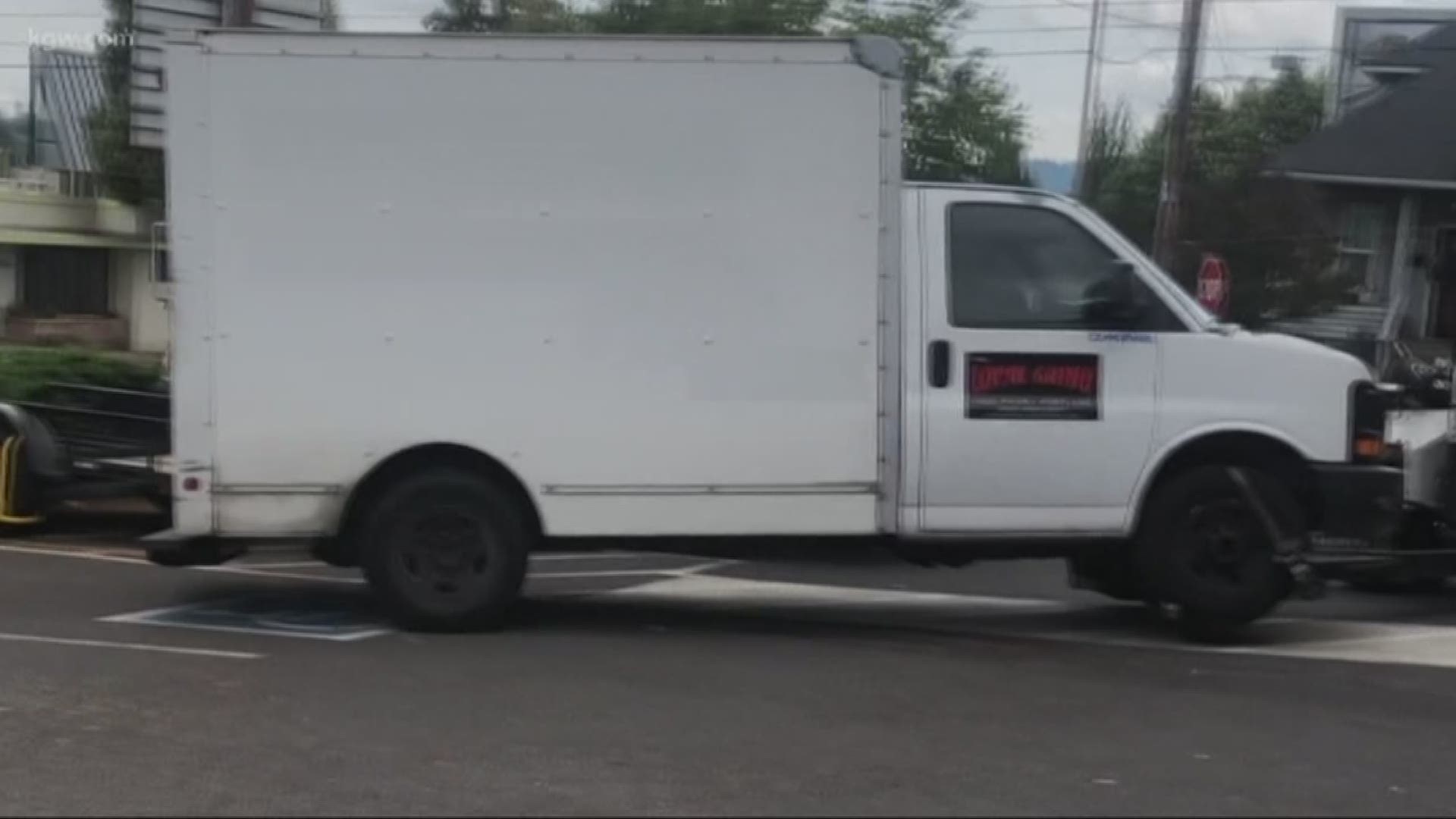 Larry Abell is the owner of The Local Grind, a restaurant and catering business serving Hawaiian style food. He was heading to pick up some food from one of his vendors when he missed a turn and had to go a different way.

Heading down a street he had never taken before, he noticed the familiar look of his GMC box truck.

"As I got closer I saw the logo on the side and it just blew me away," Abell recalls.

In late June, Abell showed KGW security footage of the truck being stolen from the front his store on Southeast Powell Boulevard. A white van pulled up next to the truck and minutes later, backed out and drove off. That truck had a food cart inside, one of two that Abell owns.

"It's been extremely nerve-wracking. It's taken one-third of our business away," he said. "They're crucial to our business. It was a huge blow."

He held out hope that one day he would find it again.

A tow truck dropped it off Monday morning with the food cart still inside.

"There she is. Missing some ramps and a bunch of sodas. They must have been thirsty! Forks napkins, bunch of odd stuff missing," he said.

The truck is immobile for now. Thieves broke the ignition and ran it out of gas.

Despite the mess left behind, Abell is just happy he can put the food cart and his employees back to work.