The Great Alaskan Earthquake wobbled the Space Needle and its ensuing tsunami killed people as far away as California. 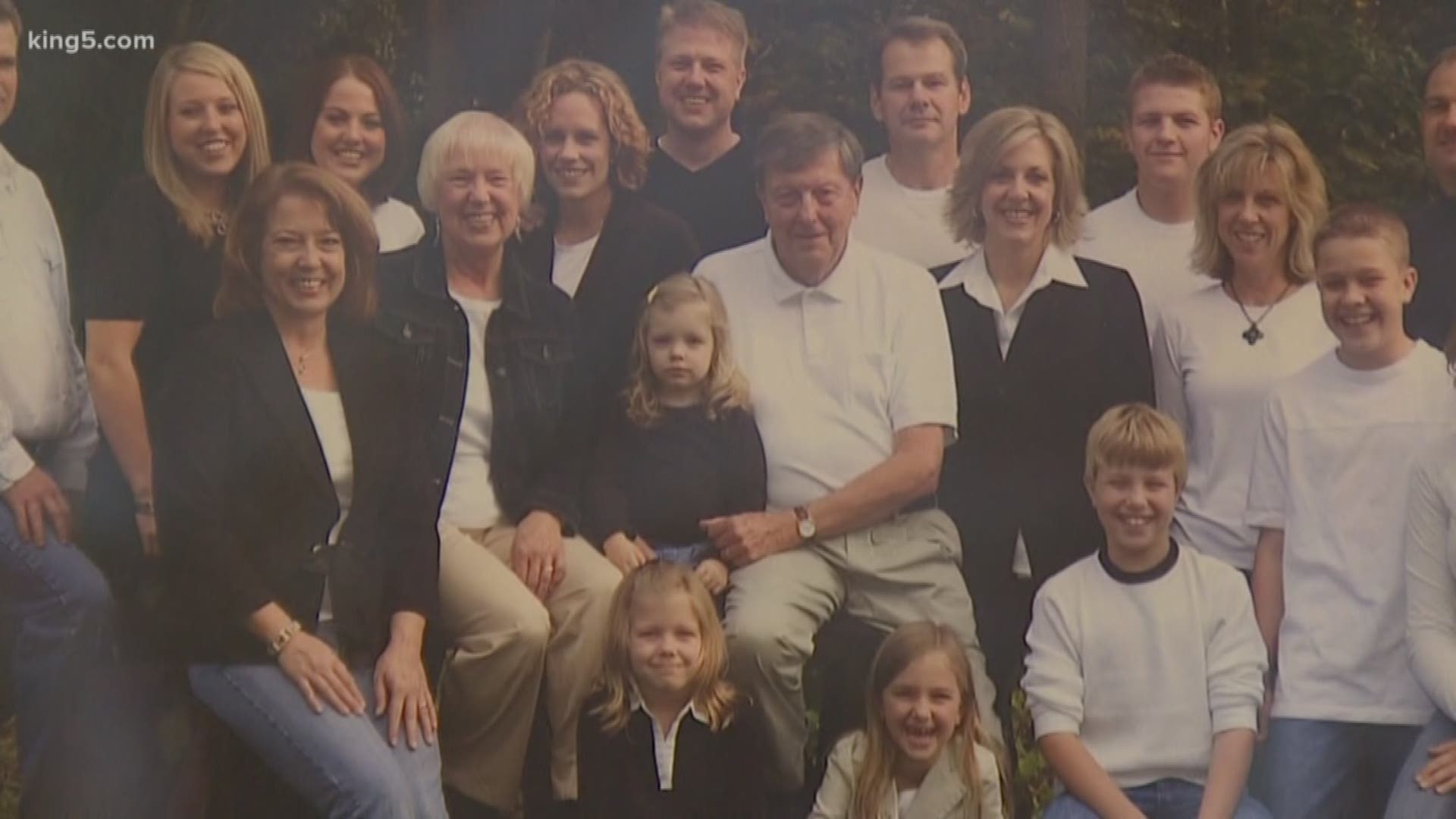 BELLINGHAM, Wash. — The strongest earthquake to ever strike North America rumbled across the Northwest 55 years ago this week. It registered at magnitude 9.2 and last 4.5 minutes.

The 'Great Alaskan Earthquake' wobbled the Space Needle and its ensuing tsunami killed people as far away as California.

Dorothy Young, who now lives in Bellingham, read a letter she wrote to her family on March 28, 1964, the day after the quake hit her Anchorage neighborhood.

"Dear Mom and Dad, just a quick note to let you know we are all safe and sound," the letter began. "It all has been a terrifying experience for everyone. We are a bit dazed and I suppose in shock but we are doing as well as can be expected given the circumstances."

It's the second-largest earthquake ever recorded, according to USGS. It devastated the area surrounding Young's neighborhood. She was in the kitchen making dinner when the house started shaking. She instinctively grabbed her three young daughters.

"I just gathered the girls in a doorway and held them. Pretty soon I realized it was something very different from anything we had ever experienced before."

The average earthquake lasts less than 30 seconds, but this one lasted four and half minutes.

"I just kept thinking, when is this ever gonna stop? It just didn't stop," said Young. "There had been earthquakes before, but this was terrifying because we knew something really bad was going on."

Much has been written about the impact of the disaster.

For Dorothy and her husband, the earthquake led to the desire to move back to Washington. They eventually settled in Bellingham.

"It just went from there," said Young. "We started thinking about being a little closer to the lovely families we both had."

Now 55 years later, the lasting legacy for Dorothy and her husband is a happy, close-knit family, including 18 children, grandchildren and great-grandchildren. Most live relatively close to one another, and each shares a deep appreciation for the importance of looking out for their loved ones.

"That's one of the takeaways for me," said Dorothy. "How important family is and to love one another."

RELATED: Lessons from the Nisqually quake that shook Pacific Northwest 18 years ago

KING 5 viewer JoAnne Naganawa recalls the Great Alaksan Earthquake when her loved one Tosh was dispatched there with the U.S. Air Force to deliver clean drinking water to Elmendorf Air Force Base near Anchorage. Most water systems in Alaska were disrupted in the quake. JoAnne says Tosh was a navigator on a plane bringing a water purification system and hundreds of pallets of Rainier Beer Cans to be filled with drinking water. She said: "Remember in the 60s, there wasn't bottled water widely available for the average consumer! Thanks for reminding us of the things we take for granted."