Shawn Kemp played basketball for the Seattle SuperSonics for 8 seasons. He opened Shawn Kemp's Cannabis in the city's Belltown neighborhood on Friday. 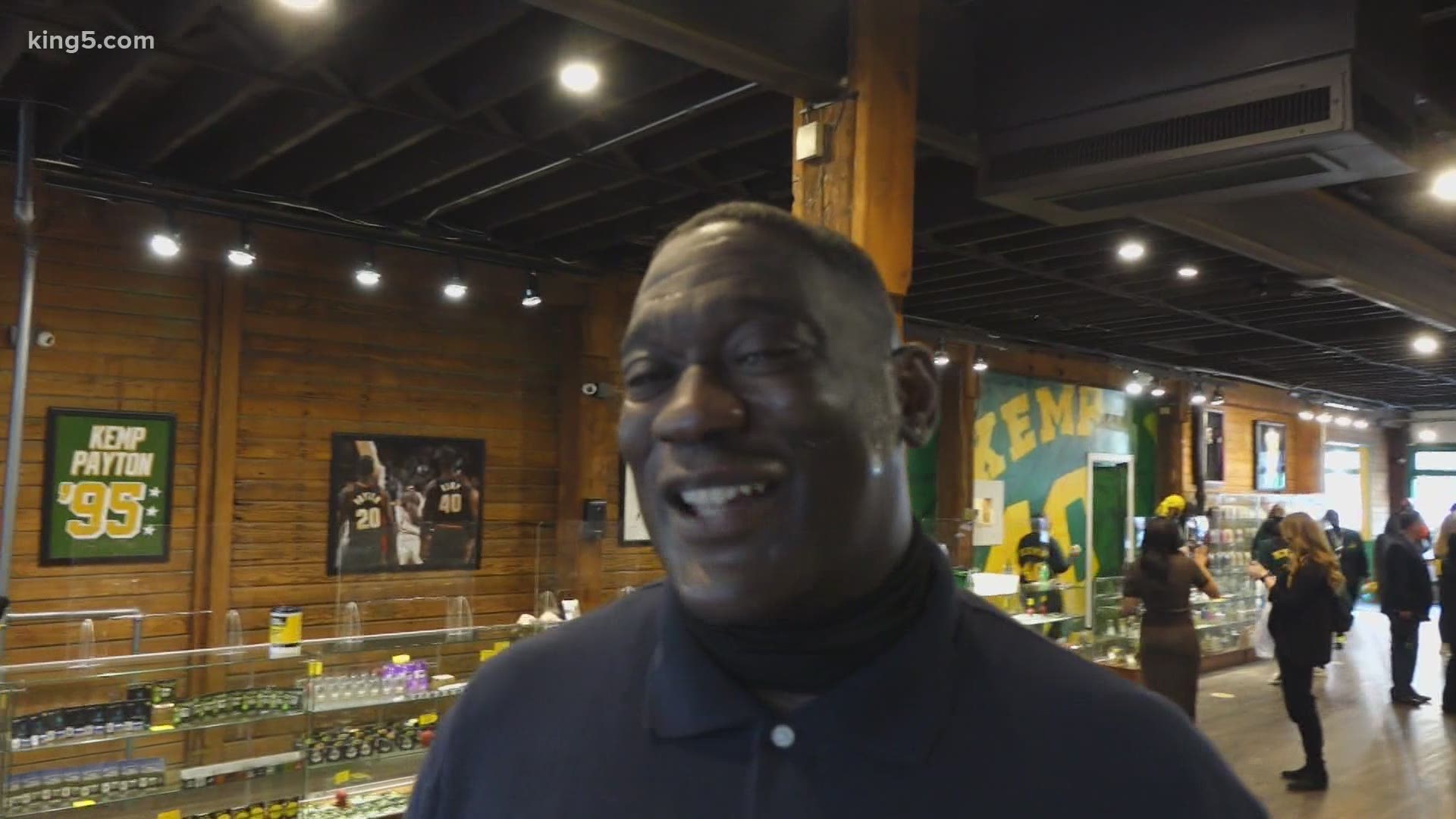 SEATTLE — It’s been more than 20 years since Shawn Kemp played for the Seattle SuperSonics. But he still had hordes of fans lined up for blocks to see him and be among the first inside his new business.

Shawn Kemp’s Cannabis is the newest venture from “The Reign Man” and is backed by cannabis industry veteran partners Matt Schoenlein and Ramsey Hamide of Main Street Marijuana.

“This is a lot of responsibility, I didn’t just jump in to this” Kemp said. “I needed the right plan and the right partners for this. I have that and this is just the first of five locations that will be opening up pretty soon.”

The former NBA All-Star was the heart and soul of Seattle’s beloved SuperSonics from 1989-97. He went on to play for the Cleveland Cavaliers, Portland Trail Blazers and Orlando Magic, but came back to Seattle when he retired.

Kemp's new venture is just a few blocks from where he first played in the NBA and built his fanbase.

Kemp even got an assist from a former teammate. Gary Payton flew back to Seattle to help cut the ribbon.

Payton said he was proud of Kemp for making the move. The former point guard has a strain "Gary Payton Cookies" named after him, which is popular with those who have migraines or chronic stress.

Kemp said he is most passionate about the medicinal side of the industry and hopes to help the elderly and sick as the business evolves.

The future locations haven’t been revealed yet, but Kemp said he is thrilled to be offering good jobs in a tough time.

Kemp and his partners also said they were working with the Washington State Legislative Task Force on Equity in Cannabis, which is working to grow diversity in Washington's cannabis industry.

Kemp on Friday made a point of celebrating his staff's diversity and says that it’s his responsibility to give back to the community that helped raise him. He was drafted by Seattle at just 19-years-old.

“I feel like I’ve been here the whole time," Kemp said. "I have the means to help the community and they’re building the new arena just down the street. I hope we get our Sonics back and until then, we are gonna support the hockey team and everything else. We wanna be a part of the community!”