Five years ago, a group of more than 100 people were forced to leave the largest single artists colony on the west coast.  619 Western Ave. was a former warehouse that for nearly 30 years transformed into an organic and creative home.  However, it was also unsafe, and as the first place Bertha will go beneath, needed to be demolished.  In the end, it was retrofitted, but the artists already left. 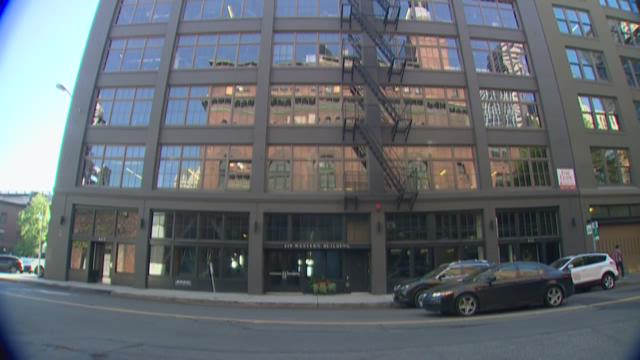 SEATTLE -- The haven of Jane Richlovsky's creativity for ten years is now, in her words, "another office building."

"We did feel a lot of stewardship of it," she continued, "It felt like our building and that we had made it what it was."

Richlovsky speaks of Seattle's 619 Western Avenue, a former warehouse that for 30 years housed more than 100 artists. It was, until 2011, the largest single collection of artists on the West Coast.

However, it was far from safe or sturdy. The 2001 Nisqually earthquake left several cracks inside.

"It was terrifying," said Richlovsky, whose studio was on the 6th floor. "It was definitely a fire hazard on First Thursdays when there were too many people in there."

When plans were drawn up for a tunnel to replace the aging Alaskan Way Viaduct, 619 Western was in the way. Digging would take place right beneath the building. Too unstable, the initial plan was to demolish it, and the artists had to leave.

"In some ways, the tunnel killed the building," said filmmaker Brian Nunes, who produced a documentary on the end of 619 Western, "but it was really just a catalyst for the building to die. I think most of the artists knew it was only a matter of time."

While preservationists ultimately saved the building from destruction, the artists had already left. Almost all of them received money for their troubles from the government, and that relocation money helped Richlovsky, among others, establish new studios.

"It's going to be art studios for a long time," she said of her space just a block away, which she owns and leases to other artists, "I feel like I changed the narrative. That's kind of a big deal."