A community art display is spreading the message of civility across an island in Puget Sound. 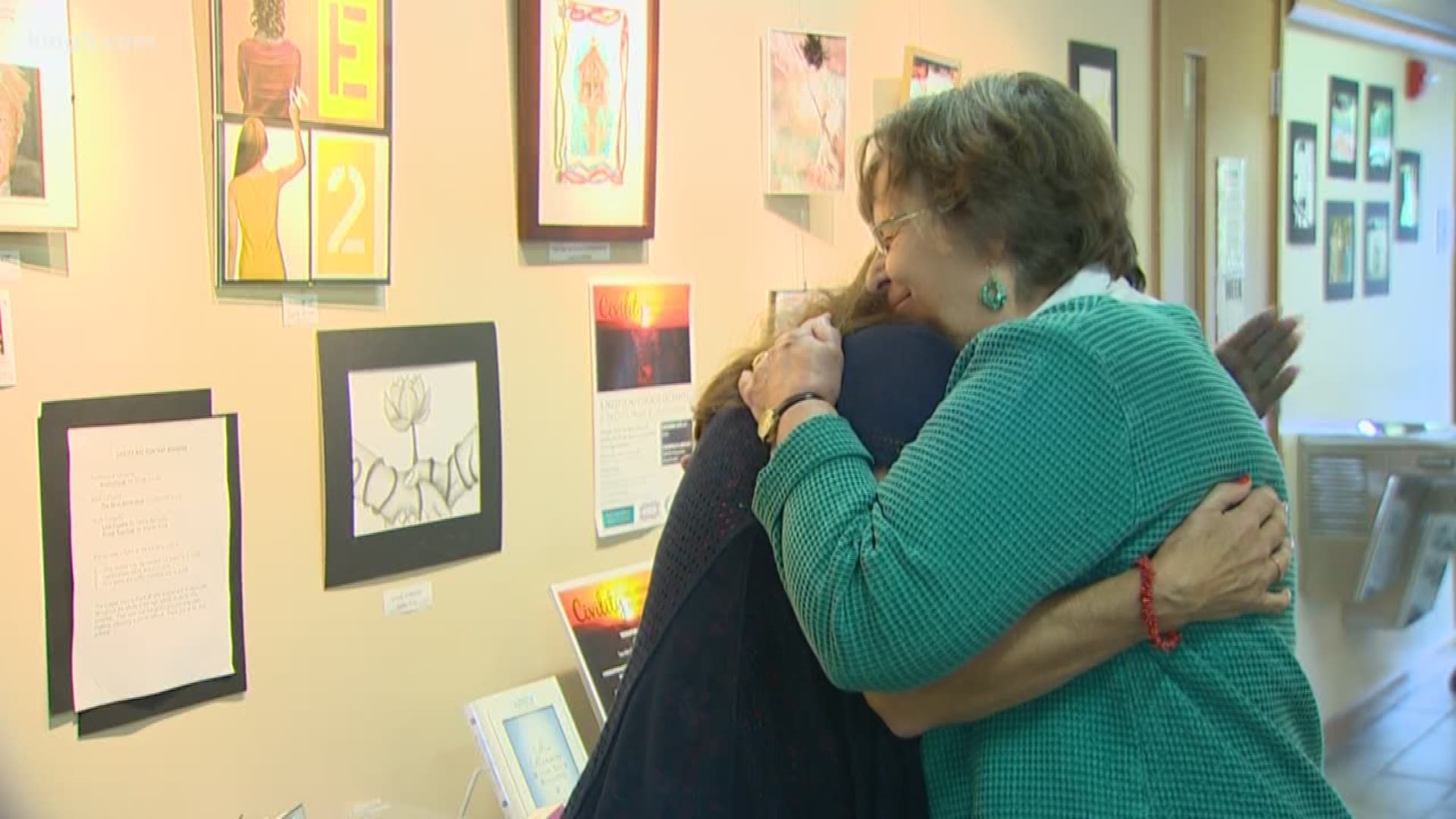 Just check your Facebook feed to sense the deepening level of unrest across the country. It seems we are an increasingly polarized people with no peace in sight.

But on one island in Puget Sound, a wave of civility is washing through -- bringing communities together.

To students Sharon Sone and Hannah Samuels, art is a critical form of communication.

"You can do so much with it," said Sharon. "You can make your own fantasy or your own world."

The world these two Oak Harbor high school students see these days is less fantasy than nightmare -- with division, violence, and hatred permeating the headlines.

"I just feel like people could be a little more open-minded to other people's interpretations of things," said Hannah.

To that end, the girls created art projects promoting civility in our daily lives.

In "Finish Together," Sharon draws a young man (wearing red) helping an old man (in blue) across the finish line of a race.

"I see the race as like, their opinions," she says. "The young man doesn't care about his place or his time in the race. He just wants to get the elderly man across the finish line happy and proud." 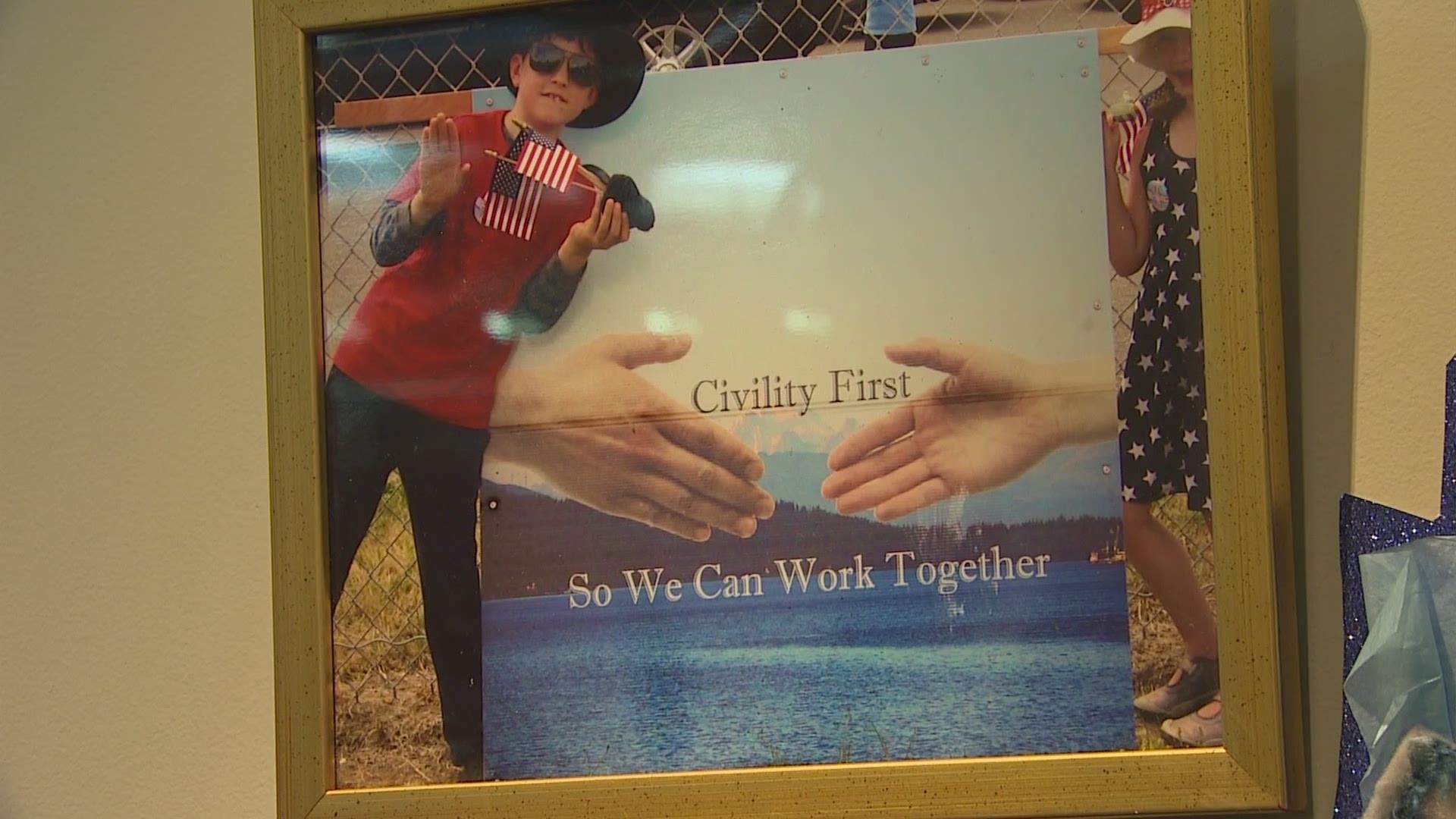 Hannah portrays a simple act of courtesy in picking up a stranger's "Lost Papers."

"We're all human and we deserve to treat each other nicely and respectfully," she said.

The exhibit of both students and professionals was organized by Sandi Peterson and Cathy Whitmire.

They are two folks who come from opposite ends of the political spectrum.

"I may be her only Quaker, pacifist vegetarian friend," said Whitmire.

"And I say everybody needs one," added Peterson with a laugh.

The two helped form a group called "Civility First" that asks people to take a pledge vowing to simply be decent to one another, even when there are bitter disagreements.

Over the past year, they've held public workshops and political forums focused on being respectful in our public discourse.

They even convinced the city governments of Langley, Coupeville, and Oak Harbor to sign the pledge.

Peterson and Whitmire hope the art display will help people see in colors, rather than black and white - or red and blue - and instead choosing an assorted palate from which beautiful things can come.

"Civility costs nothing and buys everything," says Peterson, giving Whitmire a hug. "I think that's an important thing to remember."