K9 Arlo, who was shot during a police chase near Grand Mound this week, underwent multiple surgeries Friday in Oregon to remove a bullet from near his spine. 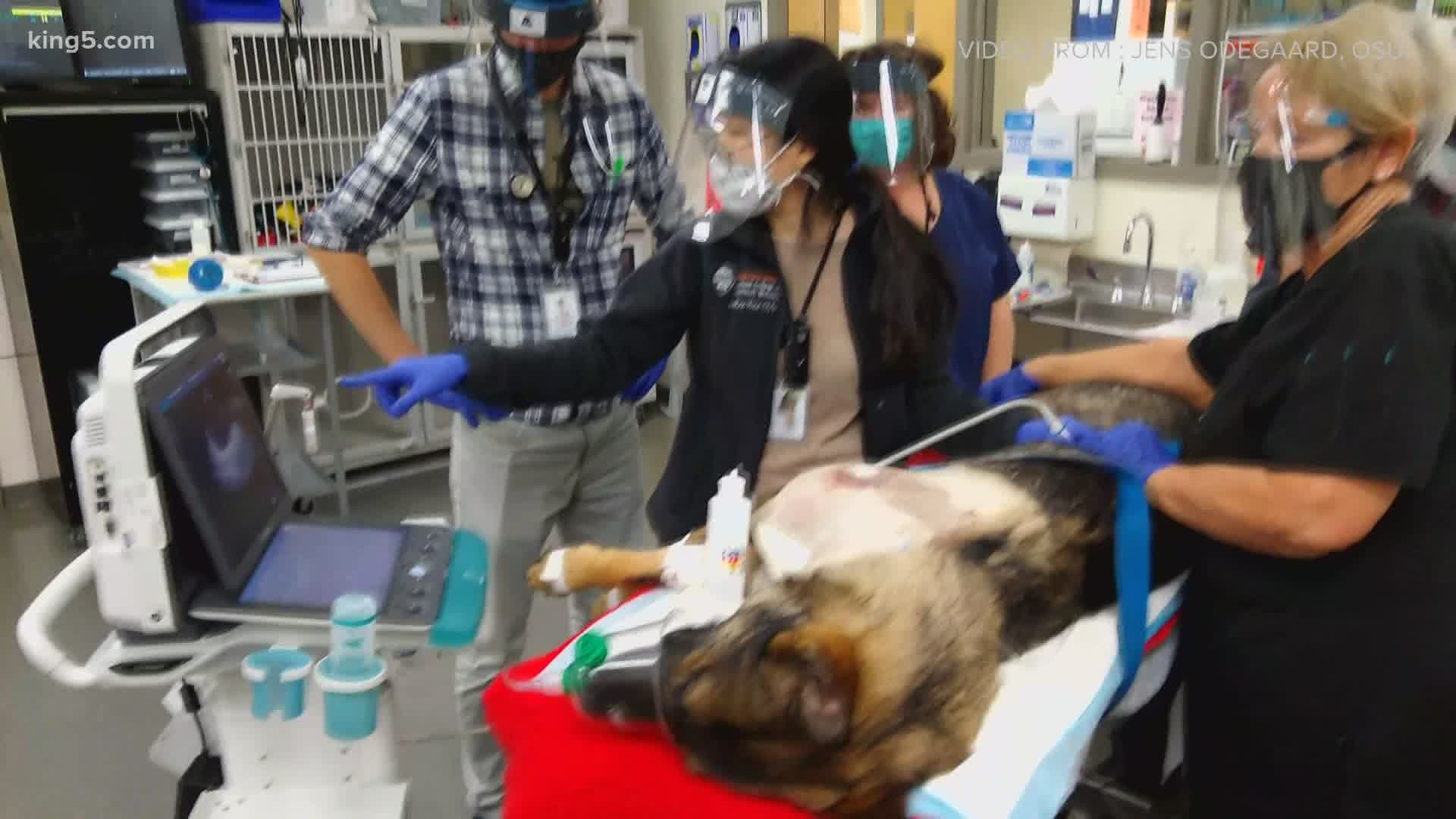 Arlo, the Thurston County Sheriff's K9 who was shot during a police chase in Grand Mound this week, underwent multiple surgeries to remove a bullet near his spine at Oregon State University's Carlson College of Veterinary Medicine in Corvallis on Friday.

The Facebook page for the Thurston County Sheriff's Office K9 Unit said, "All of the surgeries all went extremely well and the surgeons are very happy with the outcome of all of them.  K-9 Arlo has received some new hardware and fashion accessories (6 screws and surgical medical cement) in his neck that were all used to fuse his fractured vertebrae to healthy ones."

A video of doctors helping Arlo walk Saturday morning was posted to the dog's Instagram and TikTok, which is updated often by his partner Deputy Tyler Turpin.

When law enforcement stopped and made contact with the vehicle, both the police dog and the suspect were hit by gunfire.

The suspect suffered serious injuries and was taken to the hospital.

No one else was injured in the incident.

More than $70,000 has been raised for Arlo, who has a sizable social media presence on TikTok.

The sheriff's office has been updating Arlo's condition on Facebook.

RELATED: Thurston County Sheriff's K9 to have surgery for bullet near spine after being shot in police chase