Clement Place, which will offer housing to 100 homeless people, opened in Licton Springs on Tuesday. 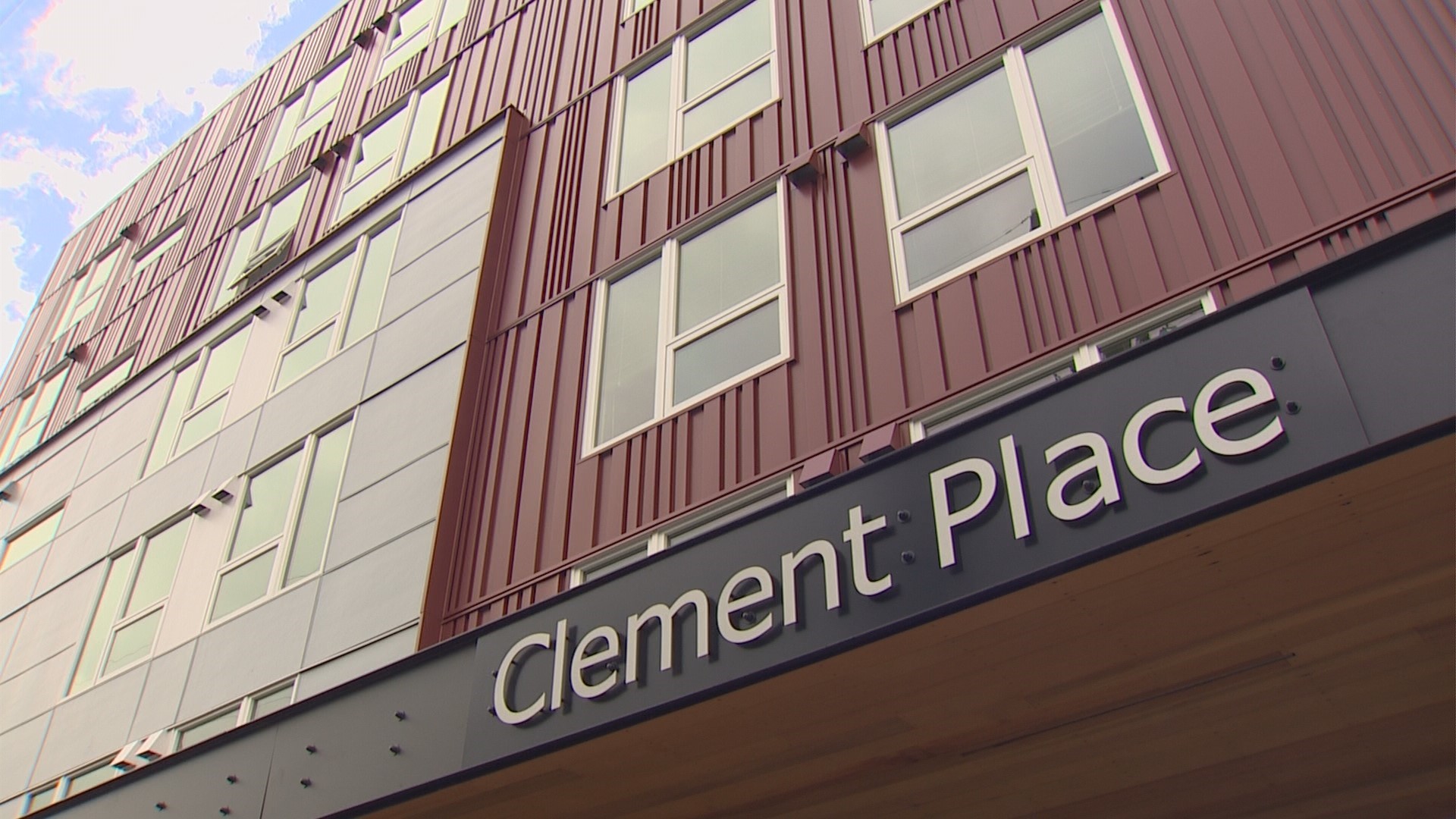 SEATTLE — Dozens of homeless people will soon have a place to call home thanks to a 100-unit housing complex that celebrated its grand opening Tuesday in Seattle.

“Days like today signal that life is about to get dramatically better for a lot of people who have been having a very hard time, and we couldn’t be happier about that,” said Daniel Malone, executive director of Downtown Emergency Services Center.

Clement Place, which is located at Aurora Avenue and North 96th Street in Licton Springs, will house the city’s most vulnerable homeless population, including adults who are chronically homeless, struggle with an ongoing substance abuse, or have complex medical problems.

The building will be staffed around the clock, and residents will have access to wrap-around services, including counseling and other services.

“Support and care are what makes the real difference,” Malone said.

Residents will start moving in this week, according to Malone.

The apartment building was funded through a $9 million investment from the city of Seattle. Seattle Deputy Mayor David Moseley called it a “critical investment” in affordability. The Clement Place project is just one of several projects that aims to bring 3,600 new affordable housing units online by 2022.

Clement Place got its name from Dan Clement, who worked with DESC and was known for his commitment to their clients. Clement died in 2015.