Some Washingtonians concerned as end of state eviction moratorium draws near

As Washington comes up with plans to help assist homeowners and renters, more people are sharing concerns about becoming homeless, or worse. 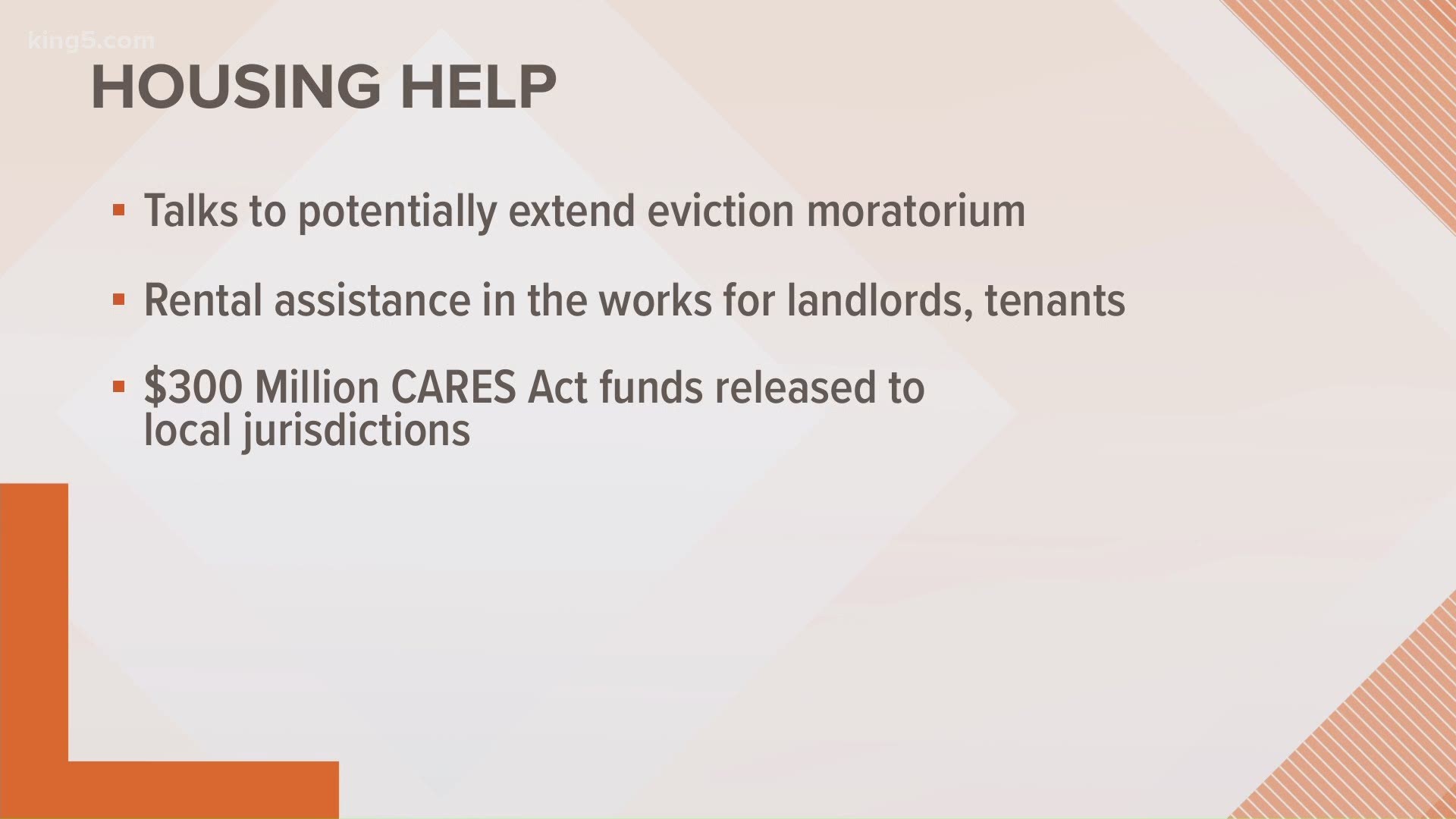 SEATTLE, Wash. — With the $600 in additional federal unemployment benefits and the state eviction moratorium scheduled to end, many Washingtonians are worried about how they're going to stay in their homes.

According to a recent CNBC report, 32% of households missed their July rent or mortgage. With the timing of government assistance ending, many people wonder how the intersection of sunsetting services will impact their housing.

"I'm pretty nervous with the end of Washington state's eviction moratorium," KING 5 viewer Dustin K. said in an email. "I work and my hours got cut in half. Right now, I am pulling in only $380 every two weeks. With the $600 relief checks stopping on the 25th of July, and the eviction moratorium ending on August 1, I am very worried how I will pay my rent."

Dustin said he has a 5-year-old son and a dog to care for as well. His apartment complex is giving him three months to pay all the back rent after August, but he said it seems pretty unrealistic.

"I have feeling homelessness will drastically spike a couple months after the moratorium ends," he wrote. "Every day I'm anxious and scared no knowing what's going to happen to us come the next month or so, with all the new confirmed cases of coronavirus coming up."

Dustin is not alone. Many more people have reached out to KING 5 in even worse situations, some of them have said they are now living in their vehicles.

"13 days left until I have to move into my van with my two young children," wrote Susan. "I just want to die."

A neighbor informed KING 5 Susan died by suicide in June because she could not get her pending unemployment claim to push through the system. Her husband was killed a few years before while serving in Afghanistan.

The housing crisis is at a critical desperate point. A housing crunch was already well-established in the Puget Sound area well before COVID-19, but it is clear that people are extremely desperate.

KING 5 viewer Jo said she invested in three rental properties as a source of retirement income. She said it's a modest income, but it's worked these past years. Her tenants became unemployed and were unable to pay rent due to the pandemic. This put Jo into such tough times, that they, too, decided to sell their properties.

The Rental Housing Association of Washington (RHAWA) serves mostly small-time landlords, and it hopes for more rental assistance. RHAWA Government Affairs Specialist Kyle Woodring said rental assistance is preferred over an eviction moratorium because it allows renters to pay rent, landlords to pay mortgages, and keeps housing on the market.

"The longer that we just sort of don't have rental payments, and there's no income coming in on these properties, the more it threatens to take those properties off the market," said Woodring. "Or have them turn in something that has a higher amount of rent."

Woodring has been advocating for rental assistance and negotiating with the state to release CARES Act funding to help in the coronavirus crisis.

In the meantime, the spokesperson for Governor Jay Inslee's office said there are talks happening right now concerning the state eviction moratorium and its future. Gov. Inslee also released $300 million in CARES Act funding to counties, cities, and organizations to be used for rental assistance.

"Local governments typically use these funds through an in-house department or they contract with a local nonprofit to manage the funds," wrote Mike Faulk, press secretary for Gov. Inslee. There is no word on how many groups are receiving these funds.

However, the Department of Commerce is one of the agencies working with funding from the CARES Act to form a rental assistance program that could help landlords and those facing eviction through the Landlord Mitigation Program.

"The program proposal is out for final comments this week," Penny Thomas, media relations manager for the Department of Commerce, said in an email. Thomas added that we could know details of the program as soon as next week, and possibly announce grant opportunities soon after.

As far as mortgages go, the Federal Housing Finance Agency recently announced that Fannie Mae and Freddie Mac borrowers will benefit from a foreclosure and evictions moratorium through August. Washington state has also worked on providing foreclosure prevention and guidance through the Department of Financial Institutions. 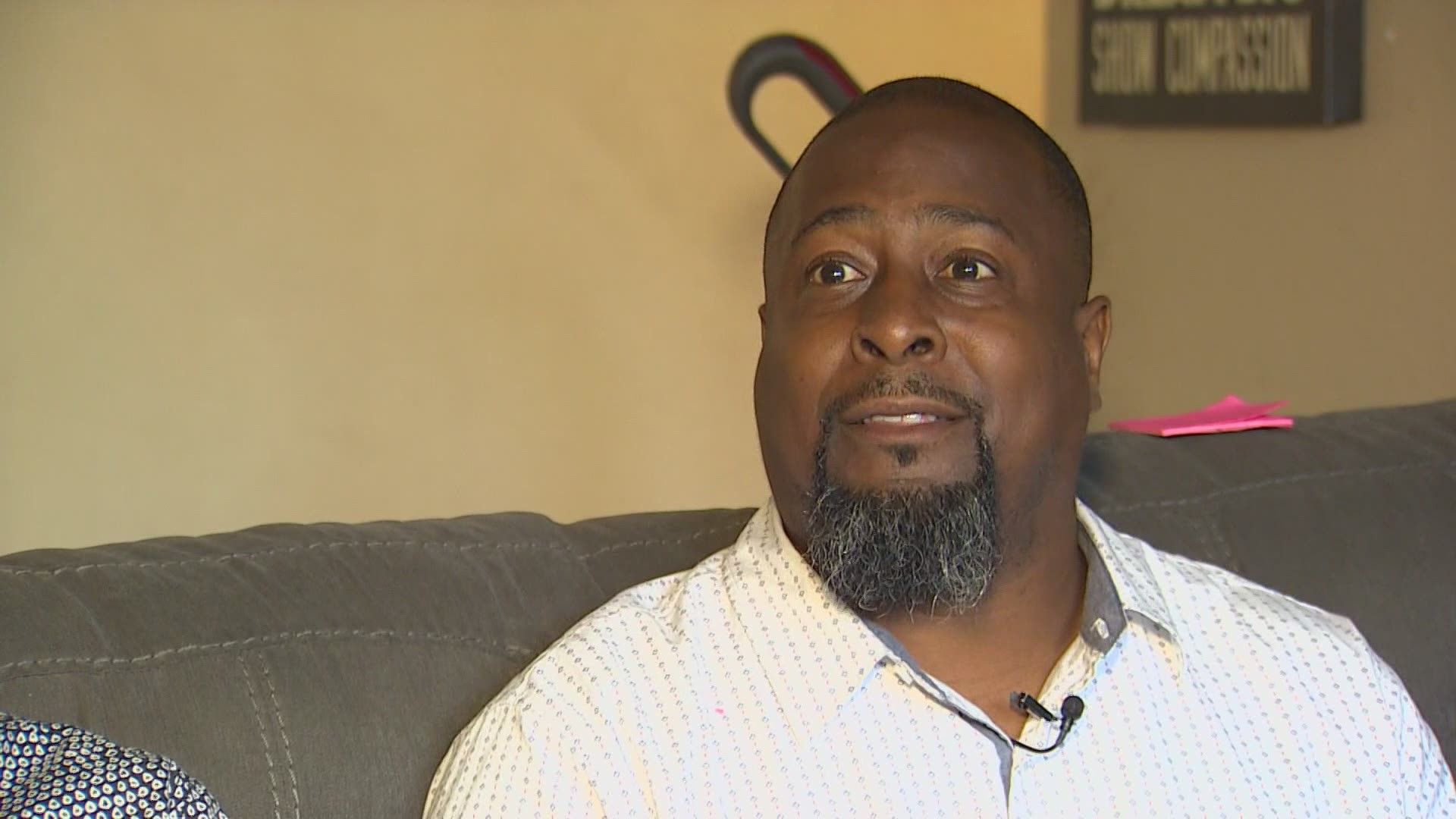