Unemployment fraud, identity theft on the rise in Washington

The Employment Security Department is investigating fraud from multiple angles - from fraudulent claims to identity theft. 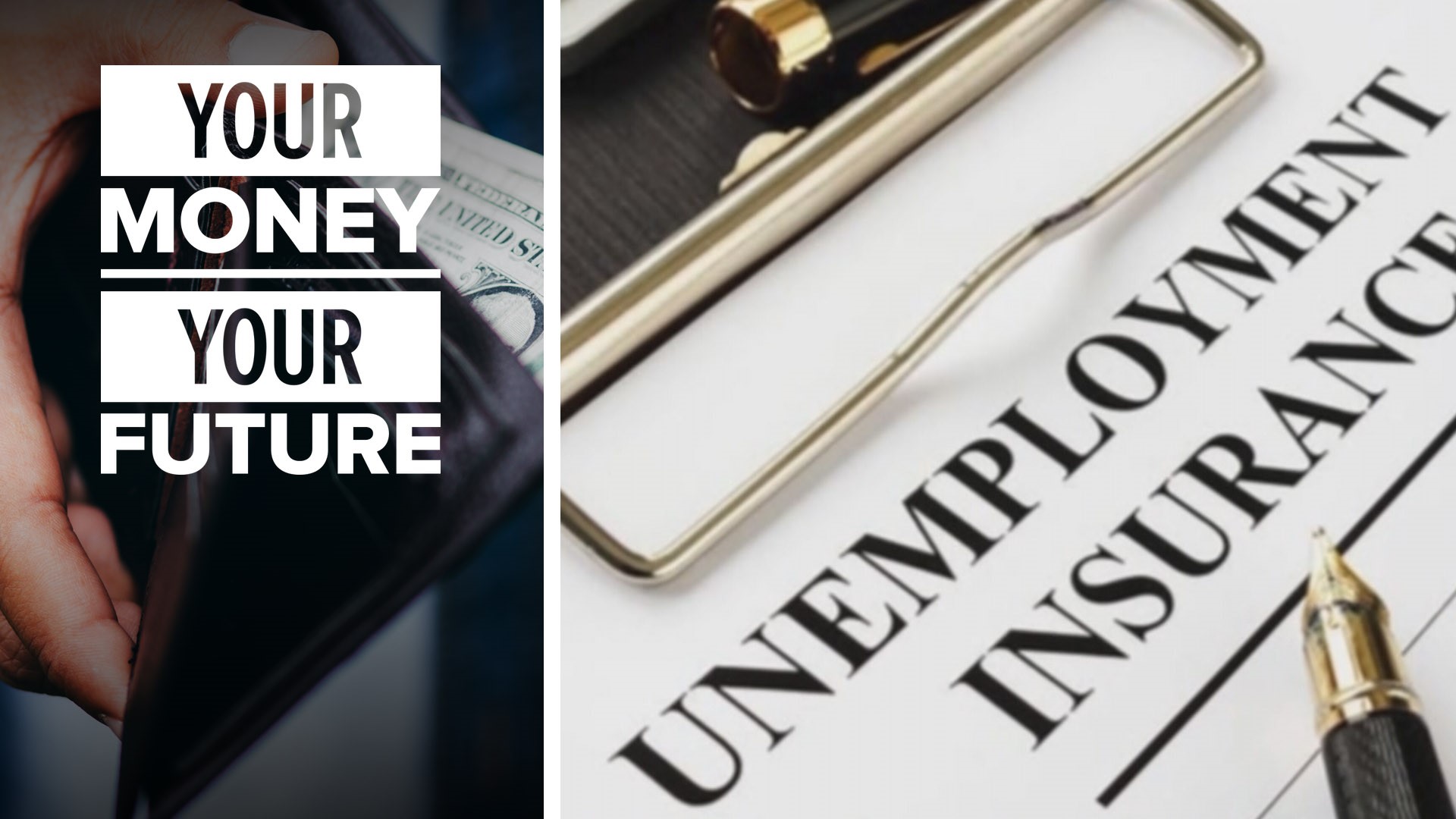 Checking the mail is normally a mundane task, but Abbey Seeds says her heart sank when she recently opened a letter from the Washington Employment Security Department.

In it, the state agency welcomed her into the Employee Assistance Program, which helps those who are self-employed.

"I was caught off guard because I have not applied for unemployment, and I currently am working as an essential employee," Seeds said.

Another odd finding: the letter was addressed to her in her maiden name, a name she hasn't used for more than 10 years.

Seeds says she immediately went to the Employment Security Department's website to pretend she was going to apply for unemployment insurance. In doing so, she realized that someone had already created a SecureAccess Washington account in her name. She learned her social security number was already connected to another email address. If she had access to that email address, she could have recovered her identity.

Seeds works in the finance department at a company that employs roughly 1,000 employees. She asked KING 5 not to disclose its name. She knew the Employment Security Department would contact her employer's payroll department for confirmation of her work status. She emailed the company's human resources department and alerted them to the fraudulent claim.

A short time later, her employer let her know that she and a handful of other co-workers were fraud victims as well.

"Immediately you think, 'Oh, did we have a breach of our company data?' Which is scary in itself," Seeds said. "So we did a little bit of work."

Her company did not have a breach.

Someone from human resources was able to fax the Employment Security Department to let the agency know their employees had been victims of fraud.

Seeds says she felt some relief because at that point she hadn't been able to get through to the state agency's phone line.

The ESD has recently ramped up efforts to prevent and investigate fraud. Commissioner Suzi LeVine says the department has seen a dramatic increase in fraud, which is on par with the rest of the nation.

"Especially with that $600 additional per person, per week," LeVine said.

Under Pandemic Unemployment Assistance, recipients receive $600 a week from federal dollars on top of the regular state benefits. "It makes a very attractive target for fraudsters," said LeVine. "So they are coming out en masse."

The ESD wants the public to know it would never request personal information like social security numbers on an unsecured site. It sent a fraud alert reminding people to always check the website's URL and make sure it is correct. LeVine also said the ESD has not experienced a breach.

The state also has a page listed on its site to report fraud.

Washington Attorney General Bob Ferguson says his office is keeping an eye on fraud and could also assist.

"It's a team effort," Ferguson said. "Regardless of the way in which the investigation gets launched, or we try and hold these individuals accountable for stealing identity and exploiting that to get an unemployment check."

Ferguson encourages people to file a complaint through his office as well as with the ESD.

Seeds eventually had a breakthrough with the state agency's helpdesk. She says the agent on the phone told her it was pure luck she got through and joked she should buy a lotto ticket. Nonetheless, her biggest win was taking back her social security number and putting a freeze on any thief attempting to file weekly claims.

Seeds' advice for the public is to register for a SAW account to beat a criminal to the punch. The state also allows you to check to see if you have an account already in the system.

"Personally for me, I don't know why the fraudsters picked unemployment," Seeds said. "It seems like a lot of work goes into filing a claim and then continuing to submit claims. Maybe they think one week of benefits for a large number of people is worth the effort."

Seeds is spending a great amount of effort working through the fraud portion of her report to the state.

Steps to take if you're a victim of unemployment fraud 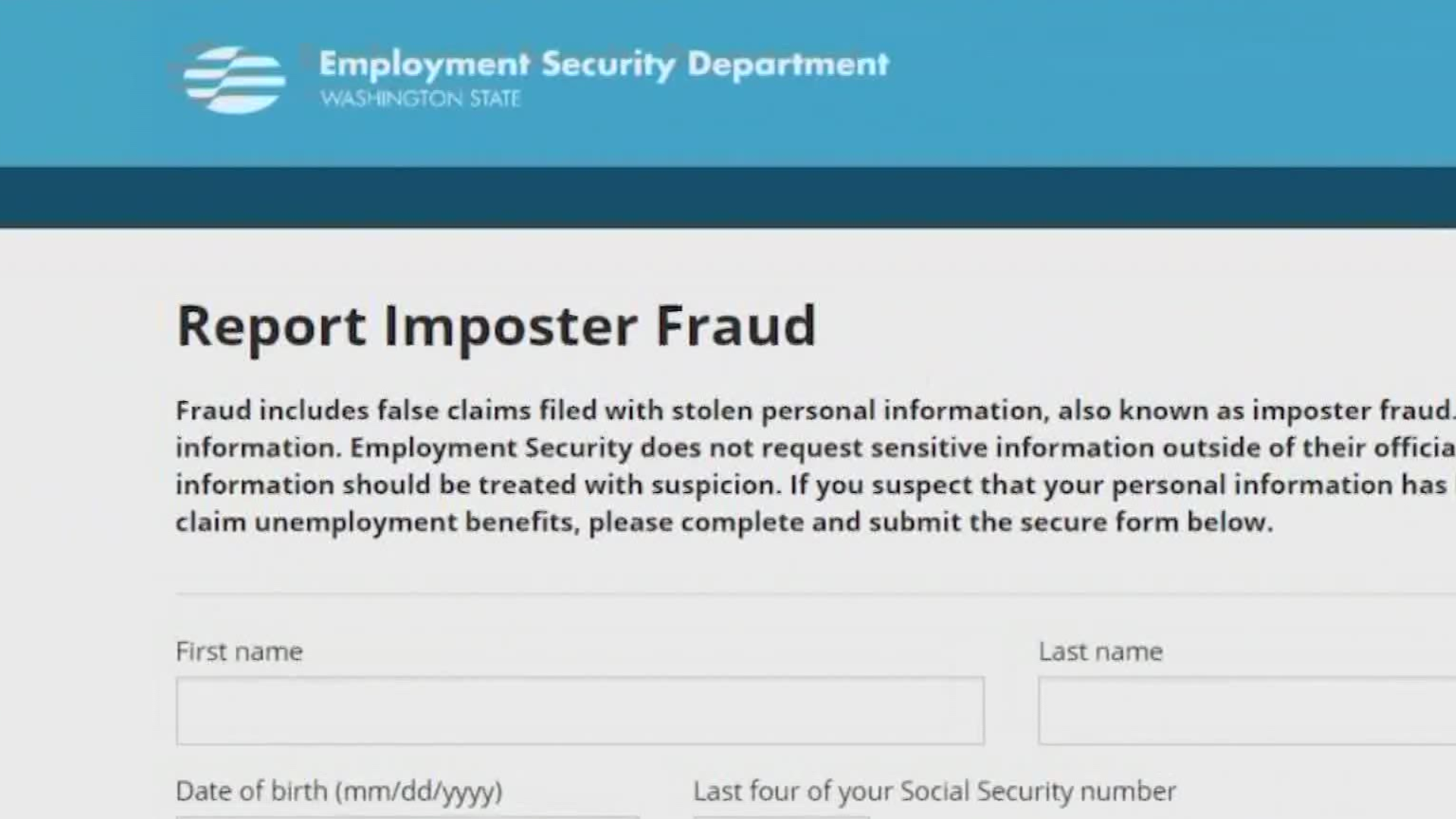