Approximately 90,000 unemployment claims are still being held for review. 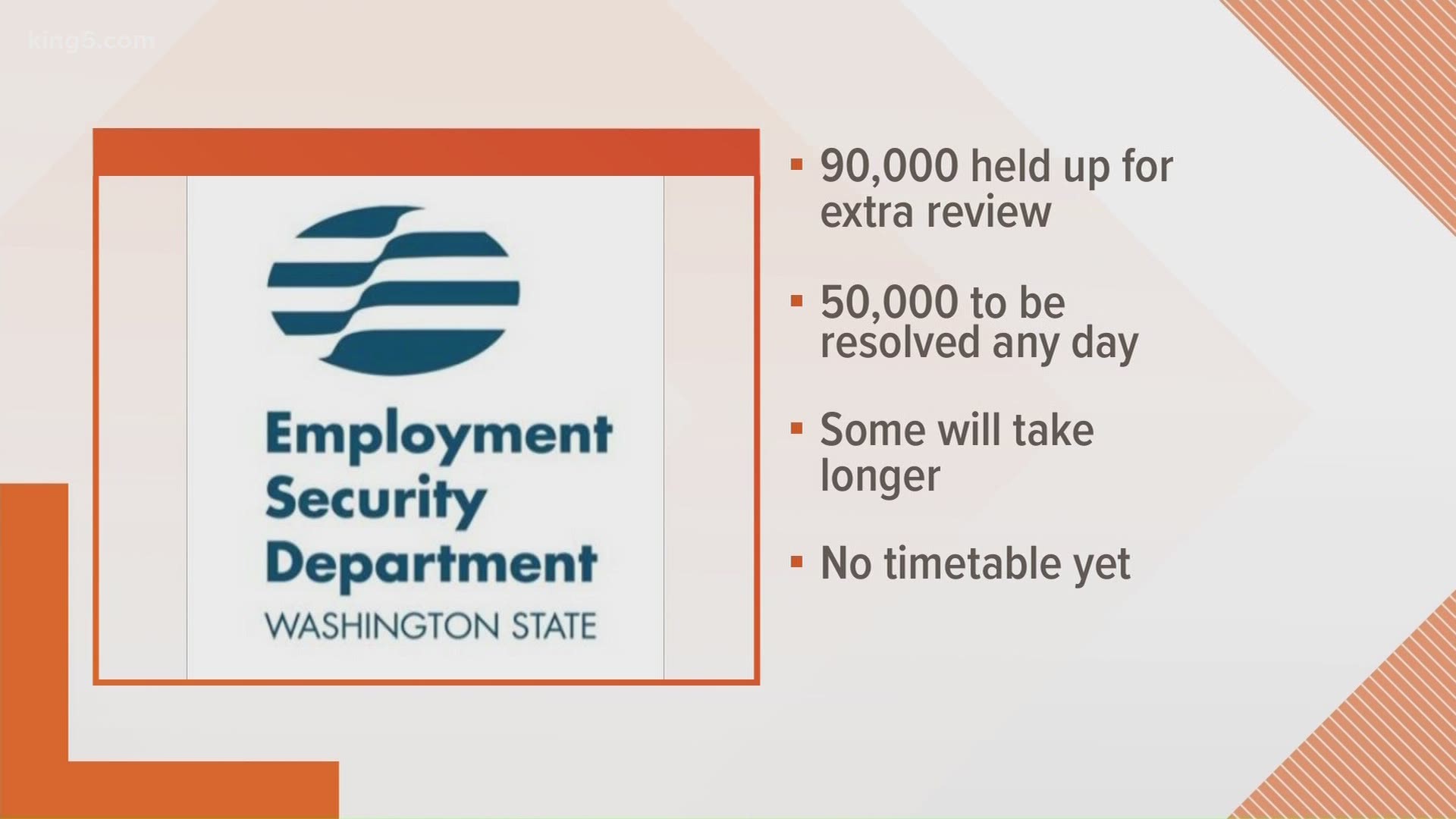 Of the biggest frustrations voiced from people waiting for unemployment benefits is the lack of communication with Washington's Employment Security Department.

Approximately 90,000 claims are being held for review. The Employment Security Department (ESD) plans to resolve around 50,000 claims in the coming days.

However, it will take longer for some. And for those people, the department could not provide a timetable.

The department previously said it wanted to have all claims in adjudication resolved or paid by mid-June. Now, some of those could be pushed back by at at least a few weeks.

The department restricted inbound calls to its claim center between May 13-19. Restricting calls was meant to allow agents to focus on outbound calling to "resolve complex issues for customers who have been waiting the longest for their benefits," according to ESD. It will also free up time to process claims with "simpler issues."

About a month ago, there was a backlog of 265,000 initial claims. Of those, about 187,000 needed to sign up for Pandemic Unemployment Assistance. Another 57,000 claims were stuck in adjudication.

VIEW | Your Money, Your Future