Economists say an abundance of inventory mixed with sellers who are willing to cut prices all equal benefits for buyers. 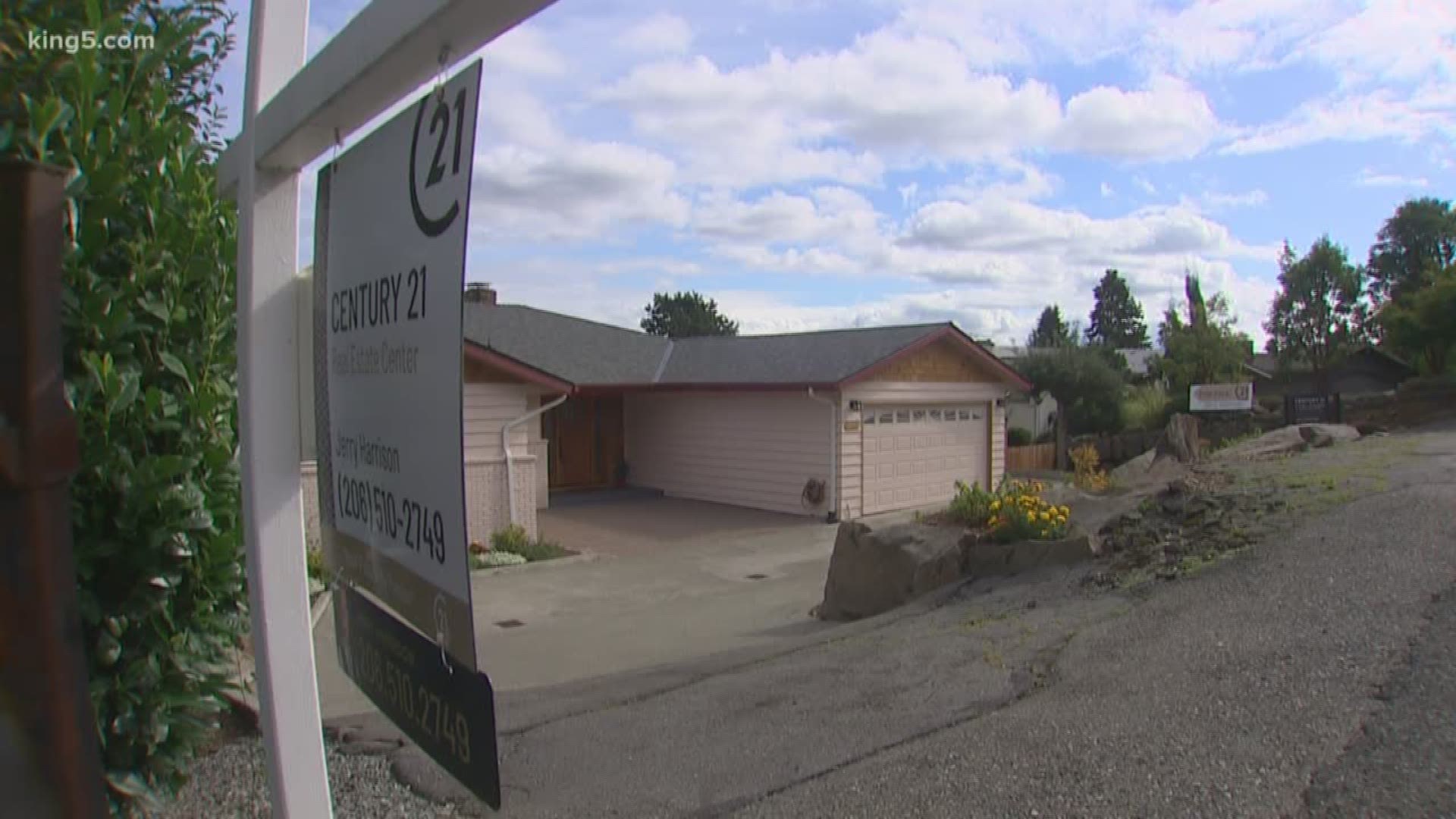 SEATTLE — We're months away from Christmas shopping season but bargain hunters might find some surprising deals now in the real estate market.

When you crunch the numbers, the final weeks of September are the period when home buyers might find they get a little more for their money and there's not as much competition.

Statistics show a house that goes on the market in September or is still on the market often doesn't sell for list price. It's a pattern the economists at Zillow have tracked over the last few years.

“You're most likely to get a seller who is willing to cut the price on their house and on the flip side there's a lot of homes on the market,” Zillow Economist Jeff Tucker explained.

“A lot of people who listed [their homes] in the summer or planned to list in the summer and didn't quite get around to it and they're all getting a little frantic to get rid of that house and sell it,” he said.

The price reductions are even steeper in the winter months but the inventory isn’t nearly as good, so economists say right now might be a sort of golden period for buyers.

RELATED: Tips for first-time home buyers on how to prepare and lessen the stress

“If we break out the year into half months, we find the second half of September hits this sweet spot of pretty big price reductions and really abundant inventory,” explained Tucker.

Seattle-based Realtor Matt Miner recently listed a house in Shoreline and said there were concerns about timing.

“You get a lot of carryover inventory really from August into September and that's when you start seeing deeper price cuts as people need their houses to move,” Miner said.

Miner said they focused on making sure the house was in prime condition by adding new paint, staging and doing some work in the backyard.

He and many other Seattle realtors say it’s not just this week, they believe the entire fall season is a good time to buy in Seattle with solid inventory that lasts through October.

RELATED: Here's how to stage your house to sell

"The entry market has gotten a lot warmer because people who thought they couldn't compete now know that they can," said Miner.

All the work Miner did on his Shoreline listing paid off.

"We ended up selling in three days for $50,000 over ask," he said, which also shows, even in a slower market, a desirable home will sell.