This striking David Bowie pool has made this $3.5 million estate a Vashon Island rock star 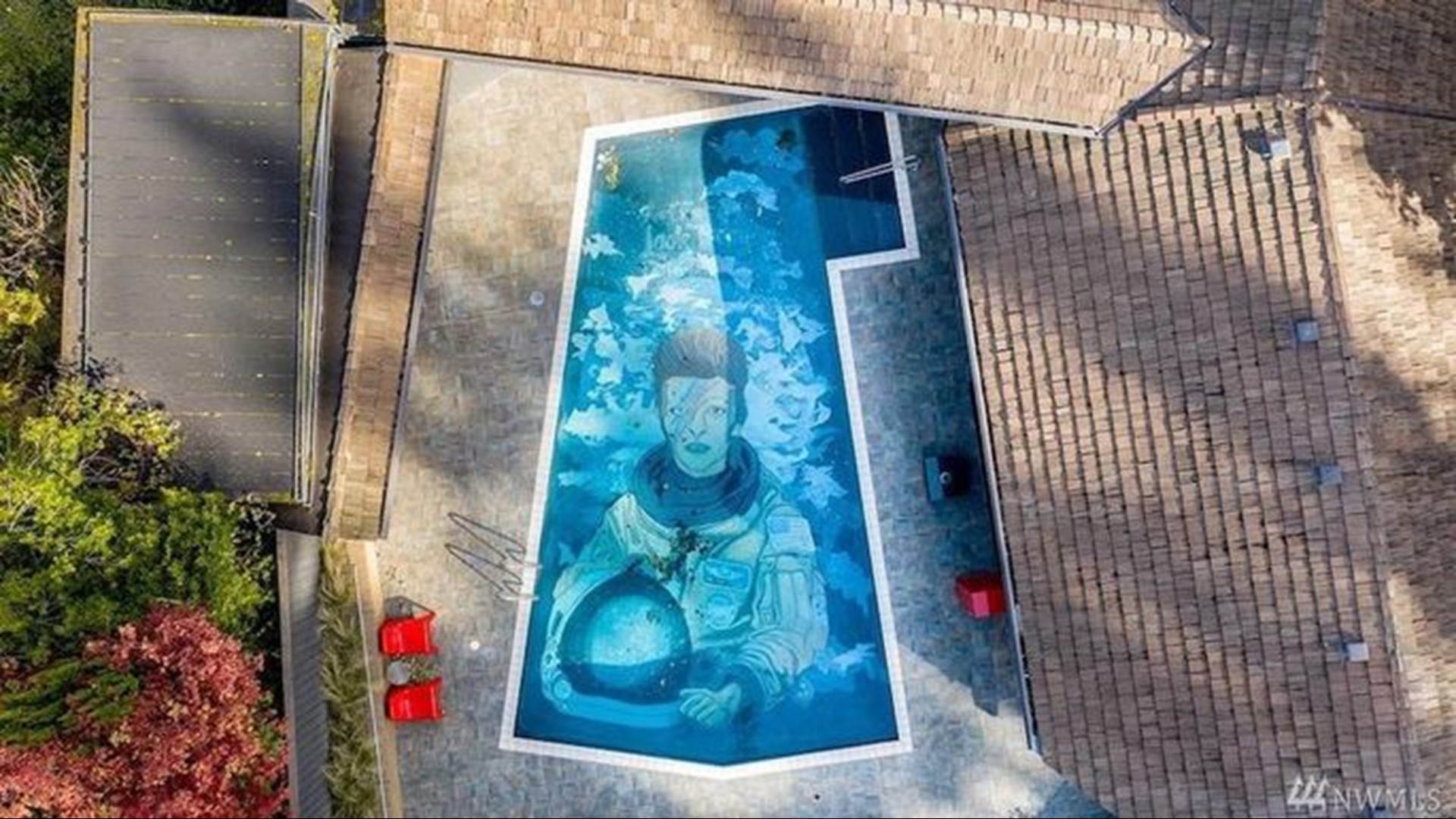 VASHON, Wash. — On Vashon Island, there’s a three-acre sanctuary for sale that comes with a guest house, incredible views, a swimming pool with a giant portrait of David Bowie and, in the middle of it all, a mid-century modern masterpiece.

“People cannot believe that this home exists in this spot,” says Windermere agent Kasey Gundram. “It's unlike anything on the island. Someone who appreciates mid-century architecture is going to come in and just absolutely fall in love.”

That's what happened five years ago when Caffe Vita owners Mike and Liz McConnell were house hunting on the island.

“We walked in the front door and I saw the sunken living room and then I saw the wet bar and I thought I needed to have this house,” says Liz McConnell.

“I needed a place at the time where I could kind of disappear and this place gave me that,” adds Mike McConnell. “Some peace. “

The couple has acted as stewards: preserving the home like a 1970's time capsule.

“I mean it's all nostalgia,” says Liz McConnell. “People walking in here are taken away.”

The 55-hundred square foot house was originally built in 1971 for K2 founder Bill Kirschner. He wanted wide open spaces and floor to ceiling windows where both his family and international guests could feel at home.

“Most houses at this time in history had small windows and this house has windows everywhere,” says Windermere agent Linda Bianchi.

In one window a gift to K2's founder remains.

“Every person that comes into this house walks up to that ship's wheel and starts steering it like they could just take this house where ever they want to go,” says Liz McConnell.

“I think a lot of people had a lot of fun in this house,” says Mike McConnell with a smile.

The McConnells also brought some rock n roll touches, like the pinball machines in the game room. Those will leave with the McConnells but David Bowie stays.

“We were probably listening to some Bowie and walking around,” says Mike McConnell. “I thought it made sense to put Bowie in the bottom of our pool.”

The McConnells are taking their rock dreams to another side of Vashon Island, but they hope the next owners realize what a special purchase they've made.

“I mean this home is definitely a unique, one-of-a-kind,” says Gundram.