Inside a $2.1 million Denver condo that used to be a historic church

What was once New Hope Baptist Church near 22nd and Ogden in Denver's Five Points neighborhood has been converted into four condos. 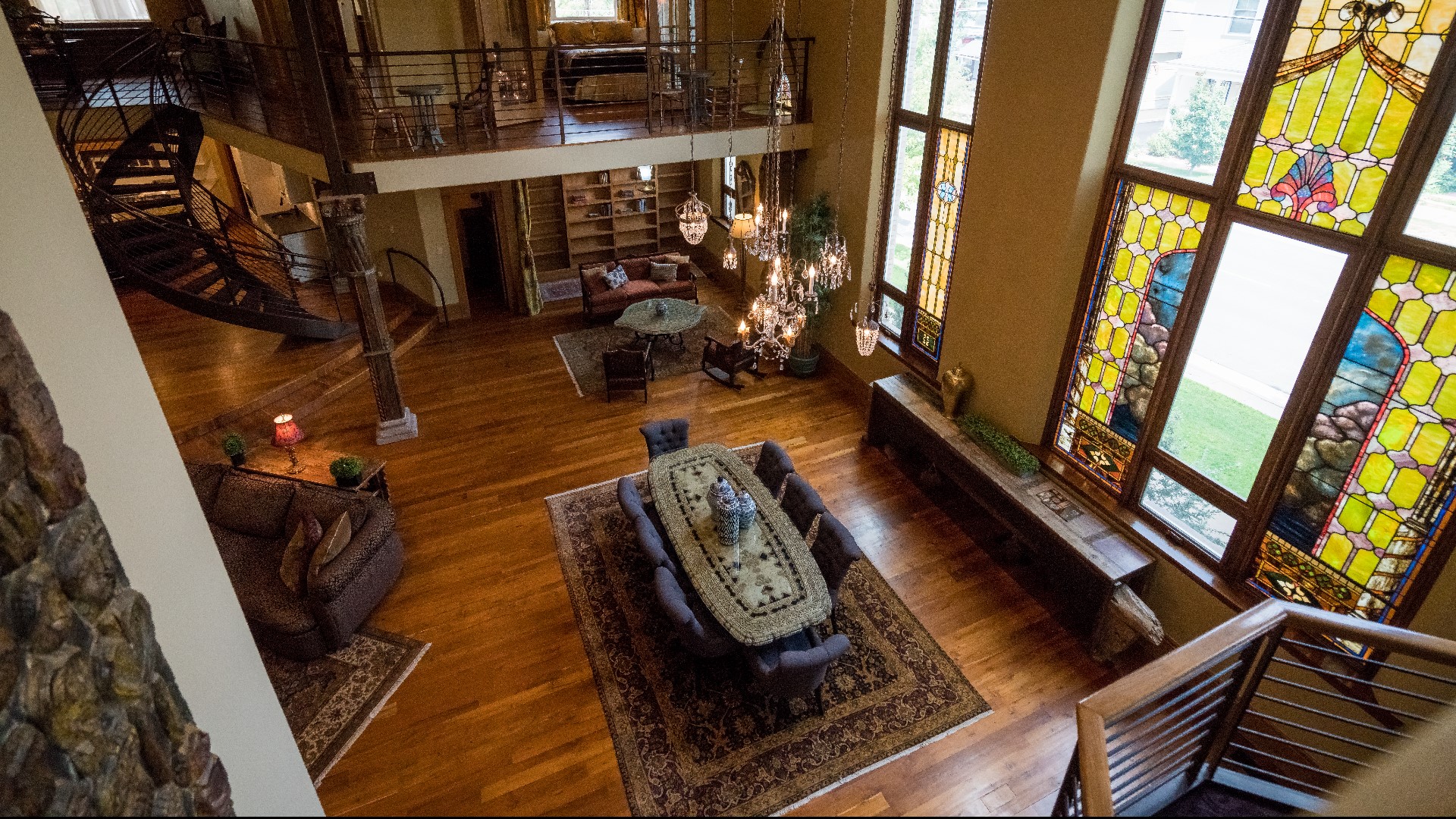 DENVER — In a city where slot apartments at times dominate the landscape, it’s unique to see an older piece of the city’s history find new life.

The property at 2283 Ogden St. used to be a church … and it still looks like one from the outside. But on the inside, developer Charles Nash has converted the space into four homes that integrate the church’s choir loft and stain glass windows.

RELATED: You hear a lot about this Denver neighborhood's past, but its present and future are the real story

RELATED: If this lone-standing Tennyson Street home sells, what could go in its place?

One of those is on the market, and the realtor gave 9NEWS a tour. Keep scrolling for photos of the property and a gallery. (Check out the listing here: bit.ly/2KWwKYt.)

This is part of a upcoming 9NEWS feature called “Denver Cribs.” Do you have a unique home you think we should check out? Email Allison.Sylte@9NEWS.com.

Parking: 3 spaces inside of a covered garage

The church was first built in 1906. It was initially First Presbyterian Church but was renamed New Hope Baptist Church in 1947. Shortly thereafter, it became the neighborhood center for the civil rights movement … and received visits from its heroes.

Coretta Scott King addressed the congregation as part of Women’s Week in March 1958. Her husband, the Reverend Dr. Martin Luther King, partnered with Rev. M.C. Williams during a visit to Denver in 1964 to support the Civil Rights Act.

During that visit, he heard a song at New Hope Baptist Church that would later be played at his funeral.

The church relocated in 1993. In 2010, Nash and architect Norman Cable reimagined the church as a place to live.

The last owners of the unit we visited added features from all over the world. Here are some examples:

- The entry doors are from a castle in India

- A wine bar in the master bedroom (not really a feature from all over the world, but you have to admit that's the dream)

- A hidden Murphy bed in the living room

Take a tour of some of the rooms

The large main room is built for entertaining, with 30-foot ceilings and natural light from the original stain glass windows.

This space has a "library" with a separate seating area, a marble table that's placed on reinforced teak wood, and more chairs in front of the fireplace.

The kitchen has multiple sinks, huge pantries, and a special grill.

The rooftop deck, which you can access from the master bedroom, has a unique view of downtown Denver.

The master bathroom has a double vanity, marble floors and tile, and a steam shower.

One of the studies used to be the choir loft. The other has a view of the main room.

Check out the gallery below for more images of the property!

PHOTOS | This $2.1 million Denver condo used to be a church