Since 2014, the Oregon Department of Justice received more than 1,200 consumer complaints about the global telecommunications company. 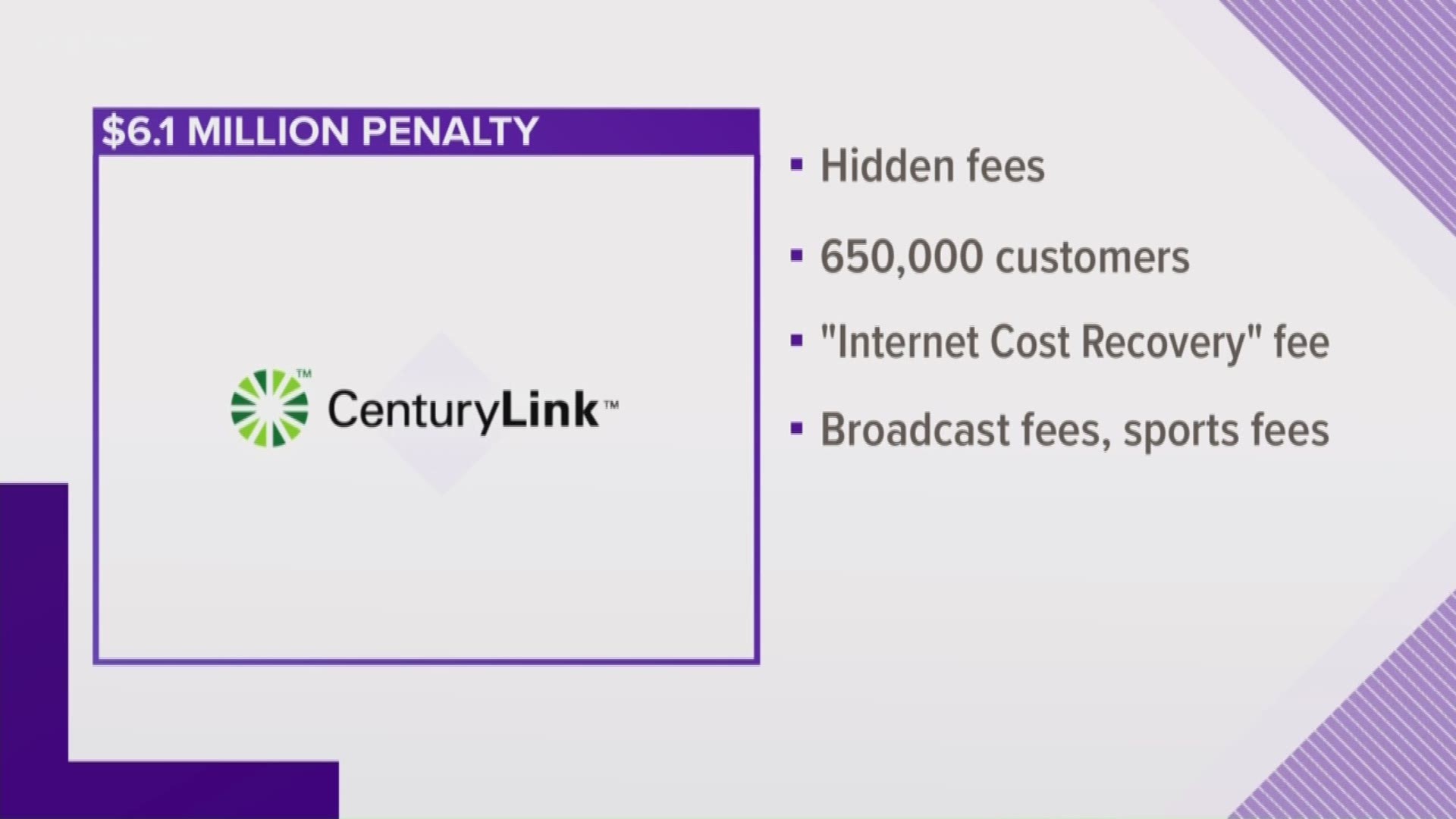 “Purchasing internet, phone service and cable is confusing enough without false promises, and confusing prices and fees,” Rosenblum said in a statement.

“Today’s settlement sends a clear message that hidden fees and other forms of unfair and deceptive business practices will not be tolerated in Oregon.”

Since 2014, more than 1,200 consumers complained to the Oregon DOJ about CenturyLink. Many CenturyLink customers said they were charged more than the promised price, received multiple bills each month for different amounts, were billed for services after they cancelled service or were billed for modems before they were installed.

As part of the settlement, CenturyLink will also refund $672,000 to 8,212 Oregonians who were overcharged for their services or didn’t receive the discount promised. Impacted consumers will be contacted directly by CenturyLink, but any consumers with questions can call the Oregon AG consumer hotline at 877-877-9392.

Under the settlement, which was filed in Multnomah County Circuit Court, CenturyLink must:

RELATED: CenturyLink to pay $6.1 million to Washington after 650,000 customers hit with hidden fees

The company is also facing a nationwide class-action lawsuit.

CenturyLink provided the following statement in response to the $4 million settlement with the Oregon DOJ:

"We have appreciated the on-going and productive dialogue with the Oregon Attorney General’s Office. While we disagree with the Attorney General’s position, we believe it is in the best interests of our company and our customers to amicably resolve these matters. Toward that end, CenturyLink has entered into an assurance of voluntary compliance to settle disputed claims and avoid the distraction and costs of litigation. CenturyLink looks forward to continuing to serve its Oregon customers consistent with the company’s unifying principles of fairness, honesty and integrity."