The trade war between the United States and China could have a big impact on Washington’s fishing industry. 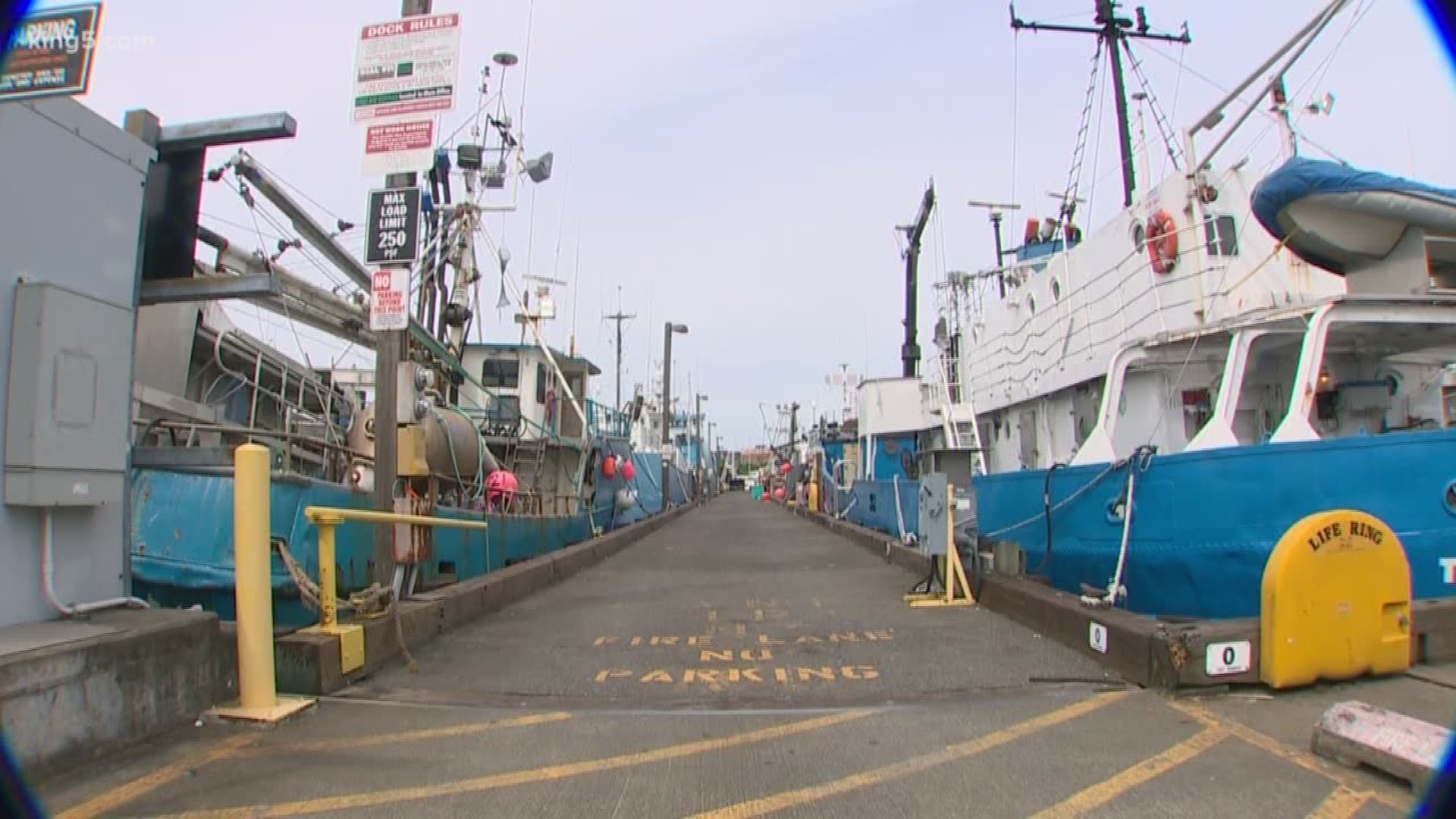 SEATTLE — Much of the Alaskan fishing fleet is based at Fishermen’s Terminal in Seattle.

Like the waves themselves, Washington state’s seafood industry has ridden the economic ups and downs for generations as the prices of fish and crab fluctuate.

When asked about the trade war and counter tariffs between the U.S. and China, people in the fishing industry told KING 5 more about the effects of the Trump admiration’s tariffs on foreign steel and aluminum than the U.S. exports of fish to China.

RELATED: US stock markets take a tumble as China retaliates on tariffs

Fishermen said they've seen the price of the steel and aluminum go up between 20-25 percent after the U.S. imposed 25% import duties on the metals in 2018. One fisherman said a friend having a new fishing boat built saw $30,000 tacked onto the cost of construction.

But since 2018, much of the fish caught by the U.S. fleet is also subject to retaliatory duties by the Chinese. Higher value fish such as salmon and crab heading to Chinese dinner tables fall into that category. But not all fish is subject to a tariff aimed at Chinese consumption, one is cod.

However, cod and other species caught by the American fleet are taxed by the United States as the product is returned to the U.S. for sale after being processed in China.

It's not clear yet how the newest round of retaliatory tariffs will affect the U.S. fishing fleet as the industry tries to learn the details.

Fishermen say the tariffs on fish have not had a major effect on the fishing fleet so far because prices are good overall and worldwide consumption is up. While China is a large and growing market, it isn’t the only export market for the U.S. caught fish.

"We connect regularly with a lot of folks around the state including seafood," said Lori Otto Punke, president of the Washington Council on International Trade.

The Port of Seattle, which owns and operates Fisherman’s Terminal, said 72% of the fish caught are exported. Punke said what she is concerned about is a lag effect.

“Have we lost any jobs yet,” Punke said. “We are looking at a laggard effect as it relates to trade. We know we're seeing double-digit decreases in certain sectors because of the trade war. How immediately we will see those job impacts, we don't know. But we do know there are about 28,000 jobs in Washington state that are related to trade with China.”

The seafood industry has been finding other markets or trying to absorb the costs and blunt the impacts to its end buyers in China.