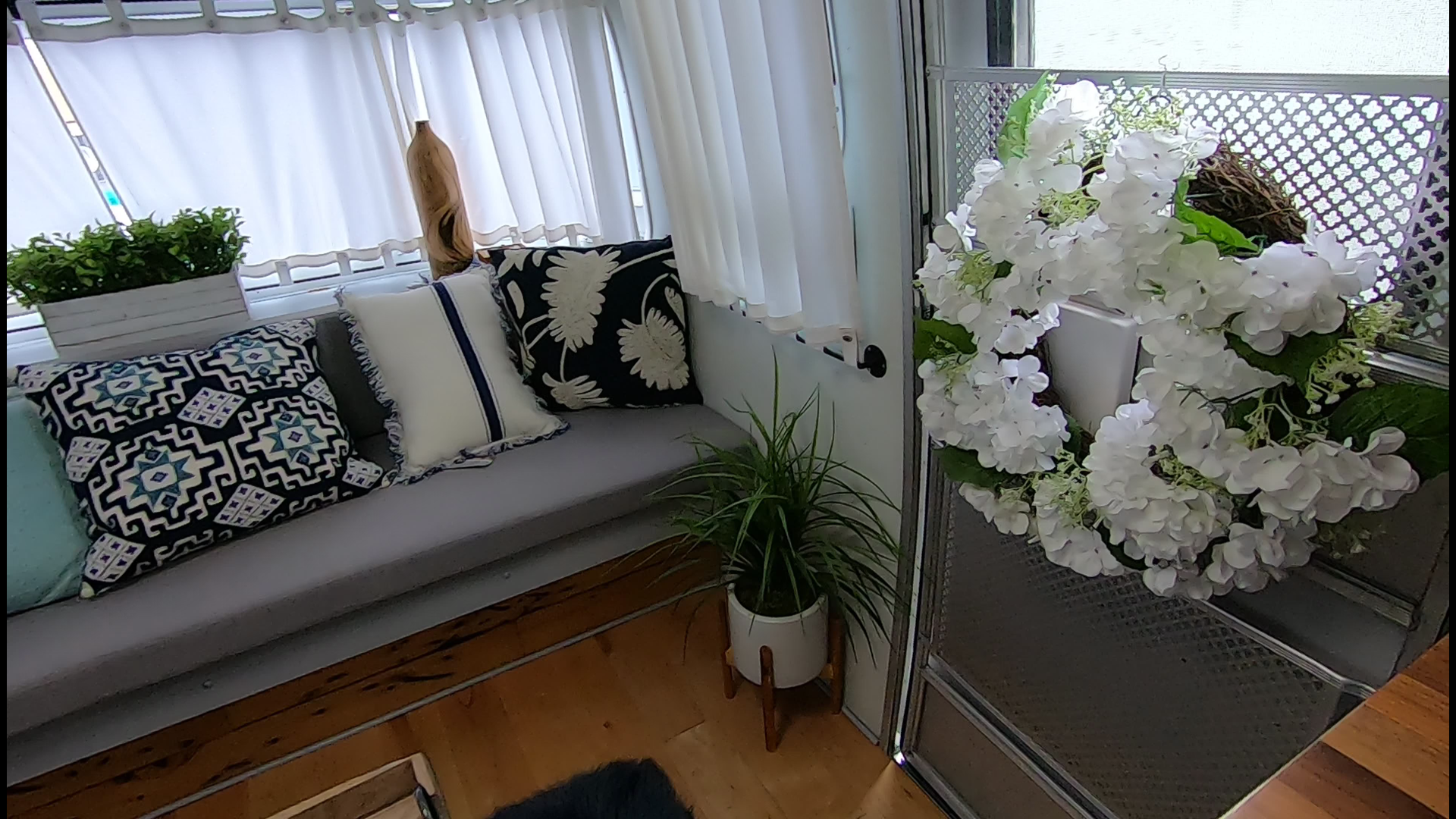 SUMNER, Wash. — “People come to us with their dreams,” says Stephen Fishburn, whose team at Sumner’s Little House Trailer Company spends months making each of those dreams come true.

“All my life I've done woodworking, starting with my dad when I was a little kid and wanted to build houses when I grew up,” he says. “And this is the next best thing.”

At a business park miles outside the city center, they renovate mid-century trailers. Airstreams mostly.

A brand that turns 90 this year.

“There is a nostalgia around camping,” says Fishburn,” and people bring us trailers and they tell us the stories about their lives.”

Renovations might start with something that doesn’t look promising. There’s a rusty Kit Jetstream trailer parked outside.

“It was out in the weather in Yakima County for probably 30 years,” says Fishburn. “It leaked”.

They take aluminum trailers in their raw form, strip them down to their frame and rebuild them, turning them into modern marvels. Demand has never been so high.

“The day-to-day work that we do for the last five years has not changed but what has changed is interest on the part of people who want to live in an alternate lifestyle,” Fishburn says.

Thanks to the pandemic, the tiny house movement and an uncertain real estate market, people are looking for new ways to live and work on the road.

But when you go vintage, there's a caveat.

“These trailers are dangerous,” says Fisburne. “Anything older than 20-30 years has typically got toxic black mold in it.”

“The starting point is usually $60-$65,000 plus the acquisition cost of the trailer itself in its raw form,” says Fishburne.

By the time the Little House Trailer Company has updated a trailer it may have WIFI, solar panels, a refrigerator even a $5-thousand incinerator toilet. And the outside? Most customers want it polished to a mirror finish.

“When you see a shiny Airstream going down the highway it's a sight to behold,” says Fishburn. “It's just a heck of a lot of work. It's probably by far the dirtiest most physically demanding, technical work we do.”

The finished product shines inside and out.

“Every single inch of this trailer has been touched by our hands to create this condition,” says Fishburn, standing outside an Airstream Classic which retails for more than $160,000. And that's before Fishburn's team have added their touches.  "It's a really special trailer, and it's nice to see it go to somebody who's going and it’s nice to see it go to somebody who’s going to love it”.