The state told business owners last year there would be no tax hike due to the pandemic. 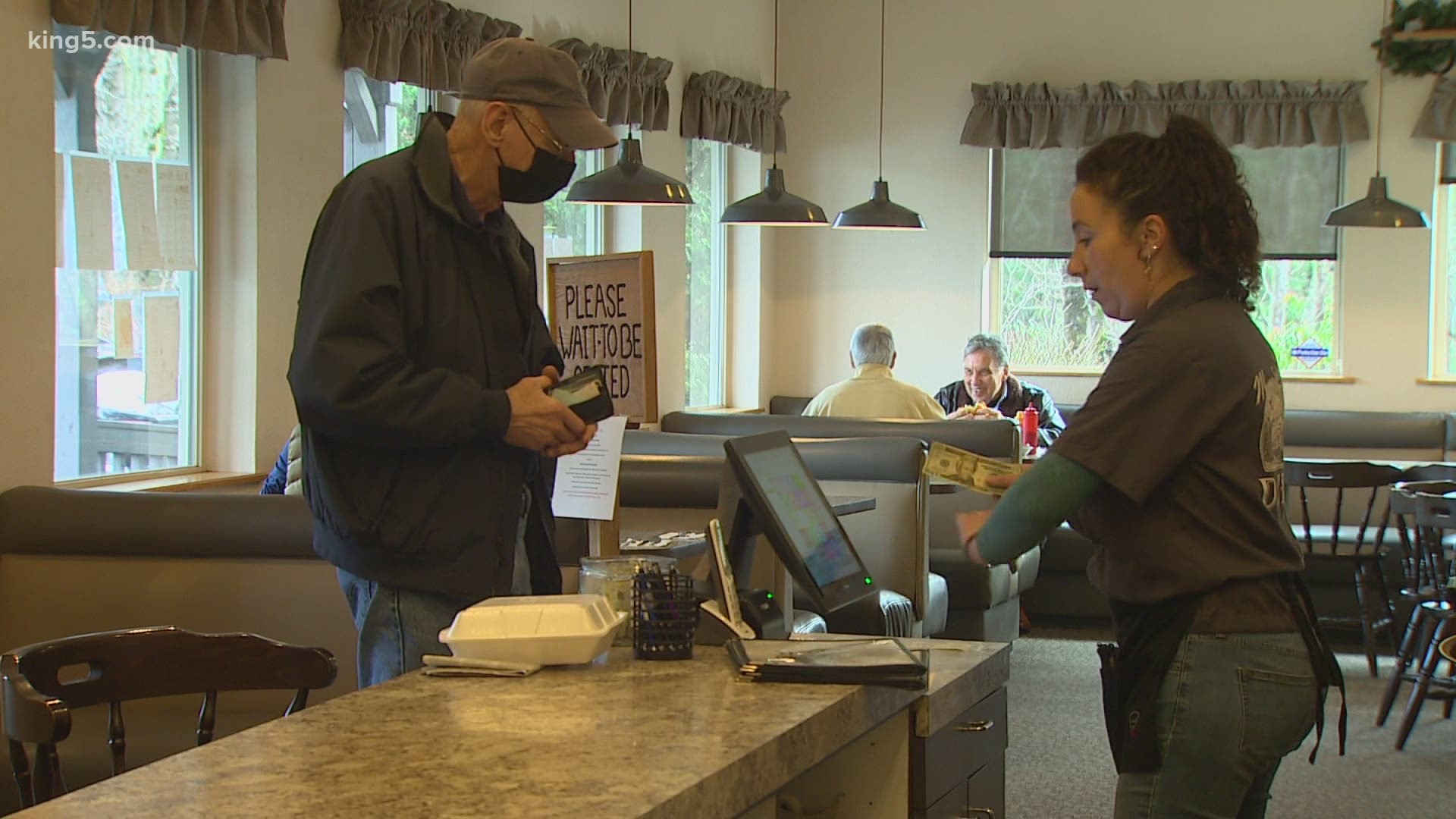 GOLD BAR, Wash — Business owners all across the state are being hit with a tax increase they were assured would never happen.

Unemployment tax rates are going up at a time when few can afford it — after hearing from the Washington Employment Security Department last year that they would not go up in the wake of the coronavirus pandemic.

One business that could be pushed toward a financial cliff is Mountain View Diner in Gold Bar.

Jane Boglivi works the grill. She's also the owner and does just about everything else there, as well.

A brutal nine months of coronavirus shutdowns were bad enough. Things got even worse this week.

Boglivi was told that her unemployment taxes are going up 10-fold.

"My business can't withstand a tax increase like this," Boglivi said. "Not with him wanting me to stay shut down. They assured all businesses the unemployment rate is not going up. Well, it's going up."

Boglivi said she had to open her restaurant for indoor dining this week in defiance of Gov. Jay Inslee's order so she won't have to close permanently after 27 years in business.

The Employment Security Department told KING 5 the law requires the state to base employer taxes on the amount of benefits paid to their former employees who were laid off in the last four years.

The rise in unemployment statewide resulted in $12 billion in benefits distributed throughout the state — two-thirds from federal funds, and $4 billion from the state Unemployment Insurance Trust Fund.

The spokesperson also said there are some legislative measures being proposed this session, including from the governor, to reduce that impact. But there are no guarantees.

In the case of Issaquah's Flat Iron Grill, the restaurant's accountant, Kim Amphlett, said that the unemployment tax increase works out to $268,000.

"This is something that will affect us for years to come," Amphlett said. "I mean, it's a slap in the face. We can't even pay our B&O takes because we're still shut down waiting day to day to day and holding off."

That is cold comfort for Jane Boglivi who said it's just another example of Olympia being out of touch with the rest of Washington.

The full statement from the Washington Employment Security Department:

"The law requires the Employment Security Department to base employer taxes on the amount of benefits paid out to their former employees who were laid off during last the four years. In 2020, about two-thirds of more than $12 billion in paid benefits came from federal funds. This doesn’t affect employers’ state unemployment taxes. Still, we’ve paid around $4 billion in benefits from our state’s Unemployment Insurance Trust Fund, and this does affect employers’ state unemployment tax rates. There are some legislative measures being proposed for this session, including by the governor, to reduce the impact of these taxes on employers."