It's taken less than a decade for the founder of nutpods to taste success beyond her wildest dreams. #k5evening 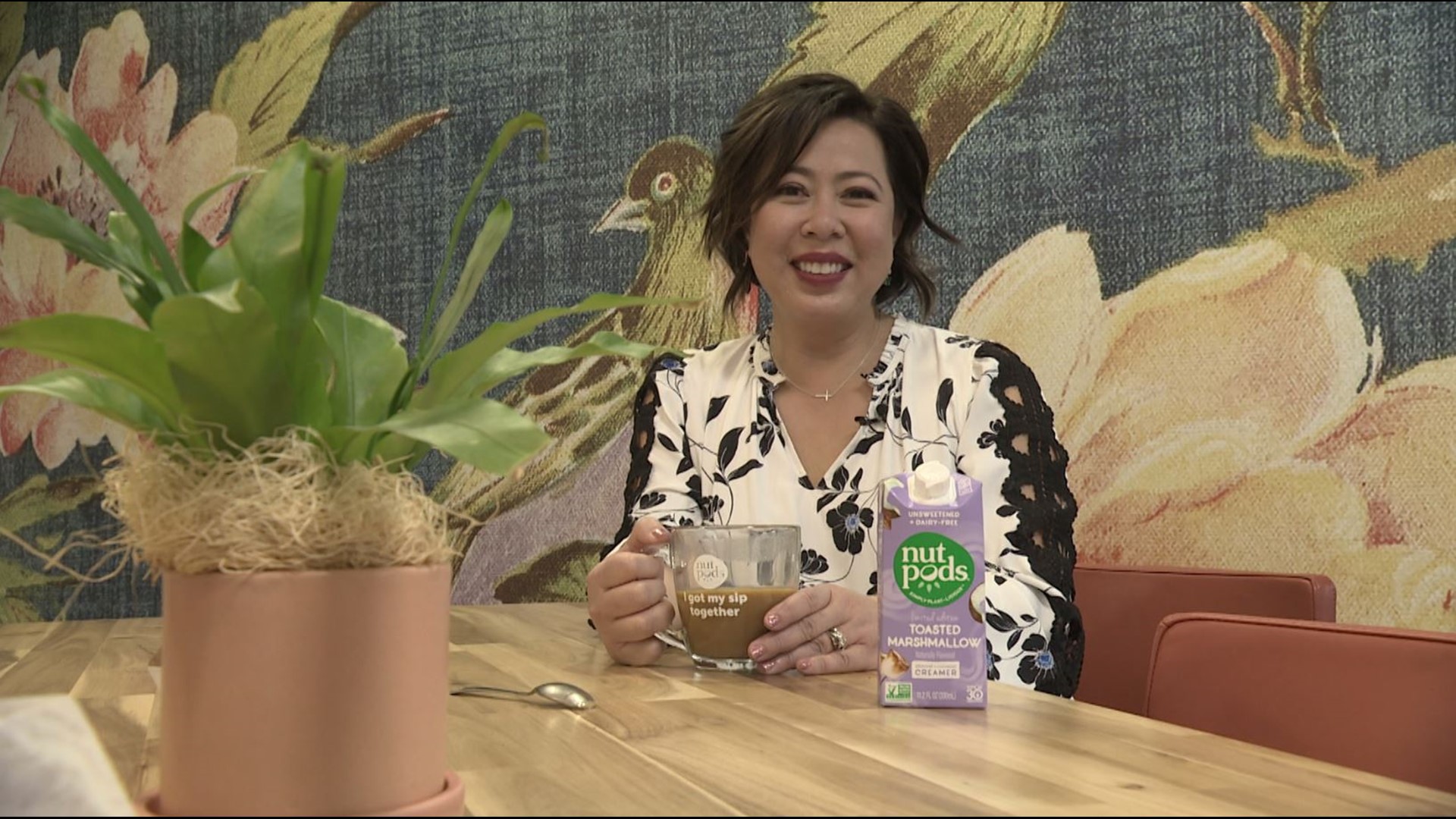 BELLEVUE, Wash. — Madeline Haydon was craving something she couldn't find. So she invented it.

"Created it in my kitchen," she said.

nutpods is a non-dairy creamer, a vegan alternative for people with special dietary needs, or just looking to add a new splash to their favorite beverage.

Haydon said, "I'm lactose-intolerant. But being from Seattle, we love a good cup of coffee. And so I missed having something that was like a half-and-half."

She set out to become an entrepreneur after 14 years in the medical field.

"I was the supervisor for Puget Sound Blood Center," she said.

Haydon was ready to follow her good idea wherever it would lead, no matter what it would take.

"I was considered a vampire. I didn't sleep a lot," she joked.

Pregnant with her second daughter, she launched a Kickstarter campaign in 2013.

"There was so much support for our Kickstarter videos around the world that I knew I was onto something."

Haydon spent the next two years formulating her almond and coconut milk creation.

"And then we finally launched on the marketplace in 2015."

Since then, nutpods has become a consumer favorite, attracted millions of dollars in capital investment, and earned Amazon's Small Business of the Year Award.

Haydon said, "For me, it's always about coming out with new solutions and new choices for people."

The company developed an oat milk offering and has a wide range of new flavors headed to store shelves.

"For people that just need a little bit of sweetness in their coffee, but they still want it to be better for you and move away from sugar," Haydon explained.

As the child of Vietnamese immigrants, taking chances is in Haydon's DNA.

"I learned so much about the skills that I needed to be successful as an entrepreneur from my parents, just forging a new life in the United States," she said.

"You have to know why you're doing this."

Haydon says successful companies should give their product, time, and money back to the community as much as possible. That's why nutpods and its employees can often be found lending a hand to local food banks.

"We're just being who we are, and then our customers are seeing it and embracing it."

This small company doing big things continues to innovate and build for a bright future. So does its founder.

"I would say, number one, follow your heart. You'll change and you'll grow a lot. That's what life is about," Haydon said, "It's been a great American story."