The company owned by military veterans makes jewelry and sandals. Some of the proceeds go to supporting causes like young women's education in Afghanistan. 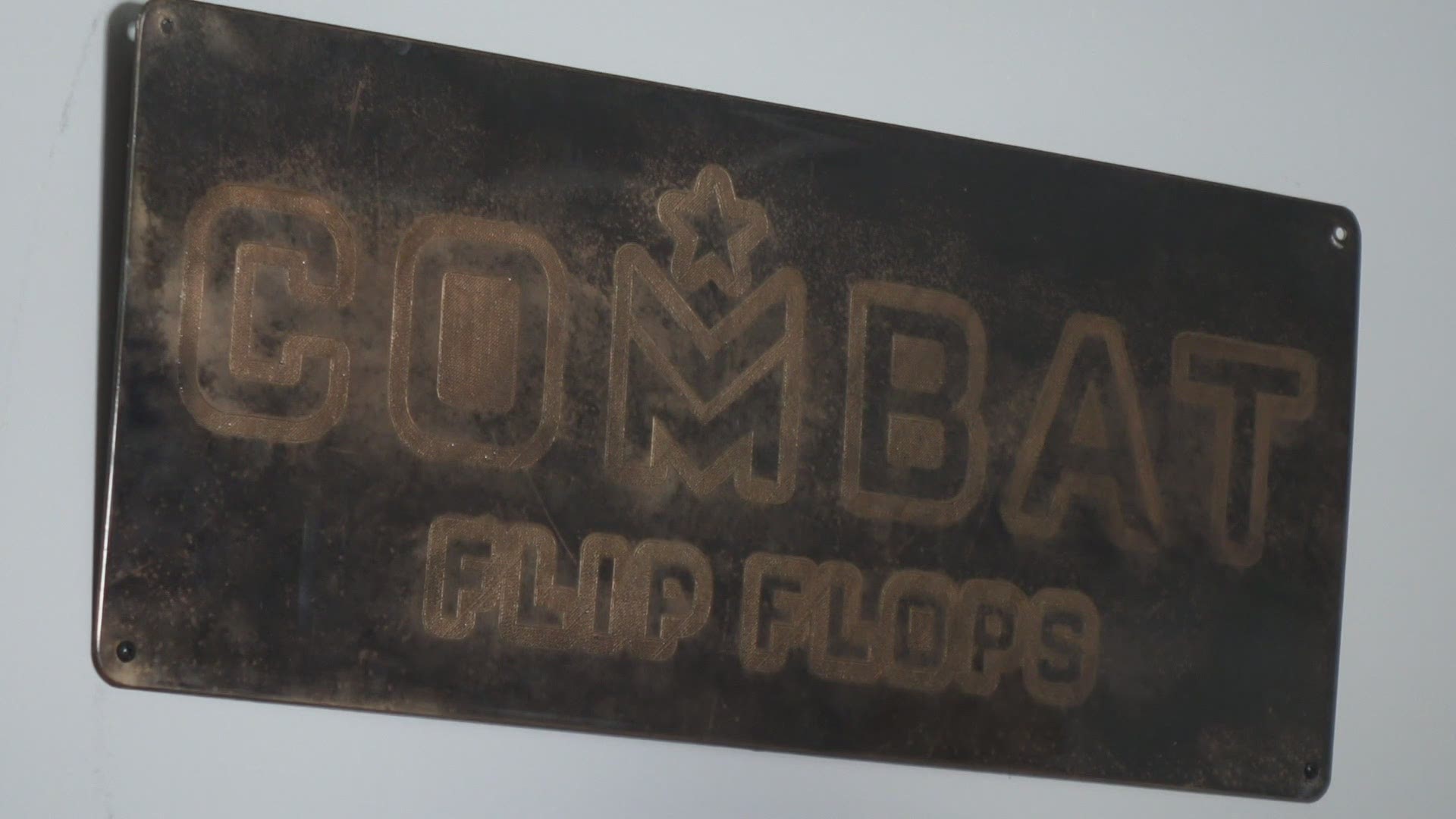 ISSAQUAH, Wash. — An Issaquah-based business is one of only 20 across the United States to be featured on YouTube's first-ever Small Business Day on June 24.

"We found that promoting business and economics in warzones is the best thing for security, so we started making flip flops and shoes and clothing in Afghanistan, Colombia, Laos, we make stuff here at home in order to create jobs to promote stability," Griffin said.

The company launched in 2013 and got a boost from an appearance on Shark Tank where three investors agreed to pitch in, including billionaire and entrepreneur Mark Cuban.

Much of the manufacturing for Combat Flip Flops happens in war-torn regions, with the proceeds going to support causes like educating young women in Afghanistan. More recently, the company is helping to fundraise for a former business associate who had his home taken by the Taliban.

"I believe most veterans are problem solvers, they want the problem to be solved because we don't actually like war," Griffin said.

Another one of the company's offerings are flip flops that include metal from AK-47 casings on them.

"All of our footwear tells a story, and we want people to be a part of that story, so you can sit down and it's like 'oh, those are cool flip flops!' And you can go 'Let me tell you about these, they're a veteran-owned company and when I bought a pair of these, a little girl went to school for a day in Afghanistan and you can feel good about that," Griffin said.

Combat Flip Flops will go live for 30 minutes at 9:30 a.m. on Thursday, June 24. Griffin said the company's president Andrew Sewery will monitor the chat and plans to deliver messages to Griffin via a custom blow dart ninja flip flop the company created for the occasion.