Bellingham's wind and temperatures in the 20s on Friday was a cold reality for people outdoors. 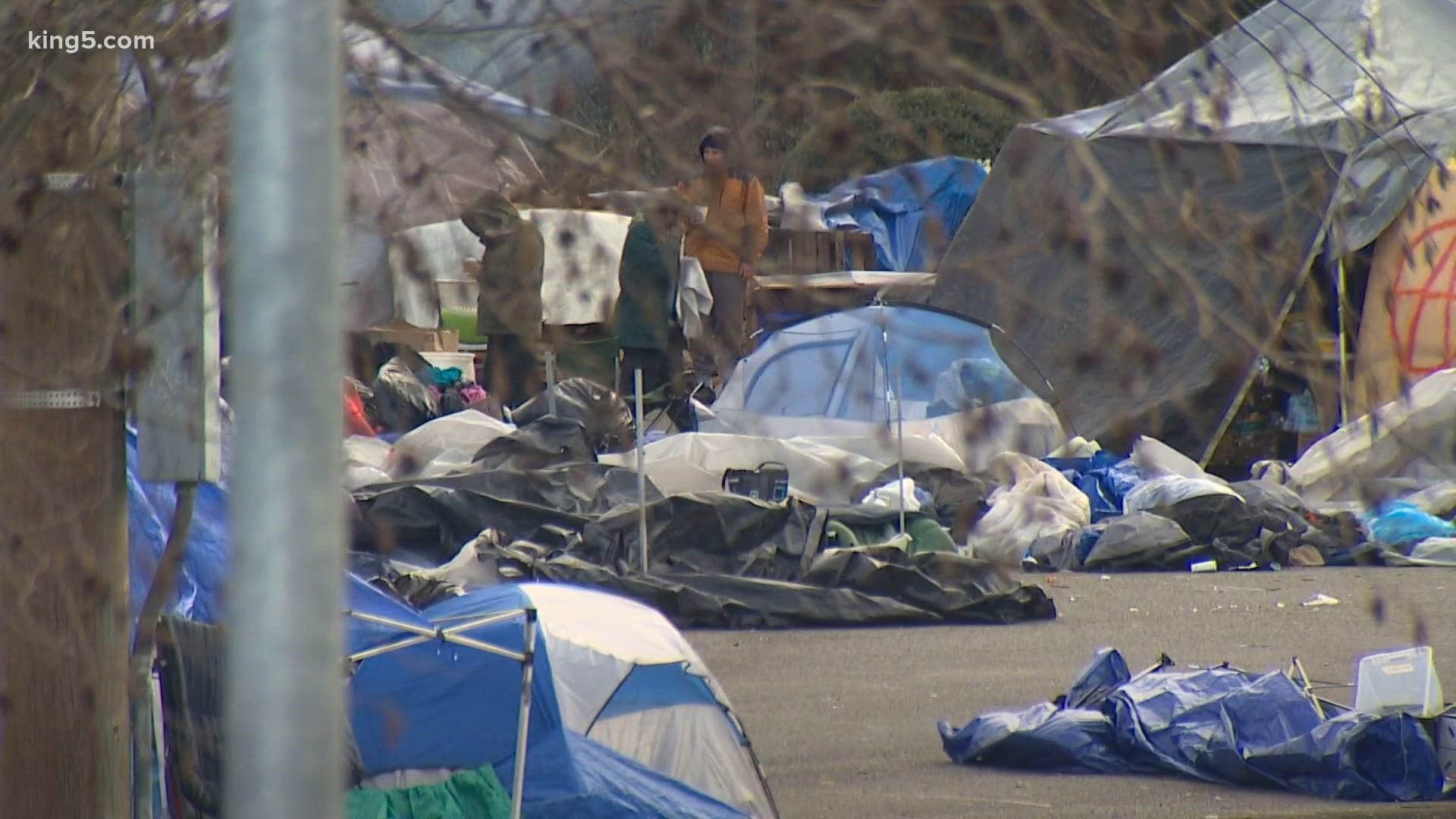 Outdoor seating areas all across downtown Bellingham sat empty Friday with freezing temperatures and winds making it unappetizing to eat outside. Indoor dining doesn't start here until Sunday when the county moves to Phase 2 of the state's reopening plan.

The combination of cold weather and nowhere to get warm is having a chilling effect on business, with temperatures in the 20s putting profits hovering around zero.

A few people braved the cold.

"I've got thermal pants on, a thermal top. It's like being up in the mountains but in town," said Lance Watson, with his date outside Black Sheep restaurant.

Camber general manager Gloria Baldwin said this has been the worst week of the year, by far. She didn't even bother to set up the cafe's outdoor tables and chairs Friday.

"We don't really break even any day that we're open, right now," Baldwin said. "We're kind of just struggling through that day-to-day."

Adding insult to injury, as someone cut through a steel cage this week, and stole two propane tanks used for the cafe's heaters. Cold reality is hitting hard.

"It's really sad," Baldwin said. "It's another one of those costs, too, that we take a hit on. We'll most likely have to replace our cage and find a way to reinforce it, which is also more money."

While bad for business, the plunging temperatures can be dangerous for people without shelter.

Dozens remained in a homeless camp at Bellingham's Civic Athletic Complex, despite an order last week to leave.

Police said one person was hurt there Thursday when a propane tank exploded from people trying to light fires to stay warm.

Across town at the Base Camp homeless shelter, about 40 additional people showed up when the temperatures started dropping this week looking to get out of the elements.

He said in some cases, getting people off the street and into a shelter during the wintertime can be a matter of life and death.

"People start to lose fingers and toes. It's very dangerous. We strongly discourage camping out in this weather because some folks just don't wake up in the morning."