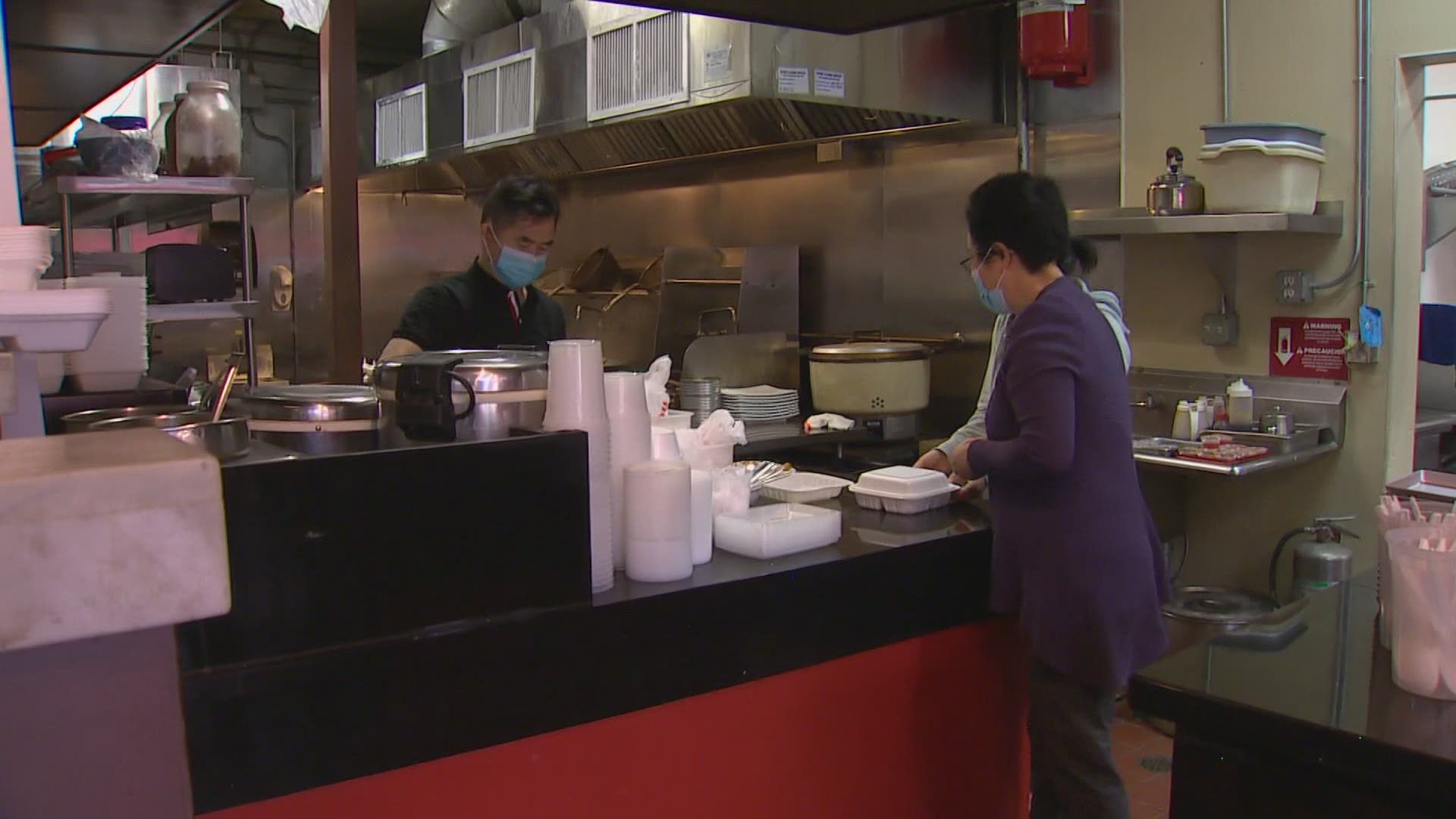 KIRKLAND, Wash. — Restaurants, bars and breweries across western Washington can now apply for much needed help from the U.S. Small Business Administration.

The American Rescue Plan Act of 2021, signed in March by President Joe Biden, created the $28.6 billion Restaurant Revitalization Fund. The money will be awarded in grants to restaurants that suffered financial losses due to the COVID-19 pandemic.

“Those who get qualified and get approved for these grants, could really see a lot of their debt erased. And that's the good news,” said Anthony Anton, president and CEO of the Washington Hospitality Association. He said it’s important for every Washington restaurant to apply as soon as possible.

“The bad news is 80% or higher won't qualify. There's just not enough money to support all the restaurants,” said Anton.

Anton believes more bad news could come as early as Tuesday when Gov. Jay Inslee is expected to announce whether some counties will move back to Phase 2 under his "Healthy Washington" reopening plan. King County is one of many in the state expected to roll back to Phase 2, which caps indoor dining at 25% capacity versus 50% in Phase 3.

"We know the rest of the week will be tough," said Anton. “For many operators, at 25%, without any ability to go higher, depending on the business you are that equals just about as much debt as you have when you're closed.”

Restaurant owners across Washington have been dealing with changes to how they can operate their businesses. Anton explained that many are beyond frustrated.

“Particularly when you look at New York, New Jersey and Connecticut, other Democratic progressive states have announced that they're opening on May 19. When you look at California and Oregon have actually set dates for opening,” said Anton.

He said it’s hard to understand the decisions being made about restaurants when they feel they’re not the problem. “Other states across the country are talking about opening and in Washington, we’re spending this week talking about rolling back. So we really are an outlier,” he continued.

Applications for the new grants are now being accepted and will be until the funds run out.

According to the Small Business Administration, the businesses that might be eligible for these funds are those who have experienced pandemic-related revenue loss. They must be one of the following:

The Small Business Administration is giving priority to a few specific groups of business owners. Applications from women, veterans and minority business owners will be considered first, as well as those business owners who are socially or economically disadvantaged.

Learn more on how to apply by clicking here.

“This is a positive step forward,” said Anton. “Hopefully, we can demonstrate the need to Congress to continue to fund this moving forward.”