Seattle restaurants struggle to hire staff as economy bounces back

Despite a starting wage of $18 an hour, health care benefits and paid time off, Dick's Drive-in is still having trouble hiring employees. 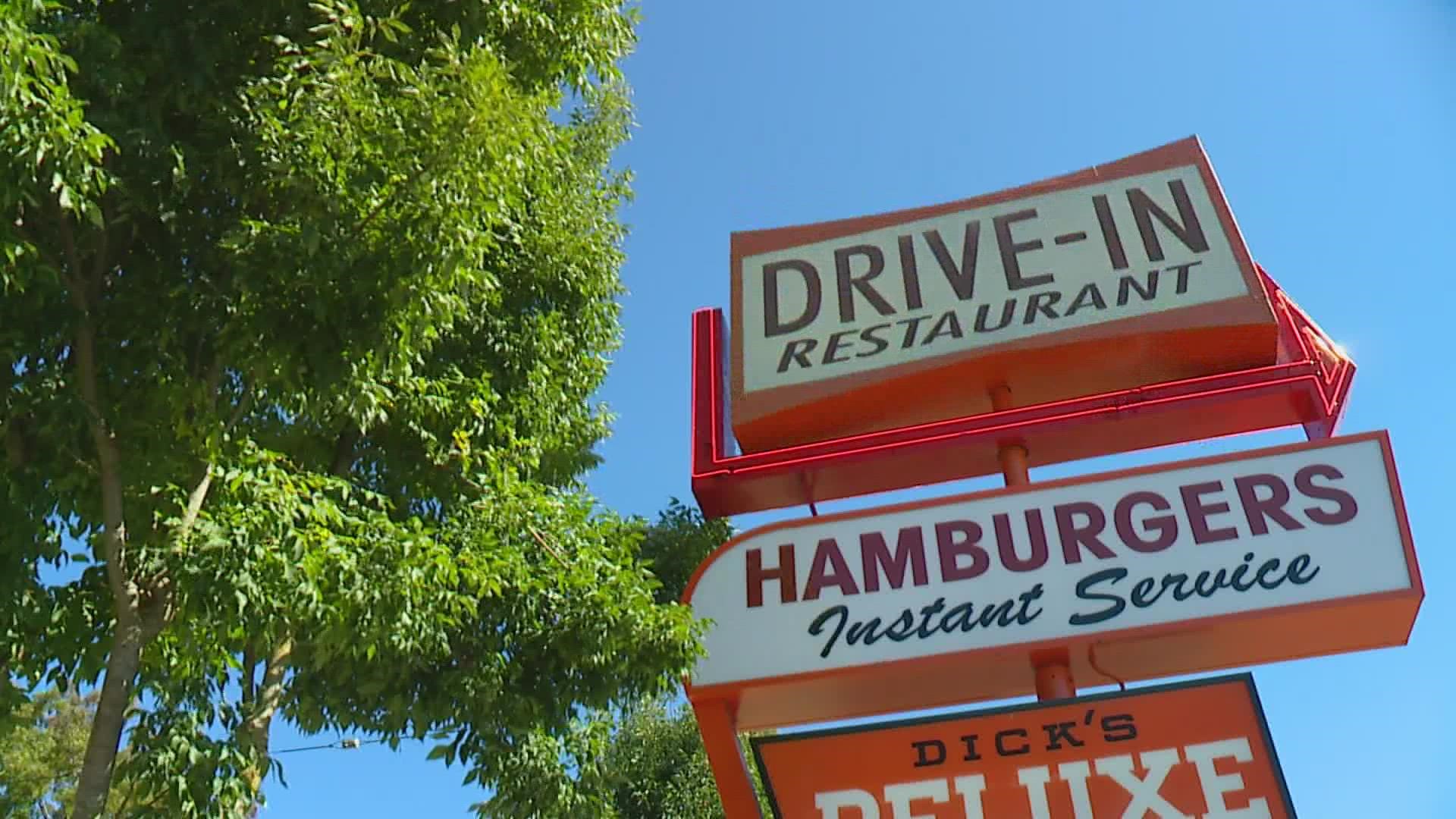 SEATTLE — Help wanted signs are popping up at restaurants and businesses across western Washington - a sign that the economy is picking up faster than some are willing to get back to work.

On Wednesday, the US Department of Labor reported there are 10.9 million job openings across the country, which is the highest number in more than 20 years.

Now, Seattle restaurants are struggling to hire employees in the midst of the nationwide worker shortage.

Between offering only take-out and glass partitions separating patrons and staff, Dick’s Drive-In restaurants may have, accidentally, been among the best prepared for the Coronavirus pandemic.

However, the high demand for workers has the business feeling the impacts of the pandemic.

Despite a starting wage of 18 dollars an hour and many other benefits including health care and paid time off, Donavan says her family’s business can’t find applicants.

“There aren’t as many people ready to come back to work as we have openings as business patterns start changing,” Donavan said.

“You know we have been short-staffed and it has been hard on the crew but we are making it work as best as possible – but more people would be amazing to add to our team,” Brionna Osgood, a manager at Dick’s Drive-In's Wallingford location.

A team that for now remains short-staffed.

“My employees are getting kind of exhausted from it all but they are doing an amazing job and I couldn’t be prouder,” Donovan said.

Across Ballard, help wanted signs are easy to spot in store windows as some stores operate on reduced hours and others have closed altogether without the necessary staff.

Teens may be filling in part of the workforce gap, according to NBC news. More than 32% of teens had a summer job this year - the highest rate since 2008.