Nordstrom says its new store is designed to let people to shop with speed and convenience. 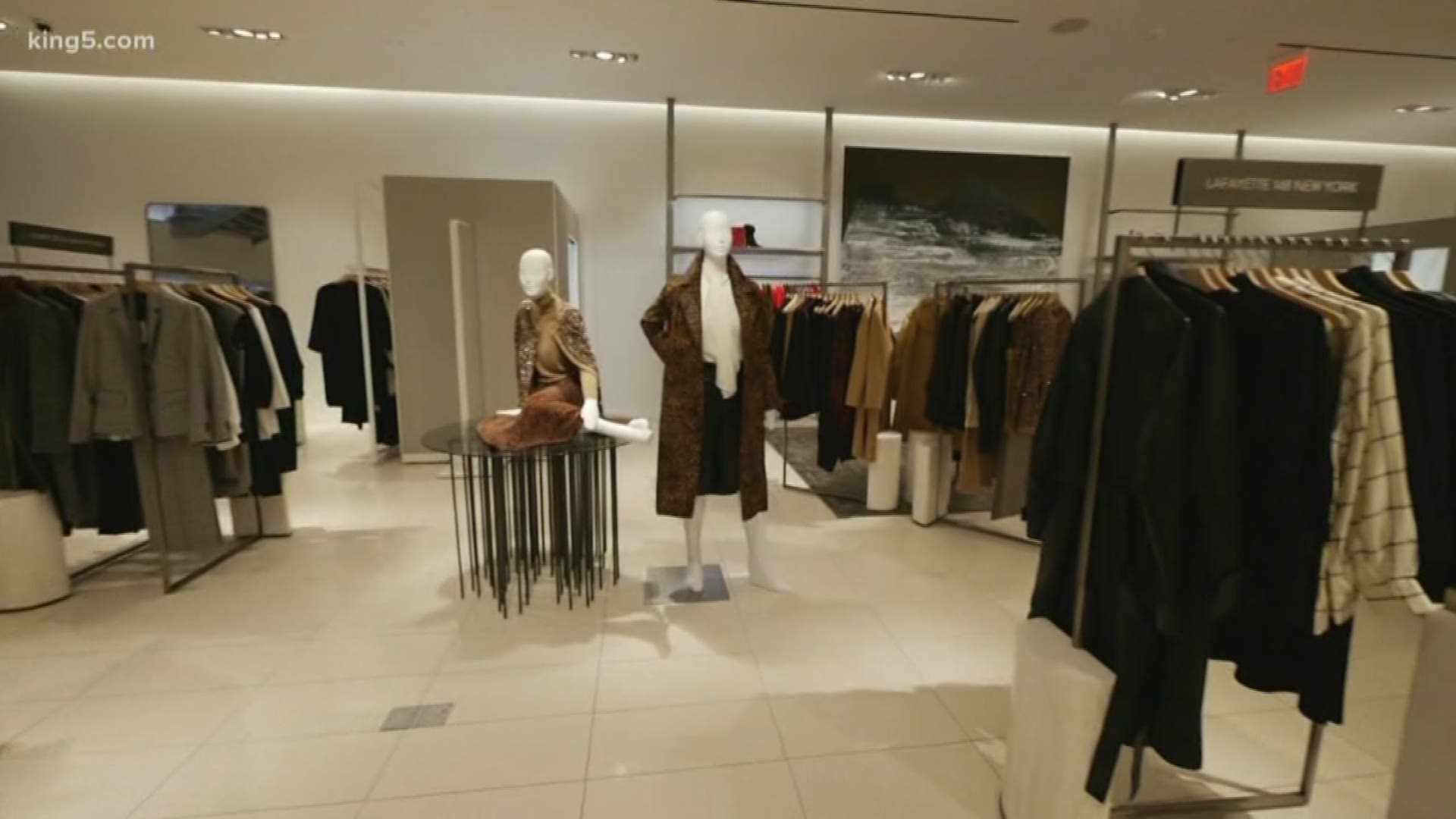 After years of planning and anticipation, Nordstrom opened its flagship store in New York City on Thursday.  It's the largest single-project investment that the Seattle-based company has ever made.

As department stores continue to struggle to survive and more people are shopping online, Nordstrom has also seen its sales drop. Its stock price is down nearly 20% since the beginning of the year and there wasn't much reaction on Wall Street this morning, where shares dropped more than 2% after today's store opening.

Nordstrom hopes the NYC flagship will be more than just a place to shop. The company wants customers to have an experience at the new store and is betting on that to bring in foot traffic to the store.

The 320,000-square-foot store near Central Park spans seven floors and carries everything from Vans to Valentinos, making the store approachable for the average mom to the high-end celebrity.

You can get jeans altered while you wait, get a blowout or botox in the beauty department, or grab a cocktail while you shop. There are charging stations for your phone, WIFI throughout the building, and you can even get your stroller cleaned in the kids' department.

Co-President Erik Nordstrom said the company has adapted to the changing retail industry by incorporating ways for people to shop with speed and convenience.

"Manhattan happens to be our biggest online market so we do a lot of e-commerce here, so we pivoted to view coming here as expanding the market versus opening a building," said Nordstrom.

Over half of store purchases start online and over a third of the company's online purchases start in the store, which is why Nordstrom has seamlessly integrated the digital experience into the brick and mortar store.

Nordstrom has made online ordering and pickup faster and more convenient for the busy shopper who doesn't want to step foot into the store.

"We have to be curious and really challenge ourselves to change and not be wedded to what we've always done," explained Nordstrom. "But if you're focused on the customer, you follow them, you follow them quickly, and you do what they want."

Nordstrom is also enticing shoppers with its food and beverage options. The company partnered with well-known Seattle chefs Tom Douglas and Ethan Stowell to open three of its four restaurants.

Stowell is making his New York City debut with Wolf, which is a take on Seattle's 'How to Cook a Wolf' in Queen Anne.

Douglas came up with three concepts within Nordstrom including Hani Pacific, which features Pacific Rim-inspired cuisine.

"There's certainly plenty of Asian food in New York City, but it's just a little different focus coming from the Pacific, Hawaiian Islands focused. It's a little taste of the Northwest," said Douglas.

The retailer started as a shoe store in Seattle in 1901 and now the fourth generation of Nordstroms runs the company.

The New York store was something the Nordstrom family dreamed about decades ago. Blake Nordstrom, who served as the company's president until his death earlier this year, had a big hand in the vision of the flagship store. His footprints are cast in bronze in the shoe department, which is a tribute to his years of selling shoes and watching the floor.

"His contributions, his presence, it's felt every day throughout our whole company," said Nordstrom. "It's an emotional time for us."