The Rainier Brewing Company started in 1878 before Washington was even a state. 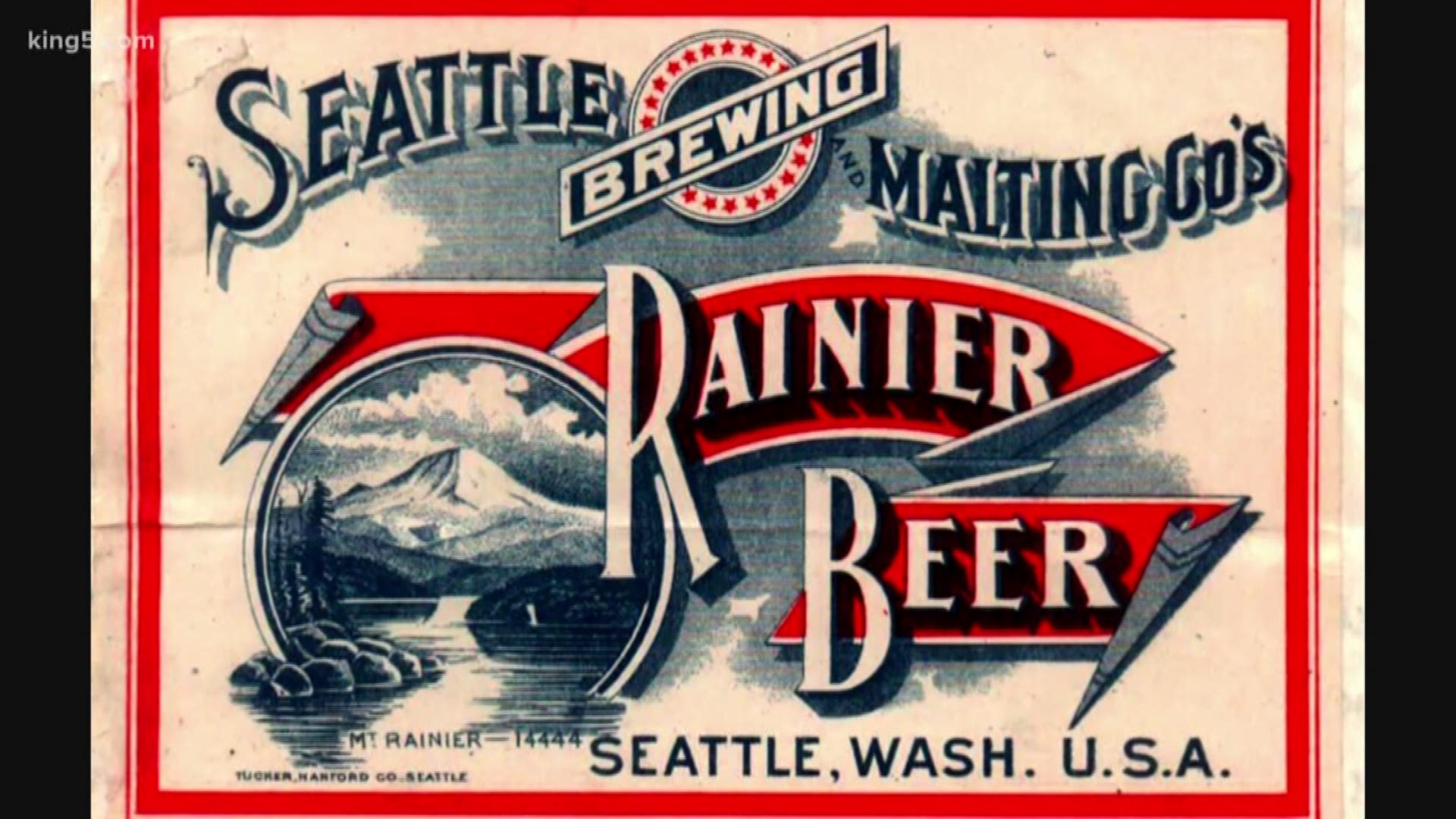 Seattle is known for a lot of things: the rain, the traffic, the beautiful mountains. It's also known for its beer.

The Rainier Brewing Company started in 1878 before Washington was even a state. The founder was a first-generation German -- from a long line of brewmasters.

"The first beer they introduced was Rainier. That was named after the mountain that dominated their view from their Georgetown brewery," said Kurt Stream, field marketing representative for Rainier Brewing and author of "Beer in Seattle." He added, "by 1914, they were the single-largest industrial institution in the state of Washington and the sixth-largest brewery in the world."

Washington voted to become a dry state. The company was given a year to stop brewing and selling beer. The company had no choice but to pack up. Thinking that national Prohibition would never hit California, they moved production to San Francisco. But they were mistaken.

"Unfortunately, 5 years later, national Prohibition hit," said Stream. "That very well could be the end of Rainier, but in 1935, Emile Sick, a Canadian brewer born in Tacoma moved to Seattle."

Sick negotiated the rights and recipes of the original Rainier and started brewing in Seattle once again, according to Stream.

Then, in the late 1990s, the company was sold. Today, it is owned by Pabst Brewing Company. The company says brewing came back to the Pacific Northwest in 2015. That's when it introduced its Pale Mountain Ale, which is brewed at the Redhook Brewery in Seattle's Capitol Hill Neighborhood.

In 1954, the iconic Rainier 'R' sign was raised above the Georgetown brewery and became a landmark for the Seattle skyline. According to Stream, the sign used to look a lot different than it does today.

"Originally, it flashed and went around in circles.13 years later, they were forced to make it stationary with the building of I-5 a mere feet from the brewery," said Stream.

When Tully's took over the brewery in 1999, they replaced the red 'R' with a green letter 'T.' Stream says he doesn't think that ever sat right with Washingtonians. So in 2013, Rainier Brewing was able to get the "R" back up on top of the old brewery.