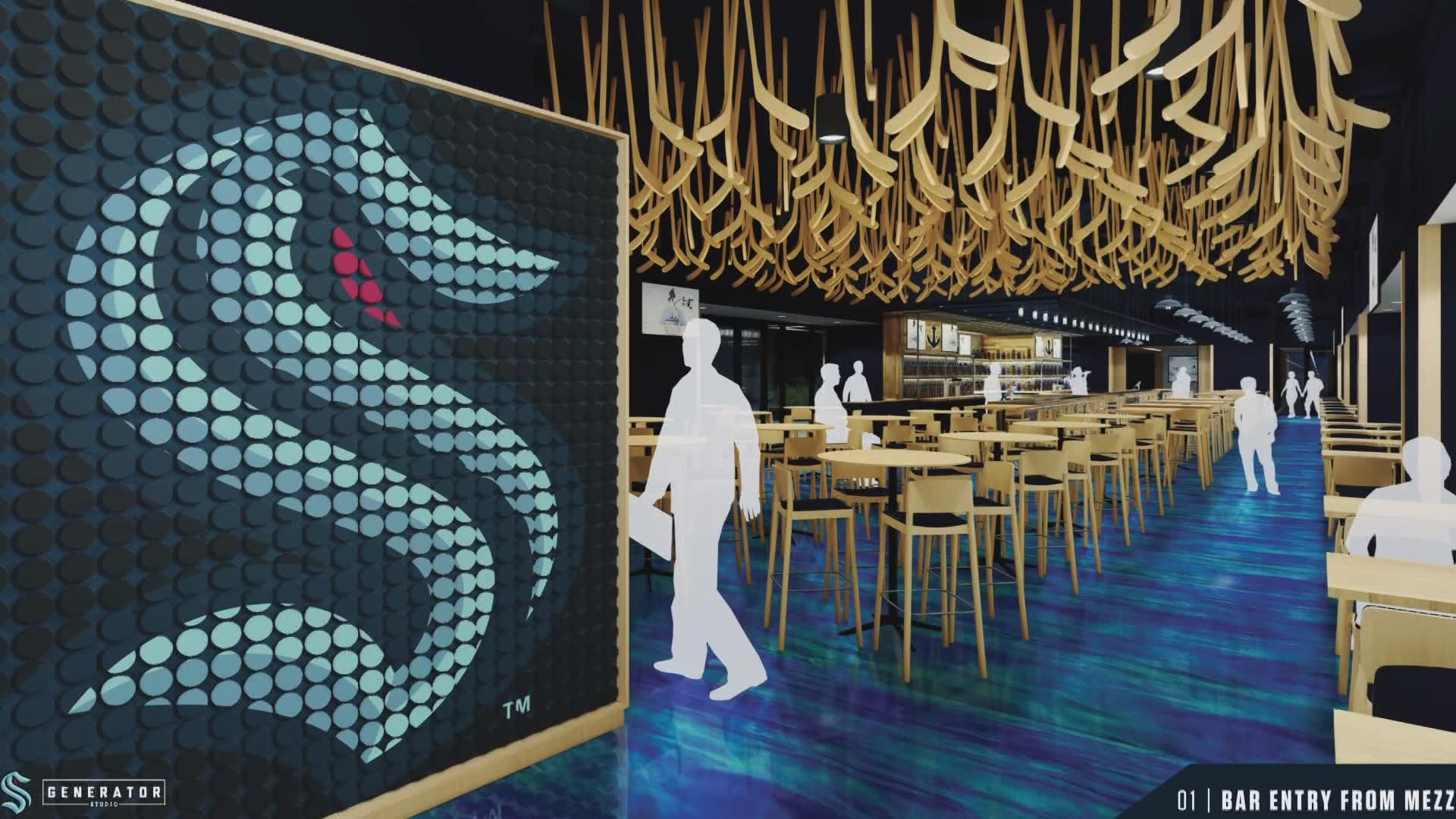 SEATTLE — FX McRory’s is back, kind of.

“It will be the Kraken Bar and Grill, official name, but it's going to have the FX McRory's spirit in a hockey bar,” said McHugh on Thursday.

It’s been four years since he had to close the decades-old FX, as it came to be known. It was one of the first sports bars in North America when it opened in 1977. The Pioneer Square spot was also one of the first in the country to pour Guinness, and McHugh’s cheerful persona helped welcome dignitaries, politicians, and sports fans alike, whether they were visiting the Kingdome, or the stadiums that have been built since.  It was forever immortalized by the late, great expressionist Leroy Neiman, in a piece of art that hung on walls of the old brick building on Occidental.

McHugh had promised to reopen, shortly after the closure in 2017, and carry on in another building near the Stadium district.

“I looked at 16 places in Pioneer Square, none of them worked one way or another, and I thank God every morning, cause COVID came, and where would I have been if I signed a big lease,” he said.

A look at plans for the Seattle Kraken's flagship restaurant:

1 / 3
Seattle Kraken
The former owner of FX McRory's is taking the helm of the Seattle Kraken's flagship eatery in Northgate. Here's a first look at plans for the restaurant.

The Kraken Bar and Grill will overlook the team’s two main rinks, including the main sheet of ice used by the team. McHugh is also promising 17 TVs inside, with views of the 15’ x 25’ LED screen at the end of the main rink.  It is scheduled to open around or after Labor Day, says McHugh, who adds that he’s been working with Ebbets Field Flannels to adorn the walls with retro hockey jerseys. There will probably be a few artifacts from the old FX on the walls too. The first phase of the building is also scheduled to open around the same time, in advance of Climate Pledge Arena, which is also now scheduled to open to the public in October.

McHugh doesn’t sound like he’s aggressively pursuing an FX return anymore, especially given the pandemic. “Yeah, for the time being anyway, I never want to say never, but yeah,” he adds, “Northgate is really the spot right now.”