Amazon's announcement that it will move several thousand employees from Seattle to Bellevue is a reminder that there's a lot of real-estate competition for tech companies. 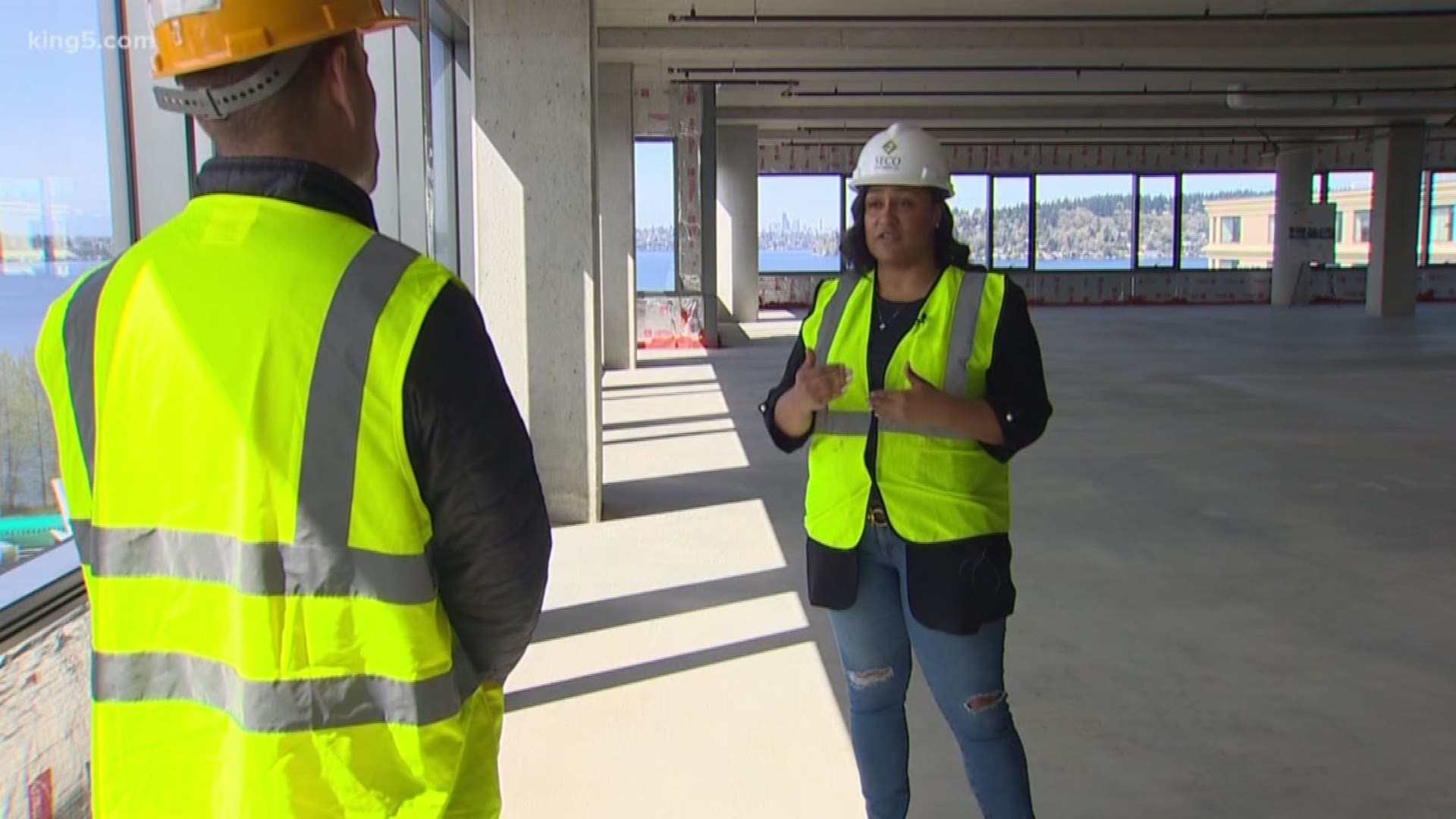 RENTON, Wash. — Amazon's announcement that it will move several thousand employees from Seattle to Bellevue over the next few years is a reminder that there's a lot of real-estate competition for tech companies and their workforces.

Some shiny new projects throughout the region hope to spur more moves and relocations with perks companies might not get in larger cities.

“We’re ready,” said Rocale Timmons, senior vice president of planning and development for SECO, which is about to open three towers of office space at the south end of Lake Washington in a project called Southport.

They haven't announced any tenants yet, but hope to attract companies to a smaller city, eager to diversify its workforce beyond Boeing, which has dominated Renton’s economy for decades.

“Because of the warm political climate, we're able to move at a fast clip to get additional office space going, in contrast to other communities in the region,” Timmons said.

In Bellevue, the Spring District development is designed specifically to help tech companies attract and retain talent, with new apartments, parks, a brew-pub, and a graduate academic institute focused on technology innovation.

The project is especially enticing because just steps away a new light rail station is under construction. The line is scheduled to open in 2023.

REI already announced it will relocate to the Spring District from Kent. Facebook plans to move in as well. Developers said there's a strong need for the new space with office vacancy throughout the region near record lows.

But offices alone are not enough.

“They’re trying to get their employees happy and in order to do so they need that entertainment, that retail space, those restaurants. They need those amenities,” Timmons said.

Southport’s offices include bike and kayak storage, locker rooms with showers, the option of a rooftop helipad, energy-efficient infrastructure designed for technology businesses, and more than 11,000 feet of retail space.

The project will have seven to eight restaurants and is situated right next to The Landing, a sprawling shopping and dining plaza with a movie theater.

“We check a lot of boxes, that a Seattle and potentially even a Bellevue, don’t check,” Timmons said.